2nd press is on black or olive green vinyl. 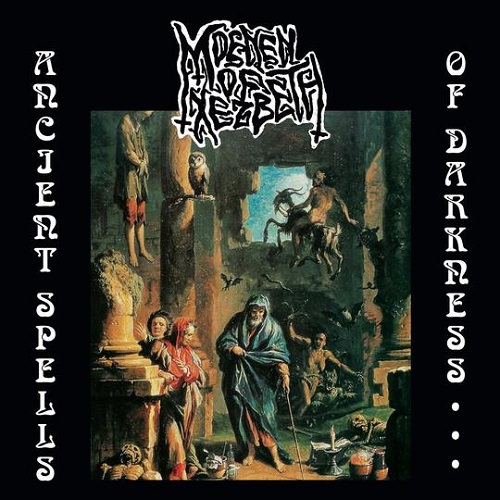 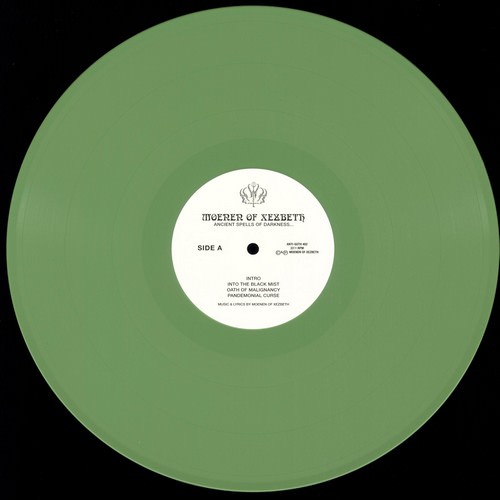 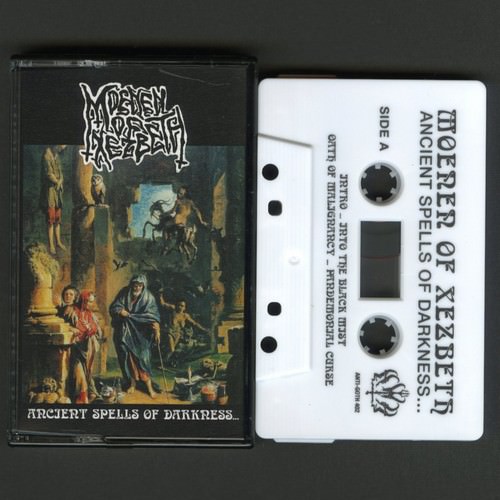 (Description by C. Conrad)
Conjuring the sinister spirits of yesteryear, Moenen of Xezbeth rises to deliver its first full incantation of mid-paced black metal, “Ancient Spells of Darkness…,” with its seven arcane invocations primed to unleash their plague on all who bear witness. Captured with the same approach and under the same austere conditions as its preceding demo and EP, “Ancient Spells of Darkness…” thus realizes the same unearthly effect, yet it is even more sinister and oppressive. These foreboding hymns serve as a conduit for the return of the original black flame, which was first sparked by Moenen of Xezbeth’s revered forbearers, has since nurtured itself in the underworld, and is now emboldened to return in its dark glory.

*European version of the tape by Gramschap. Europeans are encouraged to order the tape from http://schalendergramschap.blogspot.com/

Posted on October 11th, 2018
Written by Insulter
Filed under Uncategorized