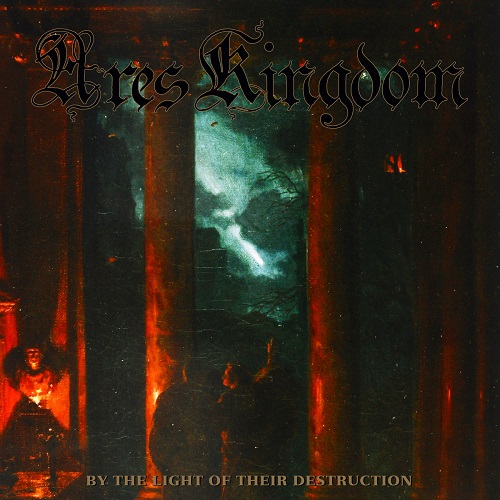 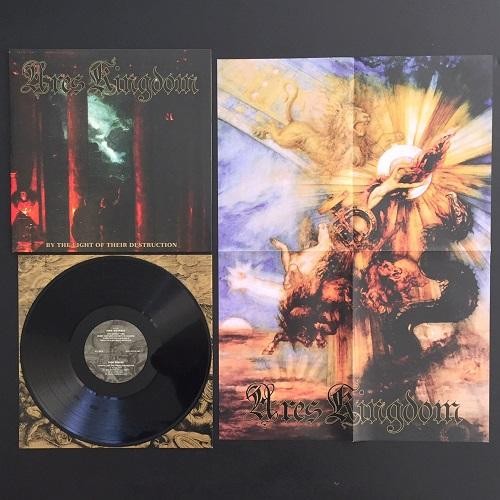 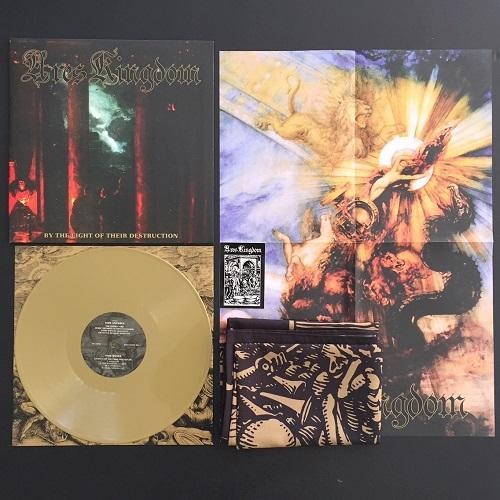 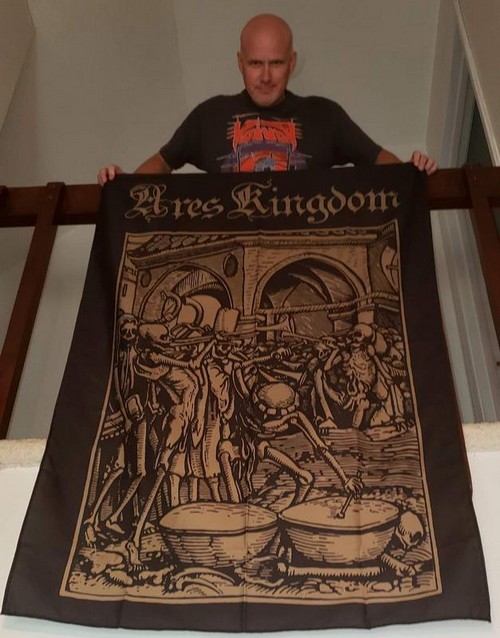 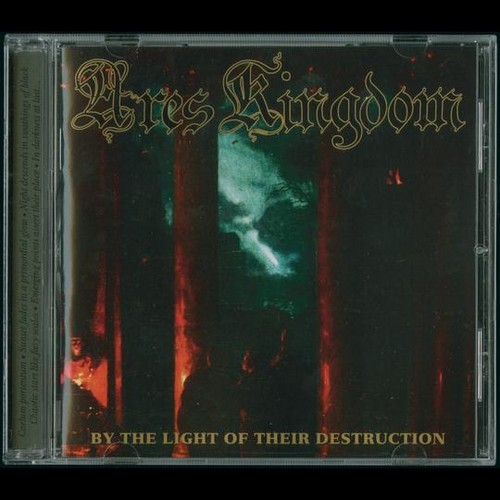 (Description by J. Campbell)
It has been more than 20 years since Order From Chaos alumni Chuck Keller and Mike Miller recorded their first demo under the name Ares Kingdom. After the demo, nearly a full decade passed before Ares Kingdom released their first full-length album, “Return to Dust.” By that time, the band was operating as a four-piece with Alex Blume (Nepenthe, Blasphemic Cruelty) and Doug Overbay joining the fold. Overbay left the band following the release of the second album, “Incendiary,” and, operating as a trio since that time, the band’s sound became ever more taut, elemental, and savage. This new album, “By the Light of Their Destruction”—the fourth full-length in the Ares Kingdom catalog, not counting the band’s 2013 compilation of cover tracks entitled “Veneration”—departs thematically and sonically from the band’s prior work, with darker melodies and heavier instrumentation signaling a stylistic shift from the three earlier albums
According to Keller, the catalyst for the new collection of songs was his discovery of some unused song ideas created for Vulpecula, the celestial black metal project that Keller worked on after the dissolution of Order From Chaos. Keller began repurposing the incomplete songs for presentation under the Ares Kingdom banner. In contrast to the empyreal nature of Vulpecula, Ares Kingdom’s music has always been terrestrial and visceral, inspired by earthly turmoil. Weaving the two together has produced a decidedly different type of Ares Kingdom composition, extending from the blood-soaked soil of the battlefield trenches to the star-strewn infinity of the heavens in a way that is reminiscent of Order From Chaos. Indeed, one hears in these tracks stronger echoes of Order From Chaos than in any of Keller’s other subsequent output.
The precision and sharpness of Keller’s guitars are kept aloft by the stalwart machinery of Miller’s drums and Blume’s bass. But Miller and Blume offer more than scaffolding for the riffs; the bass and drums are separate heads of the Hydra, attacking furiously in tandem with Keller. The drumming in particular deserves special recognition. Miller is among the rare class of drummers whose performances provide a solid foundation while simultaneously assuming a dominant role in the forefront of the mix, as frantic and integral as the guitar. The darker atmosphere conjured on the new album is also well-suited for Blume’s commanding vocals, which are more varied than on the previous albums.
Of course, when describing Ares Kingdom, one must call attention to the band’s compositional brilliance. Like its predecessors, this album was years in the making. To call Keller meticulous, is an understatement; his devotion to the craft of composition is legendary. Everything on this album is painstakingly sculpted, even the blurred constellation of notes in the solos. While Keller’s reputation as among the greatest guitarists in the extreme metal scene has never been seriously questioned, his lyrical craft is seldom discussed with the same degree of reverence, though it should be. Drawing upon Keller’s education in and appreciation for martial history, the prior Ares Kingdom albums focused predominantly on matters of weaponry and war. The thematic inspiration for this album is quite different. Keller’s lyrics for “By the Light of Their Destruction” read like poetry, evoking more obscure imagery. The band’s martial theme still permeates the album but is augmented by stories of ancient gods, their myths and symbols, and their sublime manifestations in the world of men.

Posted on October 1st, 2019
Written by Insulter
Filed under Uncategorized