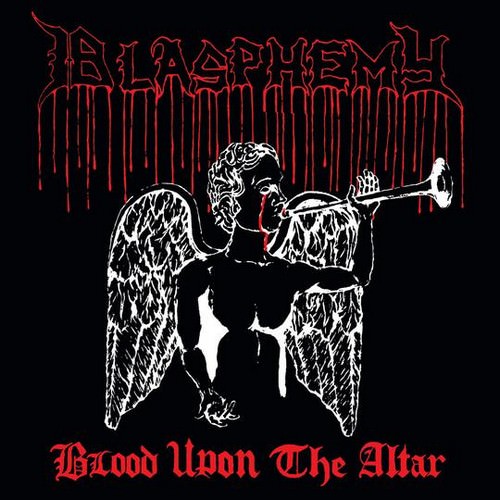 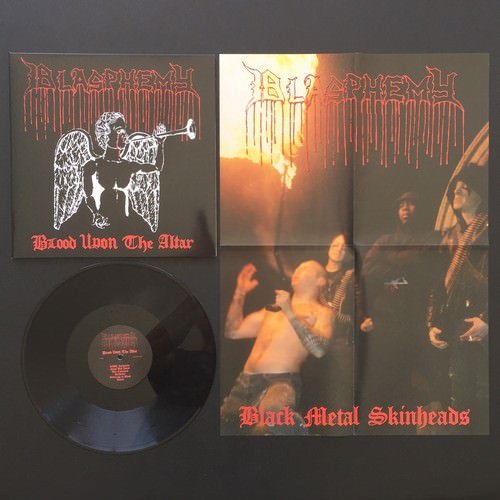 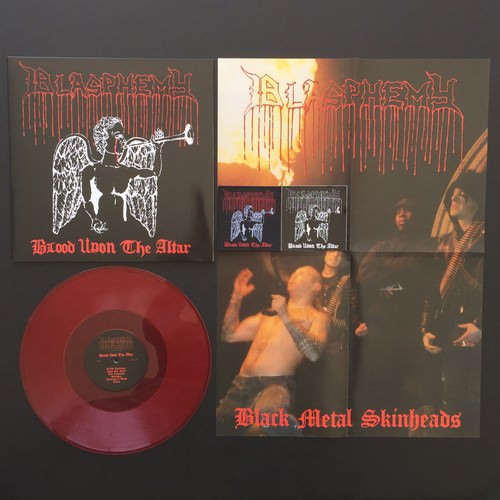 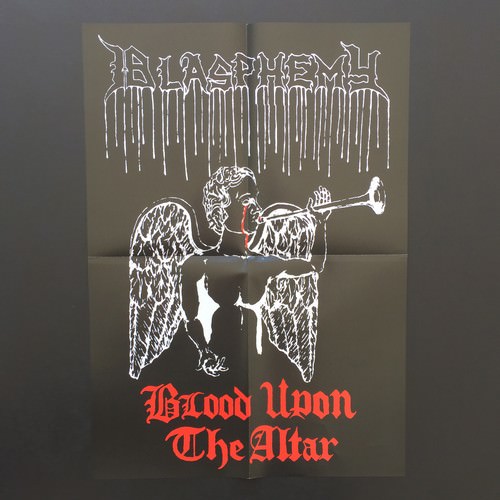 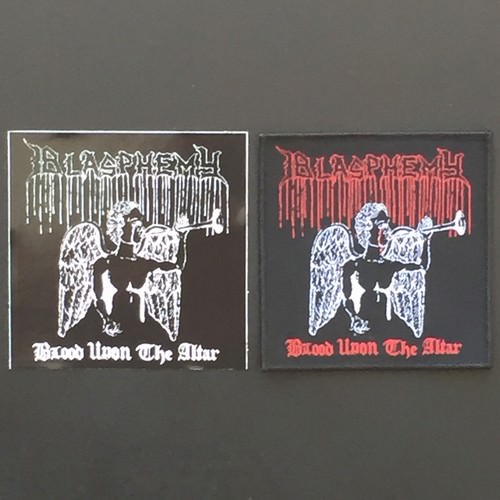 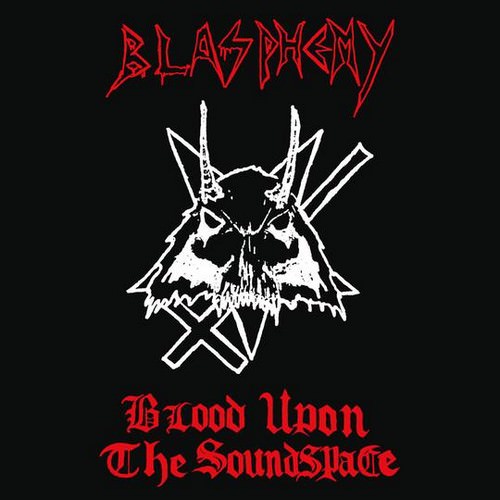 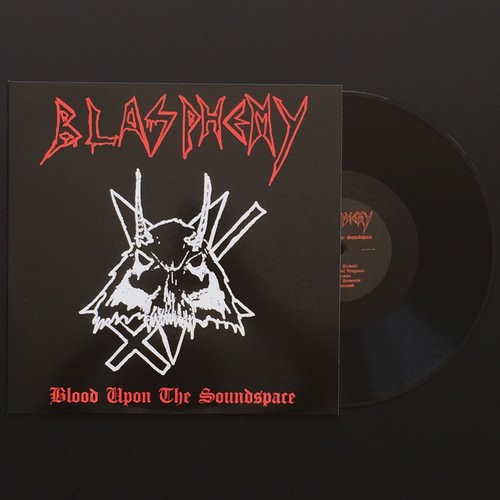 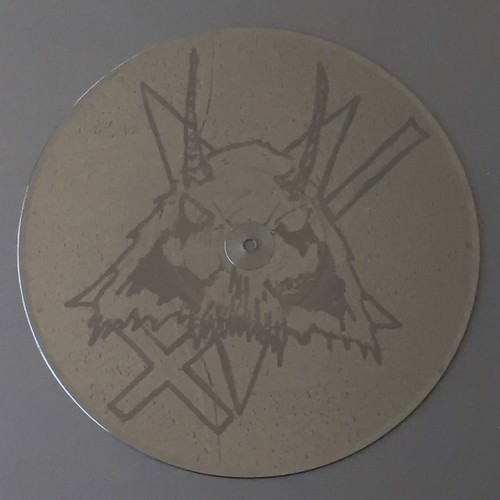 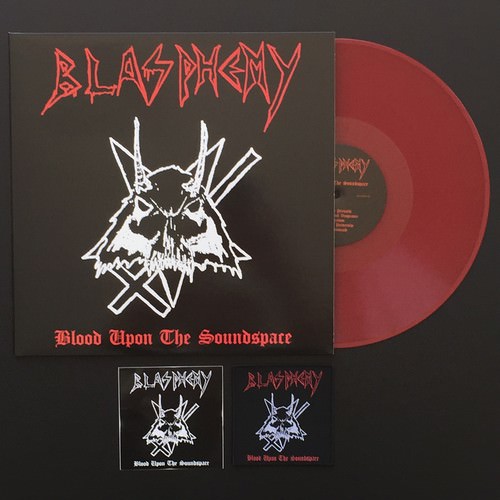 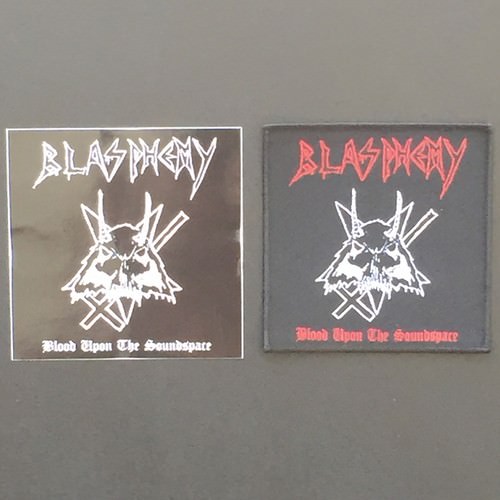 (Description by J. Campbell)
Following the recent reissue campaign, NWN! is honored to present the first official release of a rarely heard 1989 rehearsal recording, Blood Upon the Soundspace. This crude open-air mic recording captures the unvarnished vigor of Blasphemy in a way that the contemporaneous studio recordings cannot. The rehearsal took place in Blasphemy’s practice space sometime following the release of the Blood Upon the Altar demo as the Desecraters were writing material that would later appear on the 1990 debut LP, Fallen Angel of Doom. Four of the five tracks feature songs that would be recorded for the album, with “War Command” being the only exception. The live performance of these tracks in the band’s rehearsal space is devastating and showcases a side of Blasphemy that many have never previously heard. The unified front of the instrumentation—the blunt force of Black Winds’ bass assault, the wicked precision of Black Priest’s rhythm guitar, Black Hearts’ furious drumming—is undeniably powerful. Black Winds’ raw vocals, raspier than on the studio recordings, drive the intensity of the performance, while Caller’s renegade solos are characteristically unhinged and frantic. The band only produced a handful of these rehearsal tapes for distribution to close associates. This version of the recording is taken from a tape Black Winds sent to Metalion (Slayer Magazine) in May of 1989—one of the only known extant copies—and is newly mastered by James Plotkin to enhance the audio where possible. (Note that the first track, “Darkness Prevails,” is noticeably more distorted than the rest of the recording.) To maintain the authenticity of this release, the cover features original artwork created in 1988 by Black Priest and screenshots taken from a video recording at the Blasphemy rehearsal space during the same era.

Posted on September 6th, 2018
Written by Insulter
Filed under Uncategorized