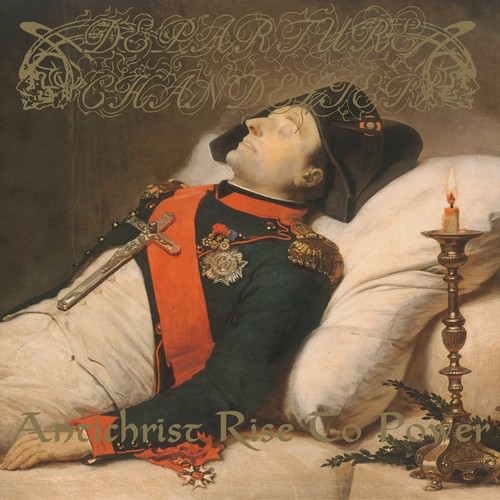 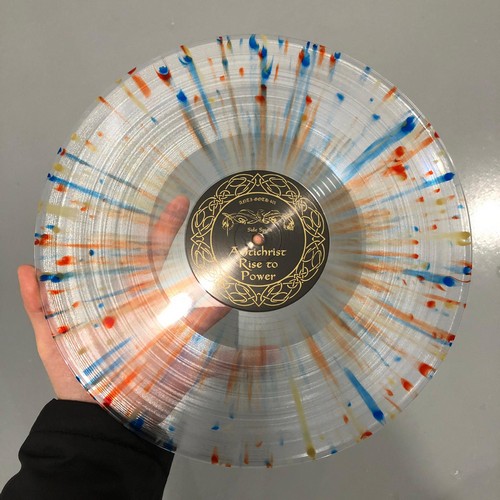 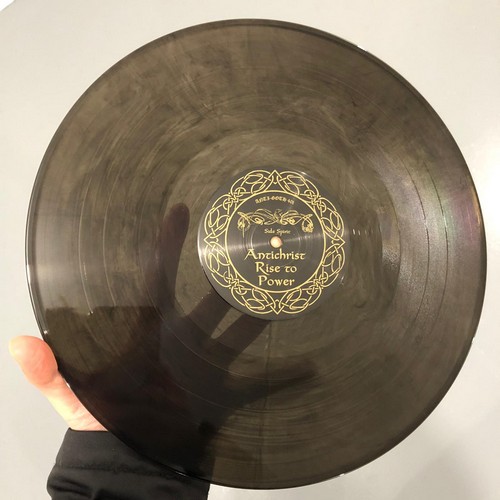 Antichrist Rise to Power is a violent declaration of allegiance to the Emperor’s dominion, from the mud-covered skeletons of Marengo to the jagged cliffs of St. Helena. The noble acceptance of forced exile, the inescapable chill of the prison cell, and the cruel rush of combat all fill the aristocrat’s appetite for his boundless quest for honor. Napoleon’s coronation—the Anti-Christ’s ascent—left the earth damp with the crimson blood of elitism. The soldier becomes the Emperor, deified and worshipped, then confined, and cast out from nobility to imprisonment, the dim light of Europe lost against the impenetrable cascade of invasion. In his cold, damp room at Longwood House, the candles surrounding him extinguished; the last traces of light dispersed into the smoke as Napoleon’s regal remains expired in mystery. The demigod’s defiant transformation embraced through the talons of the Accipitridae! In December 1840, the ashen remains of his body, exhumed and defiled during autopsy from St. Helena arrived in a black coffin shrouded in white silk by the charter La Belle Poule to the Hôtel des Invalides in Paris. Despite his exile and the trophy-like display of his intestine at The Royal College of Surgeons in London, his legacy of tyranny disguised as reform (Napoleonic Code) remains forever sewn into the fabric of Europe and the West Indies.
Departure Chandelier’s music shimmers with the aesthetic ardor of apotheosis. It is a communion with the deceased, tracing the pathway of life transmuted into death over dishonor. Although comprised of members of Akitsa and Ash Pool, Departure Chandelier is wholly unique in style and substance and bears little overt resemblance to either of those projects. Recorded nearly a decade ago, DepartureChandelier’s debut album, Antichrist Rise to Power, actually preceded the band’s demo, The Black Crest of Death, The Gold Wreath of War, which was released in 2011 on Tour De Garde. Recorded in a basement at grave-level behind the New York City Marble Cemetery (the oldest cemetery in New York City), established as a repository for the dead in 1831, just a decade after Napoleon’s death. Within the gates of the small graveyard (where photography for the album was taken during a rare snowstorm) each plot is commemorated with a marble tomb.
Compositionally, one hears the heavy influence of Bathory and other seminal acts overwritten by the sound of classic French black metal such as Osculum Infame, Bekhira, Chemin de Haine, Cantus Bestiae, Machiavel, and Ordo Templi Aeternae Lucis. The tracks are rich in melody interspersed with an air of intransigent pride and adorned in the opulent ornamentalism of aristocracy and empire. Keyboard stabs and swells outline the riffs, accentuating the guitar’s stately thrust. Rising out of the music, the vocals seethe, the commingled expression of scorn for life and spiritual dissent. The recording manages to capture the best elements of raw black metal, leaving the guitars brittle and charged, while simultaneously supplying depth and balance. The juxtaposition between the lean, stripped down essence of the recording with the ornate and complex melodies and florid compositional accents is a perfect complement to the album’s boldly unique detail of the Napoleonic era.

Posted on February 13th, 2020
Written by Insulter
Filed under Uncategorized