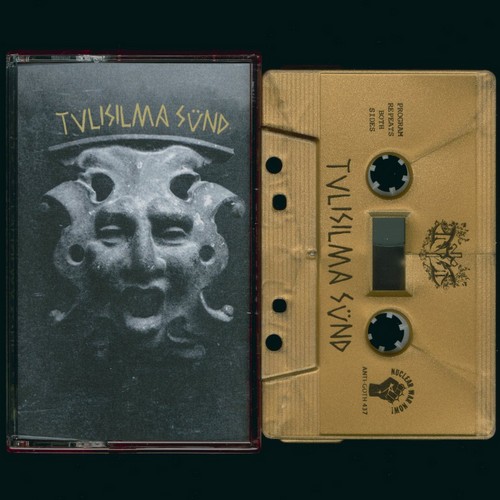 (Description by C. Conrad)
As the first in a series of several early recordings from Loits, Nuclear War Now! is pleased to present the cassette reissue of the band’s studio demo rehearsal from 2000, “Tulisilma Sünd.” Comprised of six tracks from its earliest days, this recording served as a preview to many of the compositions that would later be included on the band’s brilliant debut album, “Ei kahetse midagi,” which was released approximately one year later. Those familiar with the band’s output are likely to reference the obvious influence from the great Master’s Hammer, which is undeniable. However, Loits also distinguishes itself by incorporating more folk elements to its brand of black metal, and its lyrical themes include those of paganism, war, and nature. Later this year, NWN! promises to appropriately complement this release with vinyl editions of both the aforementioned debut album and its 2004 follow-up, “Vere kutse kohustab.”

Posted on March 28th, 2019
Written by Insulter
Filed under Uncategorized