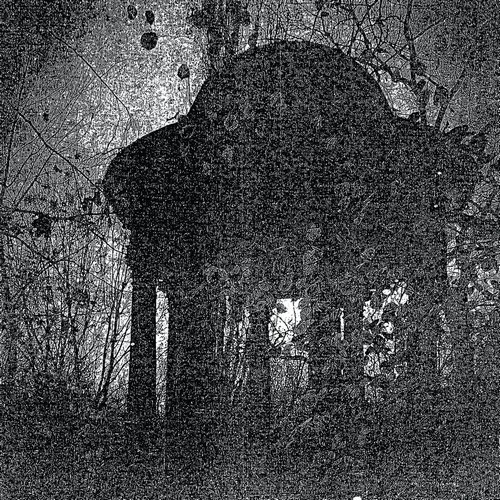 (Description by C. Conrad)
Nuclear War Now! heralds its alliance with Dead Dog’s Howl in releasing the band’s debut recording, “Mausoleum of Confessed Thoughts,” a three-song demo that pays homage to the traditions of early-nineties Greek black metal. Comprised primarily of the mastermind behind Cemetery Lights and a veteran Polish maniac, Dead Dog’s Howl clearly draws its strongest influence from the iconic sound pioneered in the earliest recordings of Necromantia. The progressions of single notes, tremolo-picked in sequence throughout, create a hypnotic quality which is complemented by the half-spoken/half-whispered vocals that narrate the obscure lyrics penned by none other than Jim Mutilator of the original Rotting Christ lineup. These elements are enhanced by the subtle but effective presence of keyboard accompaniment that adds an additional layer of dreadful mystique that binds the instruments and voices into a single amalgam of malevolent intent. The austere recording conditions, as evidenced by the use of the venerable Tascam Portastudio 4-track recorder, contribute directly to the authentic spirit of the demo and reflect those that it emulates, and the mixing/mastering performed by MM serve as its final confirmation. The net result is one that captures and resurrects the pure spirit and form of the all-but-forgotten rites of ancient black metal.

Posted on April 24th, 2019
Written by Insulter
Filed under Uncategorized