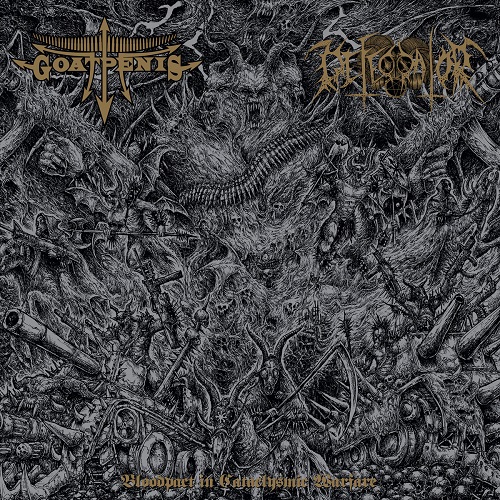 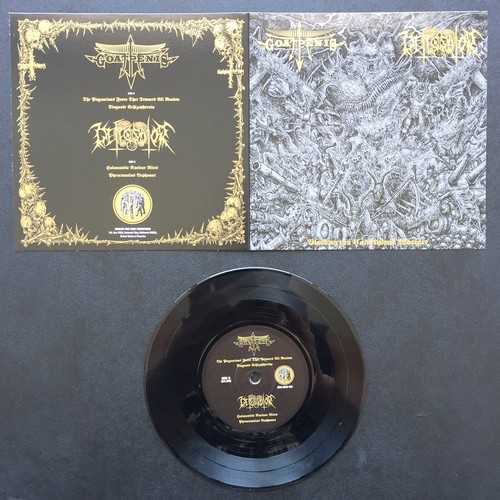 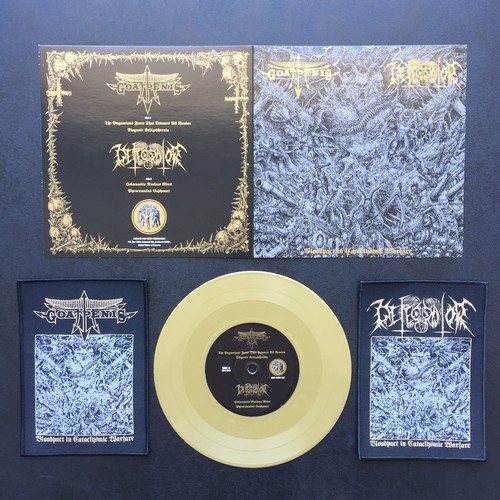 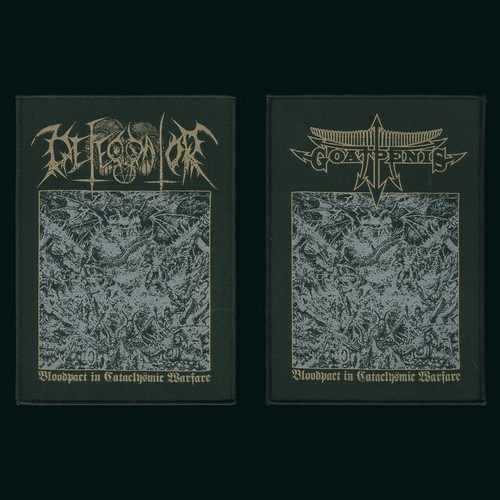 (Description by C. Conrad)
The infamous Brazilian black metal warmongers, Goatpenis, team up with Defecrator, appropriately under the banner of Nuclear War Now!, to launch a joint assault entitled “Bloodpact in Cataclysmic Warfare.” Goatpenis follows up its 2017 full-length, “Anesthetic Vapor,” with a brand-new track, “Diagnose Schizophrenia,” and a re-recording of “The Pugnacious Force That Devours All Reason,” which boasts an improved production quality and more balanced mix than its original version from the “Biochemterrorism” album. Whereas Goatpenis needs little introduction due to its twenty-five-plus years of venerability in the bestial black metal underworld, its co-conspirators are comparatively lesser-known. Hailing from Sacramento, California, Defecrator emerged in 2014 and has released a handful of recordings since. Most notable among these is this year’s debut full-length, “Abortion of Humanity,” whose title captures the essence of the band’s scorn of mankind, which matches perfectly with that of Goatpenis, and is realized in the band’s own violent amalgam of deathly black metal. In effect, “Bloodpact in Cataclysmic Warfare” aptly pairs two hordes of similarly malicious intent and execution who represent both the old and new guards in bestial black metal.

Posted on July 2nd, 2019
Written by Insulter
Filed under Uncategorized