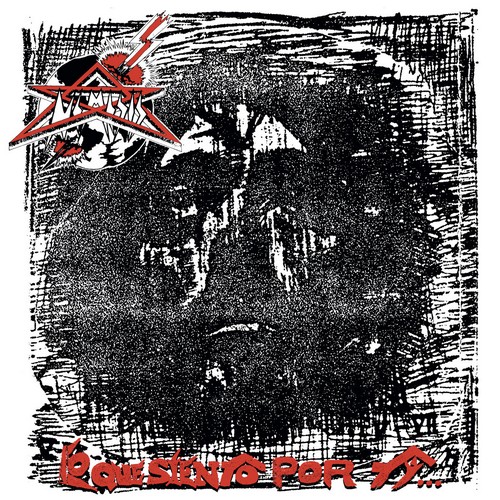 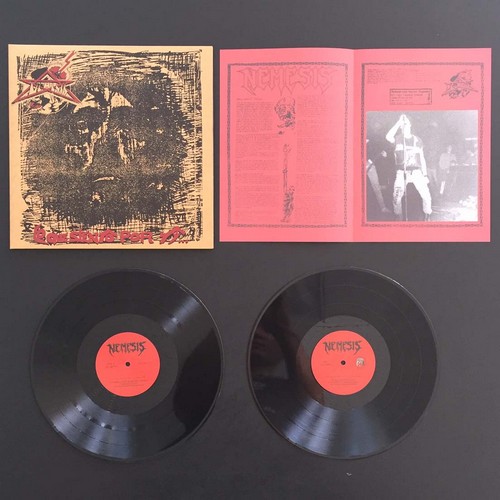 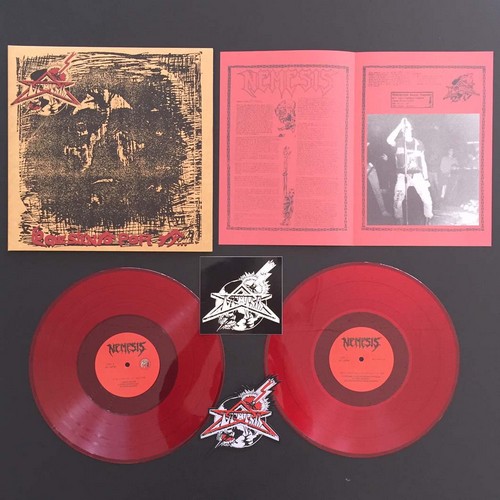 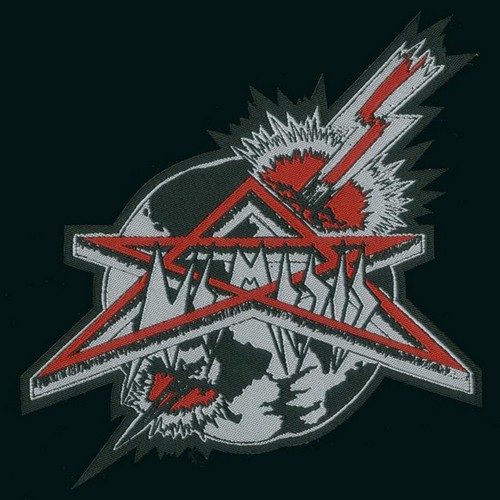 (Description by J. Campbell)
By now, most fans of extreme metal are familiar with the “ultrametal” style that flourished in Colombia in the late 1980s and early 1990s. Medellín was the central node for this scene, which included such notable bands as Parabellum, Reencarcnacion, and Blasfemia, just to name a few. The city’s musical undercurrent of deviant punk and metal was cinematically memorialized in the 1990 film “Rodrigo D.: No Futuro,” which featured actual street kids instead of professional actors and was the first Colombian film to be entered at the Cannes Film Festival. Judging from the large number of active bands during that era, the city was apparently teeming with alienated and disaffected adolescents seeking cathartic release for their hostile emotions. Though Nemesis lacks the name recognition of the aforementioned ultrametal bands, the band’s sound is undeniably in keeping with its peers from that era. The same brittle and abrasive guitar tone that dominates much of the Medellín sound is present on these recordings, but Nemesis arguably have a slightly more sophisticated approach, more influenced by metal than punk. Like many of the Medellín bands (i.e. Astaroth, Herpes, Gloster Gladiator) Nemesis’ only vinyl recording was a self-released 7” entitled “Hombre: Oveja Negra Del Universo”, which came out in 1988. Two years later, Nemesis released their full-length demo, “Lo Que Siento Por Ti,” after which the band receded into the distant memory of the Medellín underground. Over the last decade or so, the resurgence of interest in that scene has led to the excavation of a handful of nearly forgotten classics, and, fortunately for fans of the genre, these Nemesis recordings are no longer lost to obscurity. Two years ago, the French label Epidemia Records reissued a vinyl edition of the 7” and a CD version of the demo, at last making these recordings widely available. This DLP edition, a joint project between NWN! and Epidemia, marks the first time both titles have been collected for a single reissue.

Posted on August 20th, 2019
Written by Insulter
Filed under Uncategorized