The Mezmerist “The Innocent, the Forsaken, the Guilty” LP Out Now

The Mezmerist “The Innocent, the Forsaken, the Guilty” LP
ANTI-GOTH 439 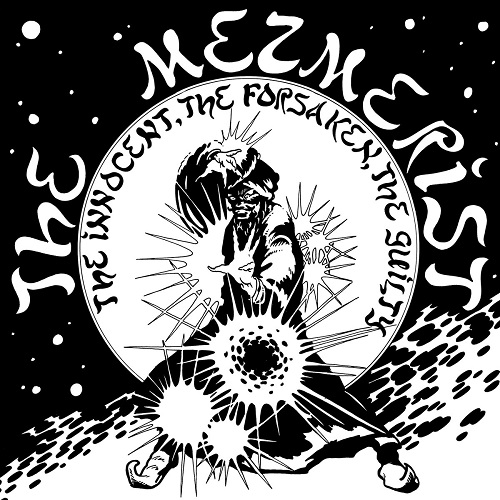 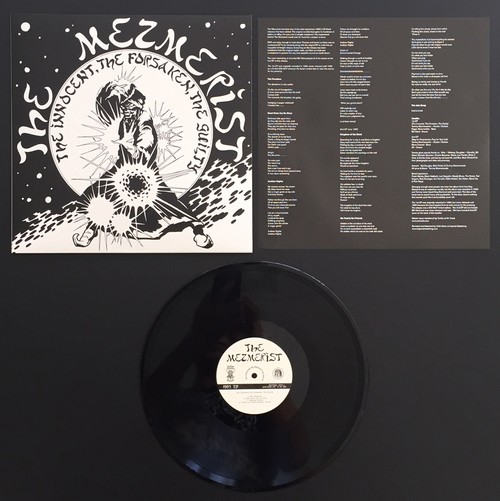 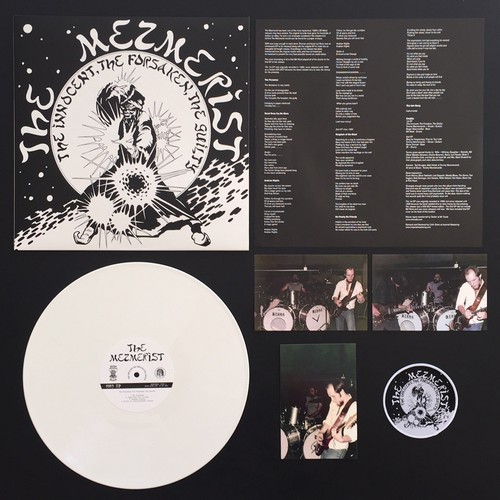 (Description by C. Conrad)
Very few obscure relics of early-1980s U.S. heavy metal are as storied as those of The Mezmerist, a band long shrouded in a mystique that is befitting of its name. Under the creative direction and songwriting of founder/guitarist/vocalist Tommy Mezmercardo, The Mezmerist recorded two EPs and a short demo between 1983 and 1989, but it wasn’t until a 2013 compilation CD release from Shadow Kingdom Records that the band’s music became more readily available to the general public. Prior to this reissue, one would have had to pay exorbitant amounts of money on the collectors’ market to obtain an official copy of the band’s first and most fabled EP, “The Innocent, The Forsaken, The Guilty.” The most noteworthy contributing factor to the rarity of this EP was the fact that the percussion on it was performed by none other than Bill Ward, one of the original four grandfathers of heavy metal, and his contract with his “other” band precluded him from publishing a work with another artist that overtly recognized his involvement. Thus, the collaboration was largely kept in secret, aside from the discreet mention of his name in the credits of a record that was pressed in only five hundred units in 1985, approximately two years after its recording in 1983.
The path leading to Ward’s participation on this recording was as unlikely as it seems, given his collaborator’s lack of status at the time. Mezmercardo had only begun playing guitar a couple of years prior to initially approaching Ward at a beach party at which the latter was performing with a cover surf rock band. One thing led to another, and Ward paid a visit to Mezmercardo’s house about a month later to hear a demo that he had recorded on his 4-track machine. Ward was impressed enough to agree to record with him and the result was the psychedelic heavy/doom metal EP with Arabian influences and falsetto vocals that remind one of Mercyful Fate, in spite of Mezmercardo’s assertion that he had never heard the band with whom his music was possibly most frequently compared.
Ward and bassist Roger Abercrombie, whom Mezmercardo credits as an accomplished musician in his own right, were replaced with a different rhythm section for the 1985 recording of the second EP, “Beg for Forgiveness, Pray for Your Life,” which ended up not being released until its inclusion on the aforementioned Shadow Kingdom CD from 2013. This sophomore recording is a more conventional example of heavy/doom metal in that both the falsetto vocals and the more exotic lead guitar phrasings are gone, and the percussion is noticeably more aggressive and less nuanced than that of the recognizable style of Ward. That said, the musicianship is not at all any less competent, and the record instead showcases Mezmercardo’s ability to write and perform music in varying styles.
As a split release with Shadow Kingdom Records, Nuclear War Now! is proud to present a vinyl LP compilation of both EPs, featuring audio taken from the original master reels, a layout that appropriately mirrors that of the original EP, and an additional insert with a rare band photo, lyrics, and liner notes. With this reissue, a chance encounter and the ensuing collaboration between a legend of heavy metal and an unknown musical visionary is recaptured, and the elusive history of The Mezmerist is properly given its due.

Posted on September 4th, 2019
Written by Insulter
Filed under Uncategorized