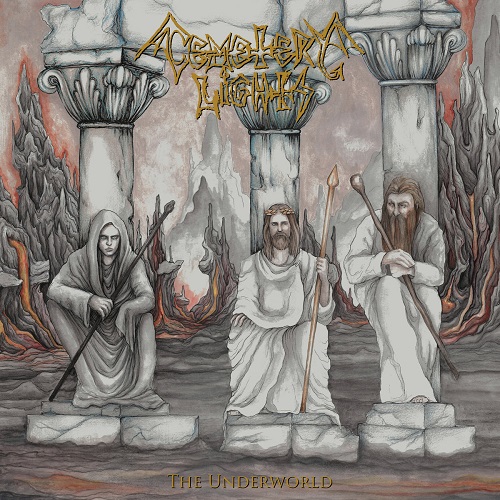 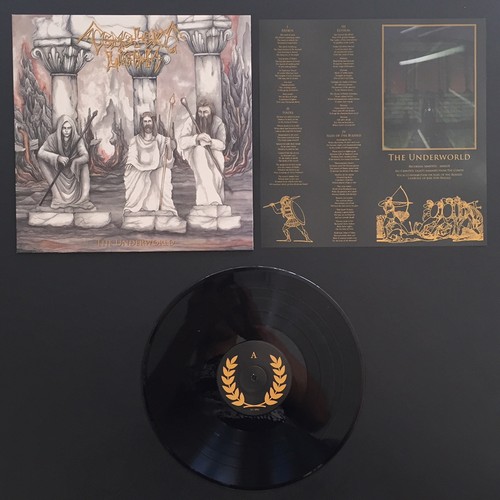 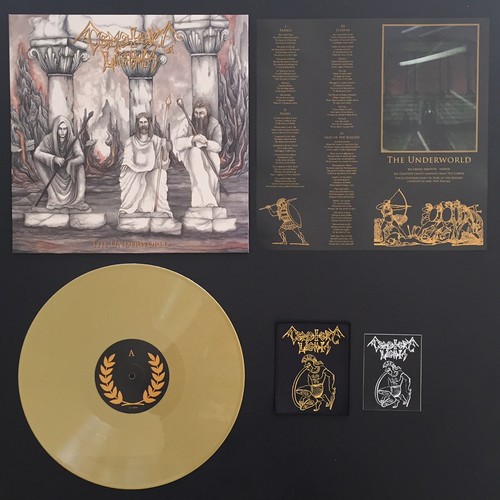 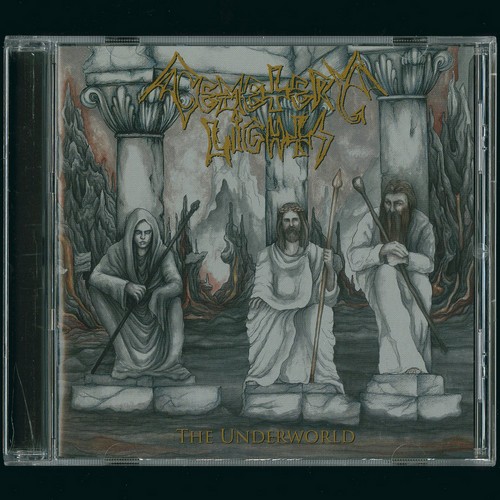 (Description by C. Conrad)
With its two demo EPs from 2018, Cemetery Lights rightfully gained the attention of the black metal underground for its atavistic approach that melded the sounds of various influences from decades-gone-by to produce an early body of work that somewhat resembled a newly-discovered series of recordings from the vault of Unisound Records. With its thematic focus on a ritual of exorcism from ancient Rome, the first of these demos, “Lemuralia,” demonstrated that the band not only worshipped the sound of mid-90s Mediterranean black metal, but also the ancient history and literature of the region that helped set the stage for its birth many centuries before. Within a few months, Cemetery Lights released its second demo, “The Church on the Island,” which offered a somewhat more expanded glimpse of the full palette of the band’s inspirations and increased anticipation for what its first full-length would bring. Approximately one year later, this debut album is realized with the release of “The Underworld” on Nuclear War Now! Productions. Composed of eight songs written primarily between 2009 and 2014, one would not necessarily expect “The Underworld” to take a step significantly beyond the two aforementioned demos, given that the tracks from these were composed and recorded at the same time. Nonetheless, the band’s sole member paid exceptional attention to writing and recording an album that would pay appropriate tribute to the worldwide influence of Greek literature over the past several millennia. Rather than rehashing themes that had already been explored by others previously, the goal was to delve into this mythology in a way that had not yet been done. As such, instead of paying homage to the characters in these narratives, “The Underworld” seeks to describe the realms that those characters occupied. Thus, the music and lyrics are paired, for example, to boldly proclaim the splendor of Olympos, the dread of Tartaros, and the melancholy of The Fields of Asphodel. This outcome was achieved in great effect through careful study of primary tomes, such as Homer’s “The Odyssey” and Hesiod’s “Works and Days,” as well as several other complementary texts. Another significant way in which “The Underworld” differs substantially from the preceding demos is with the inclusion of live percussion. Having been a band consisting of a single member since the beginning, it was more convenient to use programmed percussion on the demos. For the album, on the other hand, additional effort was expended to learn how to properly record live drums, which was done along with all other instrumentation in the band’s private studio. The result is one which adds to the dramatic effect of the grandiose songwriting and contrasts sharply with the more sterile sound of programmed percussion. With its thematic reference to Greece’s classic literature and its musical reverence of the country’s influence in black metal history, “The Underworld” stands out as a present-day example of an album that is much more than just a collection of songs written and performed in a similar vein, but instead a singular work that represents the ideal confluence of theme and music.

Tape versions will be released in early September.

Posted on September 4th, 2019
Written by Insulter
Filed under Uncategorized