Nocturnus “The Science of Horror” LP Repress Out Now 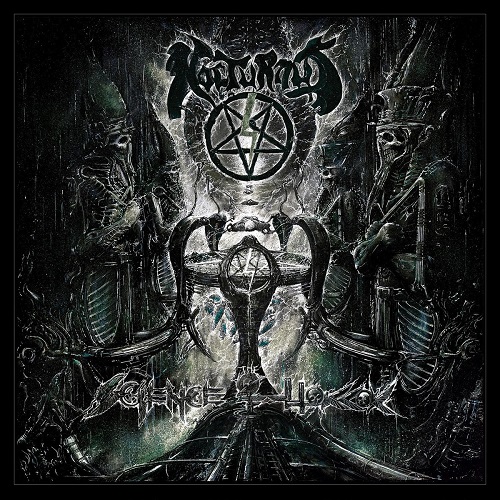 (Description by C. Conrad)
Although he played a pivotal role in the emergence of the early U.S. death metal movement as both a co-founder of Morbid Angel and a member of Incubus in the mid-to-late-1980s, Mike Browning’s legacy is most inextricably tied to his involvement in Nocturnus in the late-80s and early-90s. In 1990, Nocturnus revolutionized death metal with the release of its first full-length album, “The Key,” which for the first time in the history of the sub-genre incorporated keyboards as an essential element of a death metal band’s sound. During a critical three-year period prior to the release of this album, Nocturnus developed this unique sound, as documented by two demo recordings, entitled “Nocturnus” and “The Science of Horror,” which were disseminated on cassette format in typically limited numbers in 1987 and 1988, respectively. The second of these demos, in particular, contains embryonic versions of several songs that would eventually be re-recorded for inclusion on “The Key.” However, as tends to be the case with demo recordings, these versions represent a significantly more primitive musical vision, as compared to the more polished recordings on the ensuing album.
In celebration and commemoration of the Nocturnus appearance at the NWN! Fest Vol. IV in November of 2014, Nuclear War Now! first offered a reissue of both Nocturnus demos on a single picture LP, limited to 100 copies and only available at the festival. Soon thereafter and in support of the Nocturnus gig in San Francisco on March 13th, 2015, NWN released a second version of the same recordings on limited red vinyl with jackets showcasing the original artwork from both demo cassettes. Nuclear War Now! is once again proud to make a less-limited vinyl edition of these demos available to the general public. In short, this release serves to invite the listener to revisit the earliest days of one of death metal’s greatest bands.

Posted on September 16th, 2019
Written by Insulter
Filed under Uncategorized