Vassago “Knights From Hell” LP and TS Out Now 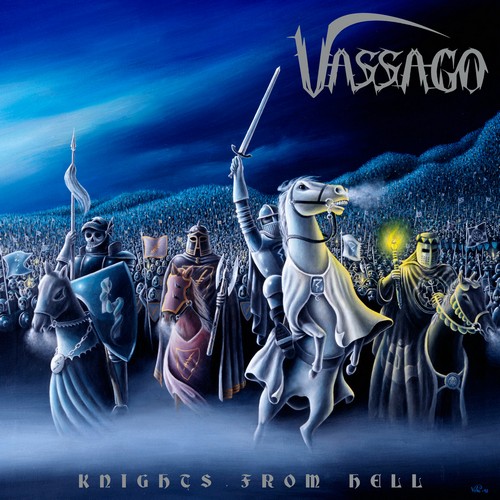 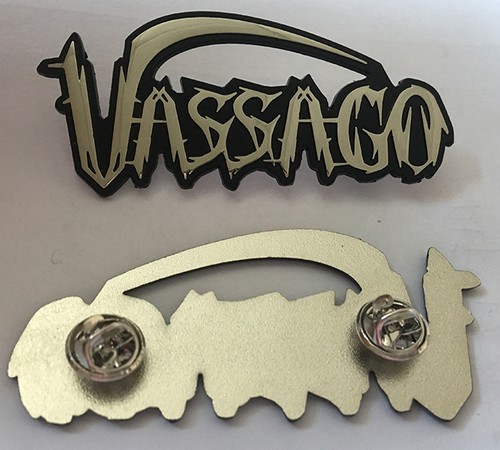 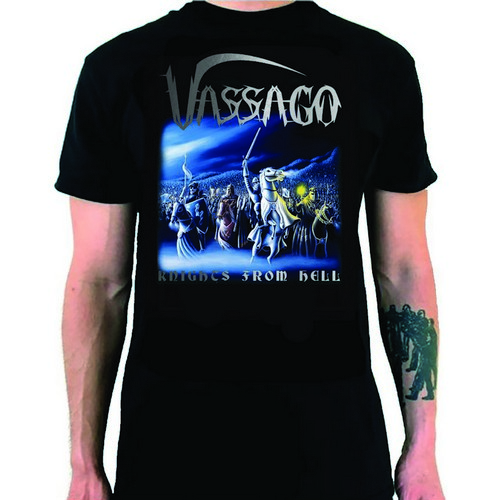 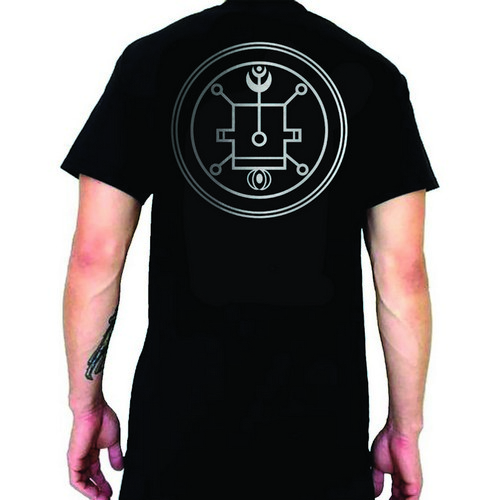 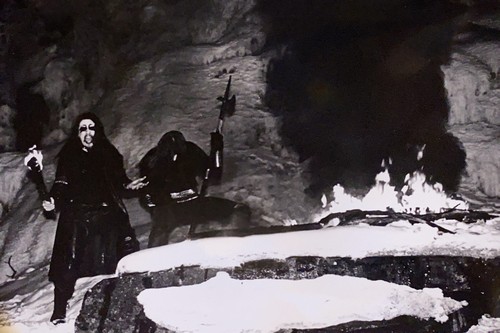 (Description by J. Campbell)
The myriad forms of extreme metal have long flourished in the fertile grounds of Sweden. Black metal, of course, has been an ever-present fixture in the Swedish scene since the days of Bathory. The sound that later came to commonly define Sweden’s regional black metal style—melodic, technical, and dynamic—does not encompass the whole of the nation’s contribution to the genre. Among the most deviant bands in the Swedish scene during the early 1990s was Vassago. Formed in 1987, under the name Sadist, the only consistent band members were Niclas “Pepa” Andersson and Micke Backelin, known as Sin. In the earliest incarnation of the band, Sin played bass and Pepa, vocals and guitar. Unable to find suitable musicians to complete the lineup at that time, Pepa and Sin turned their attention to other projects without having released any recordings as Sadist. 1992 saw the formation of Lord Belial, a band in which both Pepa and Sin were involved. Although the band was popular and highly regarded, for Pepa, Lord Belial did not fulfill the extremity of his vision, and he soon reactivated his earlier project under the new name Vassago. With Vassago, Pepa and Sin pursued a sound that was uncompromising and relentless, devoid of the softer, more melodic elements present in Lord Belial’s music. To achieve this, Sin shifted to vocal duties, and they recruited two new members, Aggressor and Hellfire, to play drums and bass. With this lineup, Vassago recorded and released the “Nattflykt” demo on the band’s own Total War Productions label. Still, the recording fell short of Pepa’s intentions, and Vassago lay dormant for nearly a year until a new drummer could be located. In 1996, the band released the “Hail War” LP, a split release between Vassago and Antichrist (Ger) that brought the band greater recognition. Unfortunately, Pepa’s and Sin’s responsibilities in Lord Belial hindered further progress for Vassago, and the band’s lineup dissolved. After meeting an obscure drummer, upon whom they bestowed the name Sadistic Sodomizer, the flame of Vassago was reignited. The precise and unremitting fury of Sadistic Sodomizer’s blast beats suited the band well, fully enabling Pepa to capture the intensity he sought to achieve with Vassago. The band secured a deal with the renowned Swedish label No Fashion Records, with which Lord Belial already had a long-standing relationship, and Vassago entered the Los Angered studio in December of 1998 to record the “Knights From Hell” album. Although Pepa and Sin were the only true members of Vassago at the time, they enlisted bassist Anders Backelin (“Bloodlord”), and keyboardist KK Kranium as session musicians, in addition to the aforementioned Sadistic Sodomizer. Intriguingly, legendary King Diamond guitarist Andy LaRoque produced the recording. Released in 1999, “Knights From Hell” was Vassago’s first full-length release, but it would also be the band’s last before folding for good. Nevertheless, “Knights From Hell” was a bold and defiant statement and remains a monumental recording. The bestial energy of the album was unmatched by the majority of Vassago’s peers, though comparisons may be drawn to early output by bands such as Impaled Nazarene and Black Witchery. The album exhibits an unrestrained ferocity. There are no especially atmospheric or ambient passages in the songs; even the interludes are brief, swiftly giving way to the savage tumult that characterizes Vassago’s music. Displaying inhuman accuracy, the rhythm section is nearly mechanical, pierced only by Sin’s wretched vocals and excoriating guitar leads by LaRoque (credited on the album using the alias “Suckdog”). For too long, Vassago has been undeservedly ignored by many, and NWN! is honored to present this first ever vinyl edition of “Knights From Hell.” Additionally, NWN! and Vassago are already planning much-needed reissues of the band’s prior recordings, along with some previously unreleased material.

Posted on October 25th, 2019
Written by Insulter
Filed under Uncategorized