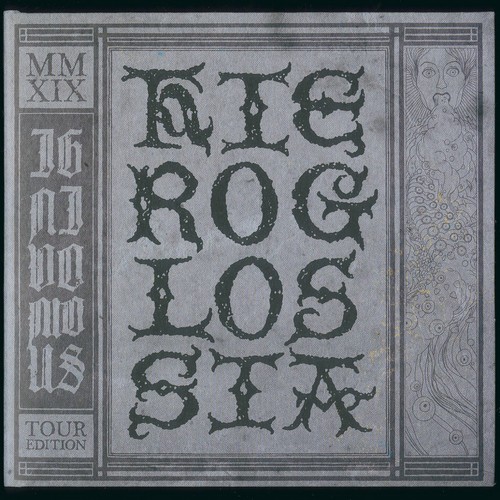 Seven long years after the release of their sophomore album, Contragenesis, Ignivomous return with their third full-length album Hieroglossia. Released in conspiracy with NWN! Productions, Hieroglossia unveils eight tracks of organic, primal death metal — the kind the band has become synonymous with in its 13-year existence within the death metal underground.
Borne out of the members desire to see a resurgence of a heavier, more dissonant style of death metal, Ignivomous were among the first wave of bands to reignite interest in the genre in the first decade of this century. Hieroglossia preserves the core membership of the band present throughout its tenure — Sean Hinds (guitar), Chris Broadway (drums) and Jael Edwards (vocals) — and presents the recording debut of Lewis Fischer on guitar (Altars) and Chris Jordon (Inverloch, Eskhaton) on bass, both of whom have cemented the band’s live assault for the previous few years in a campaign of high-profile shows in their native Australia. This lineup in its current form has secured and built upon the band’s unrelentingly legacy, oozing raw, sinister death metal pushed a step further into the void, creating an album which synthesizes the bands influences with a definitive and individual vision. While projecting a murky and atmospheric take on the Death Metal template, Heiroglossia avoids sacrificing the primacy of the riff for reverb-drenched formlessness or song writing in favour of dissonance for its own sake.
Thematically, Heiroglossia continues Ignivomous’ investigation into topics of Philosophical pessimism, influenced by the works of Thomas Ligotti and E.M. Cioran, and Gnostic concepts of the fallen and hostile nature of the material world, presented throughout with a literary sensibility which should be accustomed to those familiar with their previous output. Ignivomous are touring Europe during September 2019, playing multiple shows in Germany in addition to Poland, Denmark, The Netherlands, Belgium, and France. Pending the general issue of the album on Vinyl and CD via NWN, a strictly limited tour edition digipack version of the album will be available for purchase during the tour. 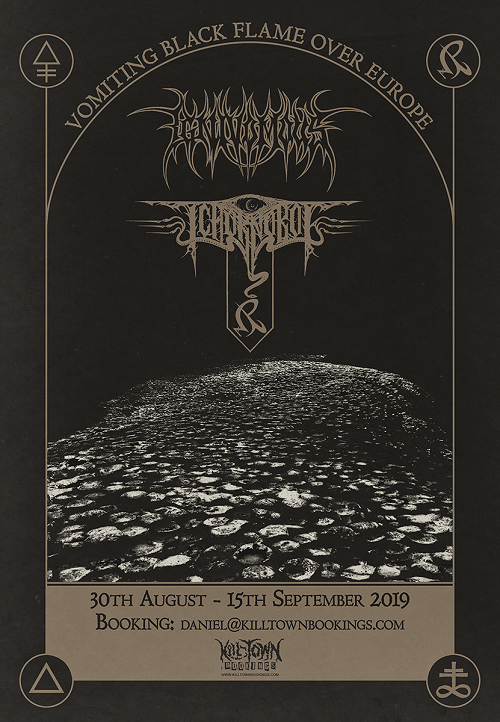 Australia’s Ignivomous returns to Europe for the first time in 10 years to perform at Kill-Town Death Fest VII teaming up with American Tchornobog who are heading over to Europe to perform this years Prophecy Fest. The tour will be the first ever European tour for Tchornobog, so don’t miss out on this rare occasion to catch both bands on European soil!

Together these two great bands will hit the roads of Europe for a 2 week stretch from 30th August – 15th September 2019.
Be sure to support the band and buy their tour merch and new CD!

Posted on August 29th, 2019
Written by Insulter
Filed under Uncategorized