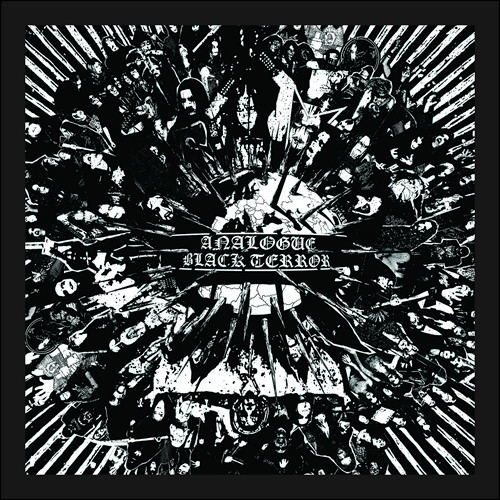 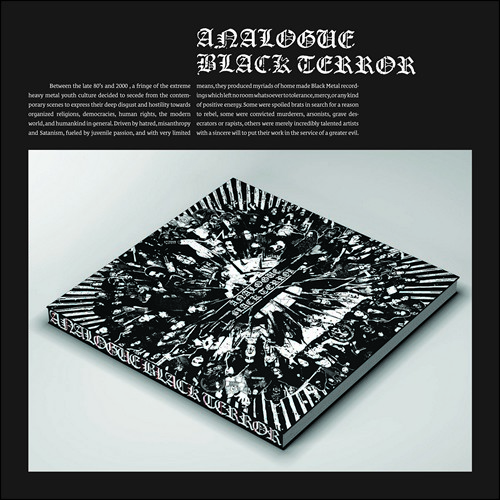 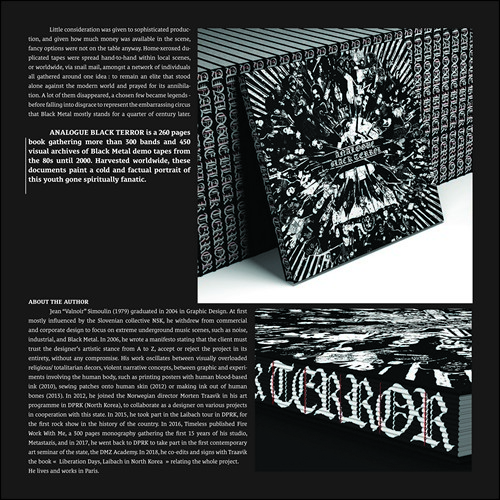 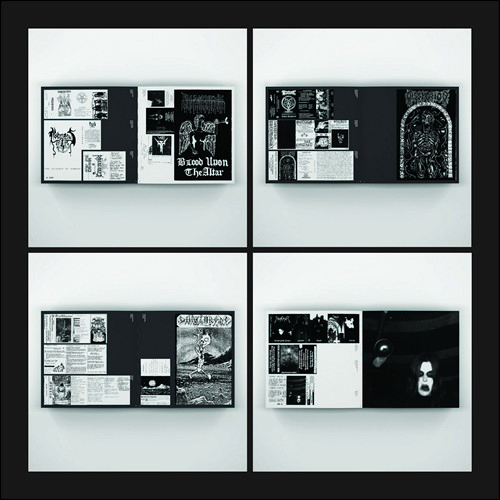 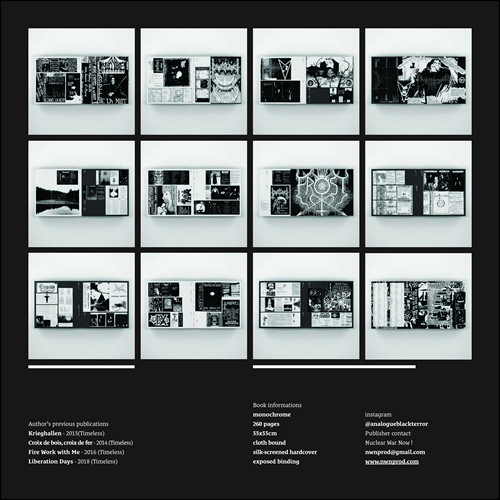 (Description by J. Campbell)
Over the last several years, accomplished graphic designer and visual artist Jean Simoulin (also known as “Valnoir”) has painstakingly amassed more than 450 demo covers representing the most influential works of the Black Metal underground during the 1980s and 1990s. The purpose of this compendium is principally aesthetic; the graphic presentation and imagery depicted here is a manifestation of the spiritual rebellion of the era in all its nihilistic fervor and antisocial praxis. This was a time just before the ascent of a tyrannical array of silicon gods, before the ushering in of a new hegemonic system of secular mores, before the atomization of the social order. Black Metal was menacing, an oppositional force ripping away at the last threads of the social fabric and the religious and moral dogmas holding it together. The young men (and, occasionally, women) living at the margins of society found within this scene an exaltation of misanthropy and vehement disdain for the repugnant values of mainstream society, either through a return to a more virtuous pre-Christian past, or by accelerating the total dissolution of contemporary institutions and customs, heralding in a new Satanic eon. More than any other format, demo tapes showcase the elemental virtues of the scene’s early adherents. These were the most passionate products made by the artists, usually at a time before the bands achieved any recognition, when they strove to stand apart from their peers. The homemade covers, cut and folded by hand and adorned with photocopied images and type or handwritten text, are the purest distillation of the aesthetic core of the scene. These tapes moved around the world through the underground mail circuit, advertised in small zines and sold by the bands directly, or dubbed and traded among devotees of the genre. To assemble this book, Valnoir meticulously collected high resolution scans from primary sources of some of the most crucial and elusive demos created. The impact of the book comes not from the mere collection of images—many of which can be found online, though some cannot—but from the manner which they’ve been aggregated, correlated, and juxtaposed. There is also the reverent act of committing ink to paper, a permanence that is lost when images are merely set adrift on the ephemeral sea of the internet amid the whipping winds of informational entropy. This is an unparalleled presentation for a book of this sort. “Analogue Black Terror” is a cloth-bound 13” x 13” book containing 260 pages of high quality images, as well as essays by Valnoir, Nicolas Ballet, and YK Insulter of NWN! Productions.

ABOUT THE AUTHOR
Jean “Valnoir” Simoulin (1979) graduated in 2004 in Graphic Design. At first mostly influenced by the Slovenian collective NSK, he withdrew from commercial and corporate design to focus on extreme underground music scenes, such as noise, industrial, and Black Metal. In 2006, he wrote a manifesto stating that the client must trust the designer’s artistic stance from A to Z, accept or reject the project in its entirety, without any compromise. His work oscillates between visually overloaded religious/ totalitarian decors, violent narrative concepts, between graphic and experiments involving the human body, such as printing posters with human blood-based ink (2010), sewing patches onto human skin (2012) or making ink out of human bones (2013). In 2012, he joined the Norwegian director Morten Traavik in his art programme in DPRK (North Korea), to collaborate as a designer on various projects in cooperation with this state. In 2015, he took part in the Laibach tour in DPRK, for the first rock show in the history of the country. In 2016, Timeless published Fire Work With Me, a 300 pages monography gathering the first 15 years of his studio, Metastazis, and in 2017, he went back to DPRK to take part in the first contemporary art seminar of the state, the DMZ Academy. In 2018, he co-edits and signs with Traavik the book « Liberation Days, Laibach in North Korea » relating the whole project. He lives and works in Paris.

Posted on November 24th, 2019
Written by Insulter
Filed under Uncategorized