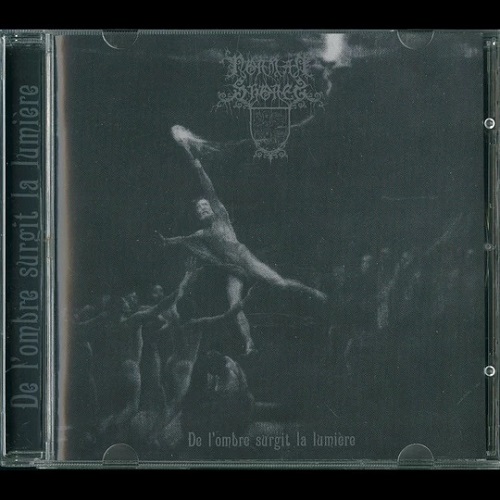 (Description by J. Campbell)
For more than 20 years, French multi-instrumentalist Fog (aka Fog the Necropope) has dedicated himself to an all-consuming pursuit, a creative drive that permeates his existence. Over that time, he has contributed to nearly two-dozen different bands and projects—most commonly as a drummer, but also sometimes vocals, bass, guitar, recording, mixing, mastering, and even artwork—and has released a number of these projects on his own label, Ossuaire Records. Recently, Fog’s work in Cénotaphe, for which he writes and performs all of the music (vocalist Khaosgott supplies the lyrics), has showcased his expansive talent and garnered well-deserved accolades, but Norman Shores remains perhaps his most personal endeavor. The project began in 2011 when, exhausted by the endless creative compromises intrinsic to band settings, Fog desired a creative outlet over which he exercised complete dominion. Born in the Normandy region of France, Fog drew inspiration from the land and the traditional ancient cultures that once flourished there. According to Fog, through Norman Shores he attempts to “sublimate my native Normandy around legends and historical facts” and “describe the dying nature and the decadence of humanity.” Released in 2019, “De l’ombre surgit la lumière,” is the fourth album released under the Norman Shores banner. It is also the most intricate and fully realized album in the catalog, though all of the Norman Shores recordings are spellbinding in their own right. Musically, Fog draws influence from classic second wave Scandinavian black metal bands, weaving together sounds reminiscent of Ulver, Darkthrone, Dissection, Borknagar, and In the Woods, and commingling them with the French influence of Blut Aus Nord and Seigneur Voland. But there is something profoundly unique in Norman Shores, perhaps owing to the wide breadth of Fog’s non-metal influences, including inspiration drawn from literature and film, and the cinematic quality with which he imbues the music.

Creation of a member of Cenotaphe. Vinyl version to be released by NWN in winter 2019/2020.

Posted on September 19th, 2019
Written by Insulter
Filed under Uncategorized