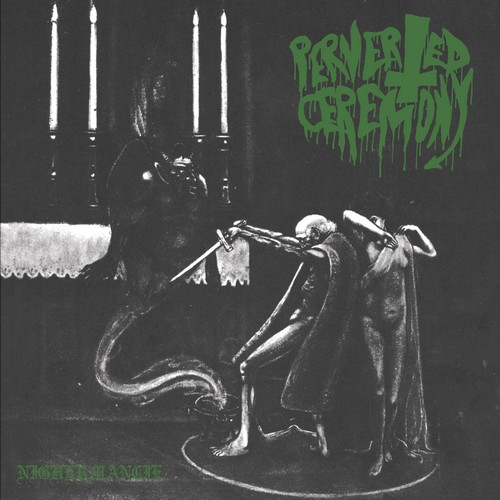 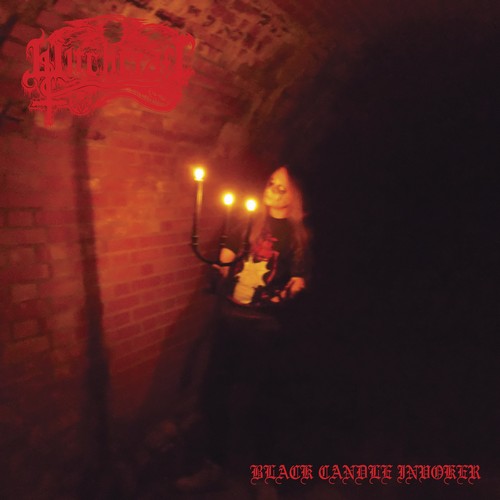 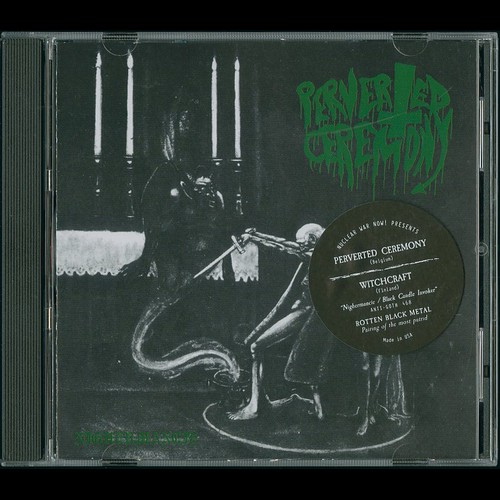 (Description by C. Conrad)
Nuclear War Now! is proud to present the pairing of two of the most abhorrent entities to have hoisted the label’s banner – Perverted Ceremony and Witchcraft (Fin) – with the release of “Nighermancie / Black Candle Invoker.” Each of these two cults is responsible for conjuring some of the most vile and sinister black metal of the current day, and this seven-track split recording reaffirms and further proliferates the starkly unembellished, primordial strain of black metal espoused by each to unmatched effect. The four tracks included from Perverted Ceremony were originally intended to be released as a demo, but it was later decided that they would better serve as the band´s contribution to a split. The term “Nighermancie,” as these four songs are collectively titled, translates from medieval Dutch into “the black arts” or “necromancy.” Admirers of the band’s previous works are sure to be pleased, as the same general recipe of songwriting, execution, and production is once again invoked. Witchcraft, with its offering, has resurrected three songs from a 2017 recording session that include an alternate version of the title track from that same year’s “Diablerie” demo and two previously-unreleased songs. As with the “Diablerie” demo and the more recent “Nightmare Goetia” demo, this recording exemplifies the continued evolution of Witchcraft’s sound, from that which was often described in oversimplified terms as an imitation of one of its primary influences, to one that more diversely reflects the band’s worship of the old Finnish, Brazilian, and Malaysian scenes. Beyond their impact on this release alone, these tracks also serve to increase expectations of what may come when a Witchcraft full-length is finally unleashed. Given the admiration that each of these band had already previously garnered, “Nighermancie / Black Candle Invoker” proves that the outcome of such a seemingly ideal pairing can even surpass its anticipated result.

Tape version will be released in November.

Posted on October 29th, 2019
Written by Insulter
Filed under Uncategorized