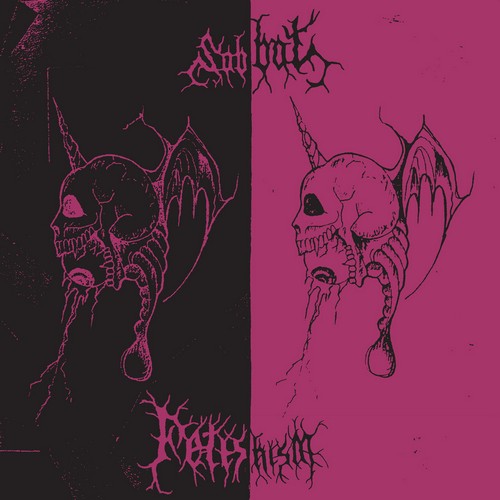 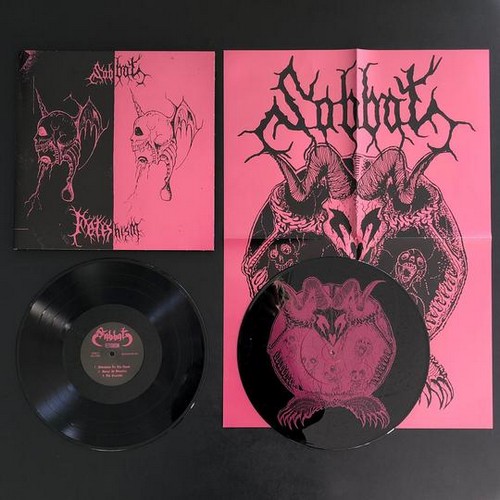 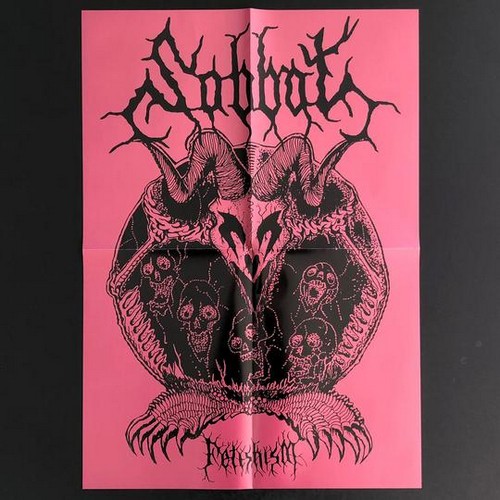 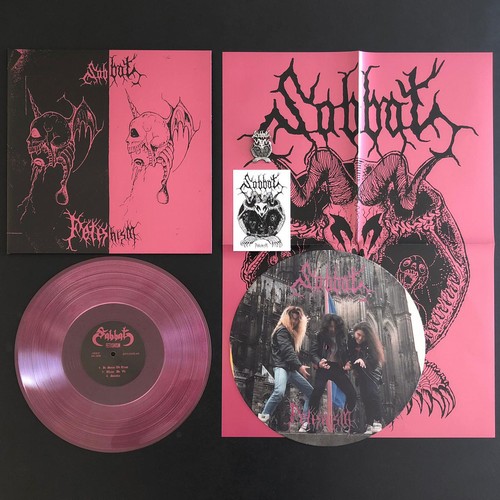 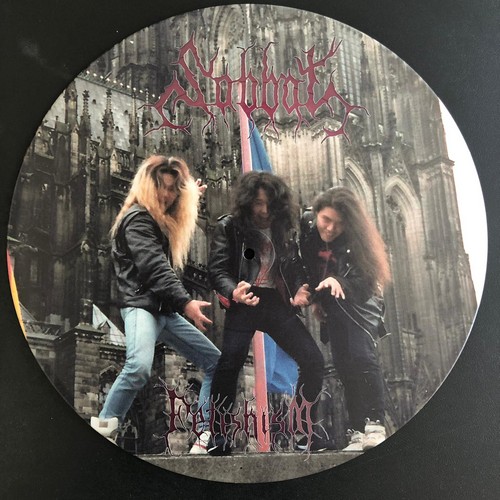 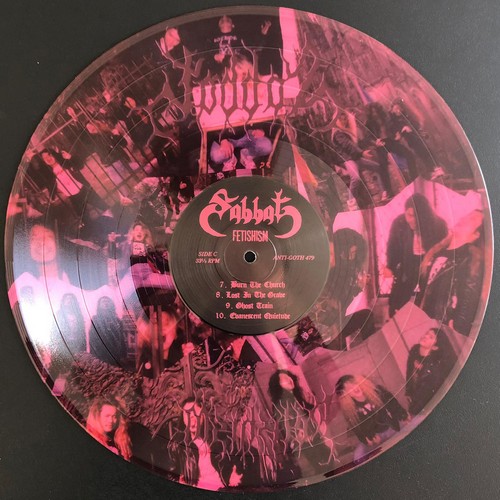 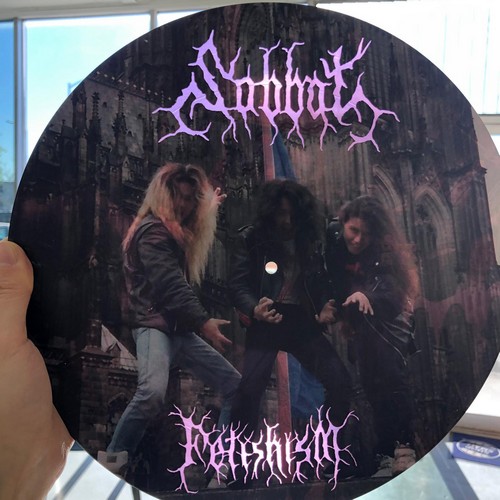 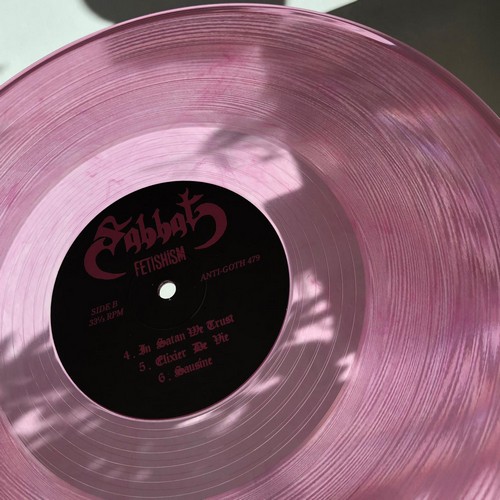 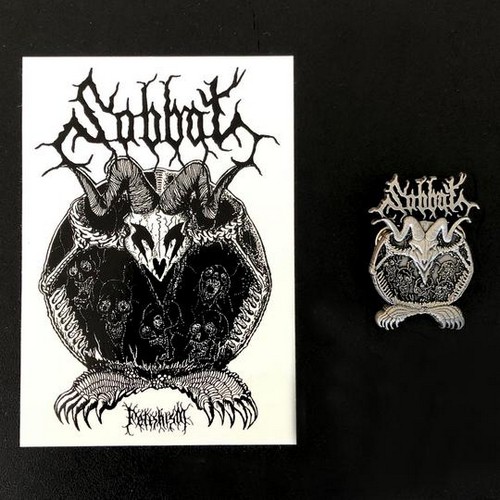 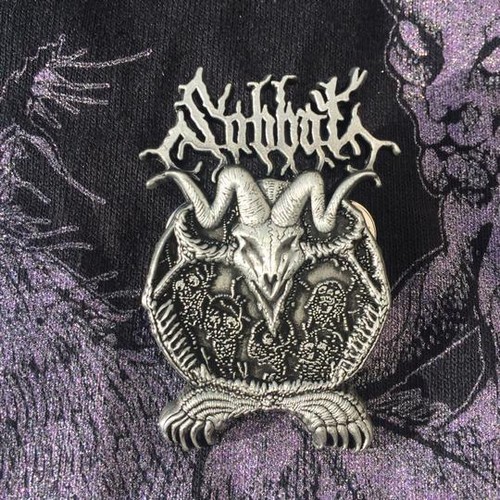 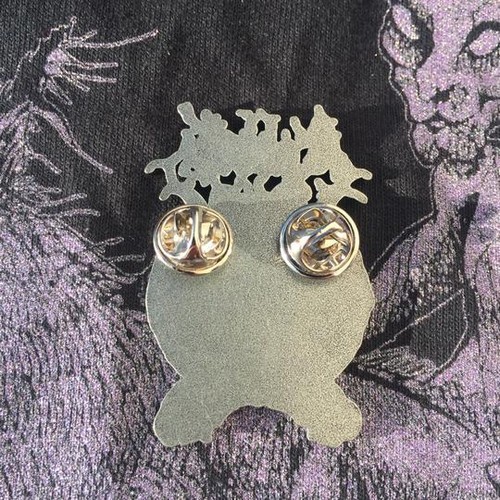 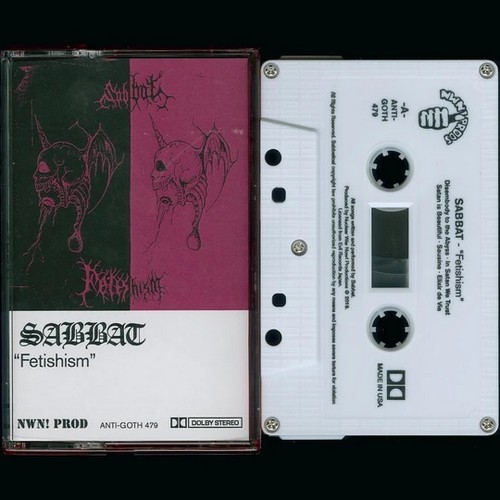 (Description by C. Conrad)
Following the 1993 release of its third album, “Disembody,” Japan’s Sabbat continued a trend it had established with its first three full-lengths by releasing its fourth album in four consecutive years in 1994. “Fetishism” largely followed in the same vein of thrashy first-wave black metal as its two immediate predecessors, “Evoke” and “Disembody,” which would not necessarily be unexpected given the continuing lineup of Gezol (bass/lead vocals), Temis Osmond (guitars/keyboards/backing vocals), and Zorugelion (drums/backing vocals). As with all three previous albums, founding member and original guitarist Elizaveat also maintained a presence by contributing his original artwork for the cover. This enduring continuity aside, “Fetishism” was anything but a carbon copy of the band’s previous efforts. The average song length increased by over a minute in comparison to “Disembody,” and more substantively, the compositions of certain songs were characterized by increased complexity. The six-minute instrumental track “Sausine” perhaps best exemplifies this trait, as its length, elaborate construction, and varied movements serve to foreshadow the culmination of this compositional development that was to follow on the single-track album, “The Dwelling,” approximately two years later. In other words, “Fetishism” was yet another important milestone in Sabbat’s evolution.
Nuclear War Now! is proud to present this reissue of “Fetishism” as the latest installment in its ongoing Sabbatical Reissueslaught campaign to make these essential albums available once again to the North American chapter of Sabbat worshippers. As with NWN’s earlier reissues of “Envenom,” “Evoke,” and “Disembody,” this vinyl double-LP edition of “Fetishism” recaptures the essence of the album as it was first presented on CD by Gezol’s own Evil Records in 1994. In order to properly present it on vinyl, Gezol himself has again arranged the tracks in an order that is most compatible with the time constraints inherent on this format. Additionally, Elizaveat’s artwork once again graces the cover, and Side D of the regular version features another silkscreen print. Even more impressively, the die-hard version available directly through NWN! is a special picture disc with additional Sabbatical artwork printed directly on Side D of standard vinyl, in contrast to the much more common and inferior method of picture disc production. This special edition also includes a die-cast metal pin and sticker. As with NWN!’s previous Sabbat reissues, this iteration of “Fetishism” leaves no due consideration unfulfilled in presenting an album that is integral to full appreciation of one of Japan’s most revered metal treasures.

Posted on February 10th, 2020
Written by Insulter
Filed under Uncategorized