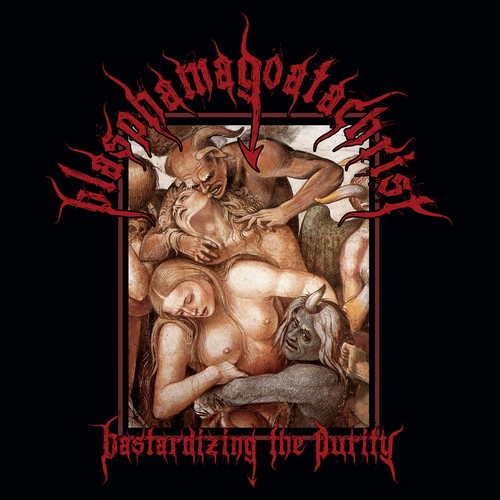 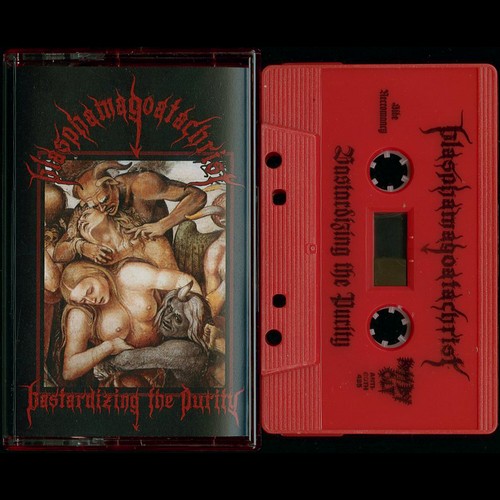 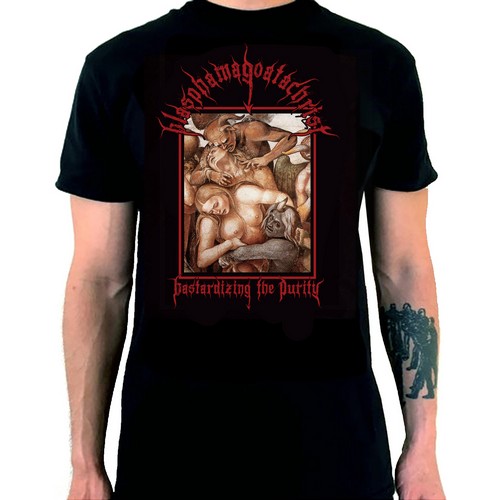 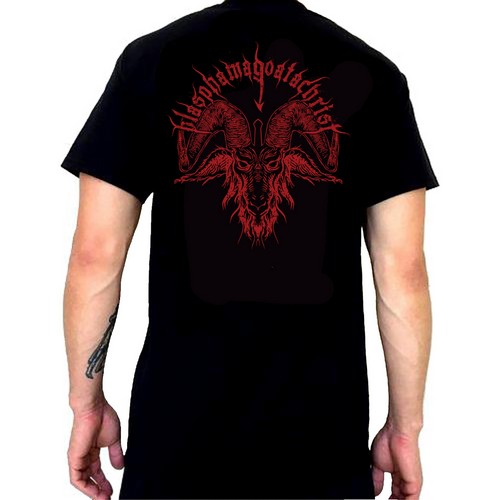 (Description by C. Conrad)
In 2018, Blasphamagoatachrist was first summoned by the gods of war to continue the siege that its members had separately waged previously in such notorious hordes as Blasphemy, Goatpenis, and Antichrist (Can). With its debut demo, “Black Metal Warfare,” the band laid to rest any skepticism that may have arisen prematurely in response to the thought of another black metal “supergroup” managing to bear the flame that its members’ main projects had first lit decades earlier. Blasphamagoatachrist now triumphantly returns with its debut full-length, “Bastardizing the Purity,” which further solidifies this cult as an entity of its own and one worthy of its members’ collective pedigree. As the demo did two years earlier, “Bastardizing the Purity” serves as a present-day example of the ferocity with which early-to-mid 1990s bestial black metal emasculated the more impotent varieties of output demonstrated by most contemporaries. Each irreverent hymn is propelled by the combined tactical strikes of Sabbaoth (bass) and Tyrant Virrugus (guitars), while Incinerator of Lacerated Angels and Coffin Destruction (drums) carpet bombs the battlefield, and Nocturnal Grave Desecrator and Black Winds (vocals) commands the relentless annihilation from above. The final outcome of this eleven-track onslaught is one that establishes Blasphamagoatachrist independently above and beyond the list of pretenders to the throne of today’s bestial black metal scene.

The Brazilian gig was cancelled so we are releasing this ahead of schedule. LP version will follow around mid May.

Posted on March 27th, 2020
Written by Insulter
Filed under Uncategorized