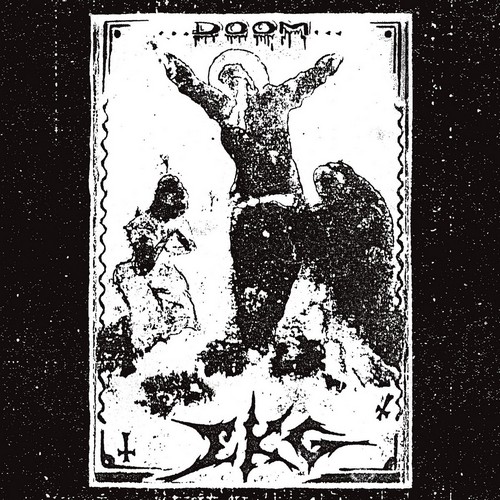 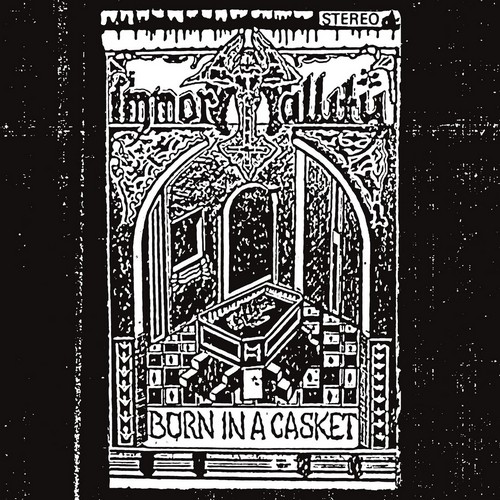 (Bio by C. Conrad)
The Czech black metal scene of the late 1980s and early 1990s has earned the distinction of being one of the most celebrated in the history of the genre. Anchored by well-known acts such as Master’s Hammer, Root, and Törr, the black metal that originated in this country and era is easily distinguishable and difficult to mistake due to its own particular idiosyncrasies, not the least of which is the preference for using the region’s native tongue in the lyrics and vocals, which to the uninitiated listener adds a foreign element of unknown evil.

In the decades since, during which this scene’s indelible mark on the historical black metal landscape has become increasingly appreciated, several previously unknown bands from it have become more widely discovered, and the revered Czech black metal canon has grown as a result. Two entities which to this point have not received their deserved accolades are EKG and Immortallity, the latter of which was spawned from the former. The origins of these bands can be traced back to 1989 in the small town of Rakovnik, where Ivo Placek spearheaded the effort to start a metal band with a group of like-minded schoolmates. Inspired by metal bands worldwide, and Czech stalwart Olympic’s work from the 1980s in particular, the first output from this group consisted primarily of cover songs from more renowned metal acts. Before long, however, they had moved on to writing and performing their own material in the same spirit as the previously-cited Czech legends who had begun to do so not long before.

EKG officially formed in 1990 under Placek’s ongoing leadership, which manifested itself most overtly in his duties as vocalist. The band eventually recorded with four members (vocals, guitars, bass, and drums/keys), but Placek was the only founding member to continue with the band throughout its relatively short tenure. Although he had no prior experience as a vocalist, the band had simply set forth with a plan to break into the Czech black metal scene and thusly implemented its vision. By 1991, EKG had written a sufficient amount of material to record Doom…, an eight-song demo (including intro and outro). With this demo, the band legitimized itself as a worthy addition to Czechia’s black metal lineage, given that the demo was recorded in collaboration with Vlasta Voral (Master’s Hammer) at Ivories Studio, where the seminal Jilemnický okultista album had been recorded, and also at Pavel Kohout’s (Törr) Monroe Studio. Approximately one hundred and fifty copies of the demo cassette were released in 1992, and the vast majority of them were sold in Czechia and Slovakia (then collectively known as Czechoslovakia).

The release of the Doom… demo notwithstanding, EKG’s lifespan was short, as it dissolved that same year without any other recordings to its name. However, a new entity by the name of Immortallity rose in its wake, continuing and expanding upon the vision initially established by EKG. Ivo Placek and one other member of EKG were joined by four new bandmates in forming Immortallity, whose approach was somewhat more technical and noticeably more sophisticated than its predecessor. Placek transitioned to drums and backing vocals, and a new lead vocalist was added, as was a second guitarist and a dedicated keyboardist. Songwriting took a more complex and dramatic turn and keyboards were more fully incorporated to added effect, resulting in a sound that was less raw than EKG’s and more reflective of the sound that Master’s Hammer achieved on their first two classic albums. Like EKG, Immortallity recorded only a single, eight-track demo, Born in a Casket, which was amazingly released in 1992, the very same year as EKG’s demo, its disbandment, and Immortallity’s formation.

Unfortunately, Immortallity suffered the same untimely fate as EKG, as it never produced a second recording. That said, the two demos released by these bands have added yet another chapter to the incomparable legacy left by the Czech black metal underground of those storied years.