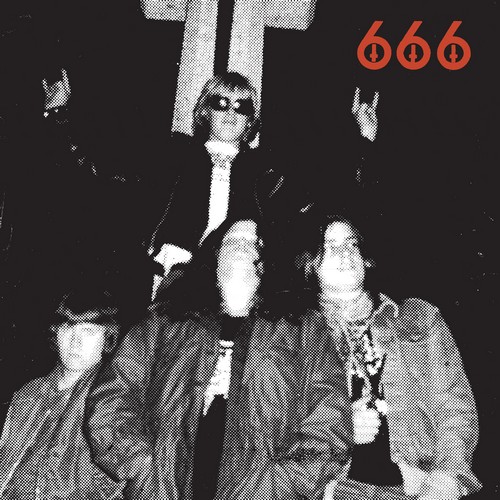 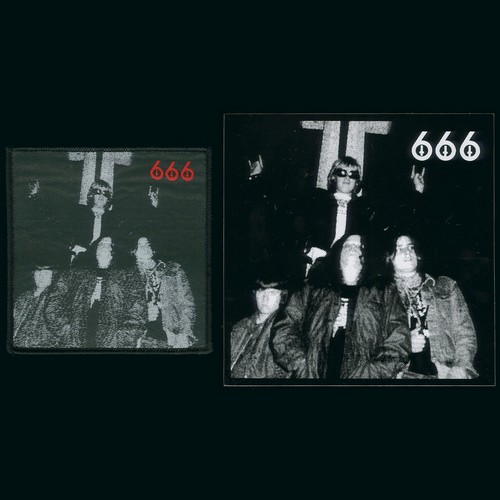 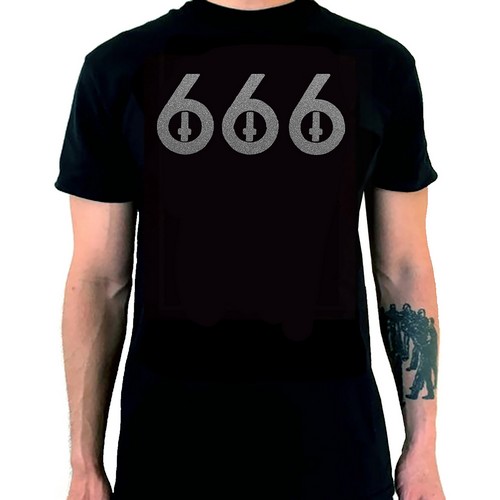 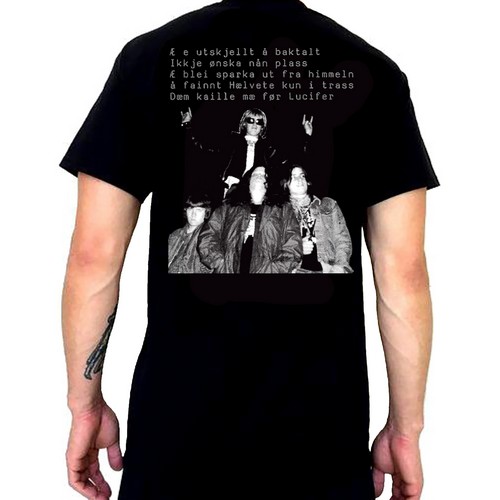 (Description by C. Conrad)
Although the identity of the first black metal band is a subject of much contentious debate, there are several elements of the subgenre’s early development that are commonly recognized and accepted. Among these are the term’s origination in the title to Venom’s seminal second album from 1982, and the fact that the sound acquired its more sinister overtones two years later when Bathory revolutionized the metal landscape with its self-titled debut. In 1986, Mayhem emerged in Norway and created the blueprint from which modern black metal has largely taken its cue. Almost completely overlooked for close to three decades, however, is a Norwegian antecedent of Mayhem by the name of 666, who predated its much more renowned compatriots by two years and also deserves recognition in this conversation.
666 (pronounced “sax-sax-sax”) was formed in the northern city of Tromsø in early 1982. The band was originally composed of Alf ‘Alfen’ Krogseth (guitar) and Knut Nilsen (drums), who had left their previous punk outfit, Norgez Bank, when it underwent a change in style. They later recruited Knut Seppelæ (guitar) and Bjørn Olav “Bønna” Helberg (bass) and played their first live shows in June of that same year. Towards the end of 1982, Tom Arne Hermansen joined as vocalist, and Helberg was replaced on bass by another former member of Norgez Bank, Erik Smith-Meyer, in 1983.
In terms of sound, 666 was very closely aligned with Venom and Motörhead, who (along with The Stooges) are both identified as primary influences. In fact, the band was known to regularly perform a live rendition of the Kingsmen’s “Louie, Louie” that very much resembled Motörhead’s own cover of the same song. Thus, in its musical essence, the band bore a greater likeness to the pre- and proto-black-metal that gave rise to the Norwegian sound, as opposed to the result itself. On the other hand, its moniker and other song titles like “Lucifer” clearly reflected a Satanic element which to that point had not been present in the Norwegian scene.
Even more so than the themes addressed in song titles and lyrics, it was the band’s stage show that truly served as a harbinger of what was to come later with the development and proliferation of second-wave black metal. Replete with pyrotechnics, buckets of blood, and a huge inverted wooden cross in the center of the stage, 666 clearly upped the standard heavy metal ante and drifted more towards a cult-like ritual at its gigs. Furthermore, the physical sound at these live performances was raucously excessive and often resulted in damaged speakers and an incitement of the crowd to “conquer the stage,” in the words of band manager Dag Erik Salsten.
The live venue was clearly the band’s preferred element, as they never recorded any studio material. Instead they played live on Norwegian television in 1983, and after toiling in their local scene for a while, the band secured its most significant gig in Harstad as a featured rock/metal performer at the Festspillene Festival, which was considered the northern region of the country’s premiere cultural event at the time. Prior to this concert, the aforementioned lineup change had occurred, and this gig would prove to be the last news of significance in 666’s original incarnation, as the band mysteriously vanished shortly thereafter.
The lack of studio recordings was eventually partly remedied by Salsten’s efforts to release three live CDs on his No Noise Reduction labels between 1998 and 2003. However, these were pressed in very limited quantities of around one hundred units each, so they never attracted the attention that the band deserved. Fortunately, Nuclear War Now! has seen fit to rectify this situation by releasing this collection of live 666 recordings to chronicle the role of a band that deserves more than a passing footnote in the history of the development of black metal.

Posted on August 20th, 2020
Written by Insulter
Filed under Uncategorized