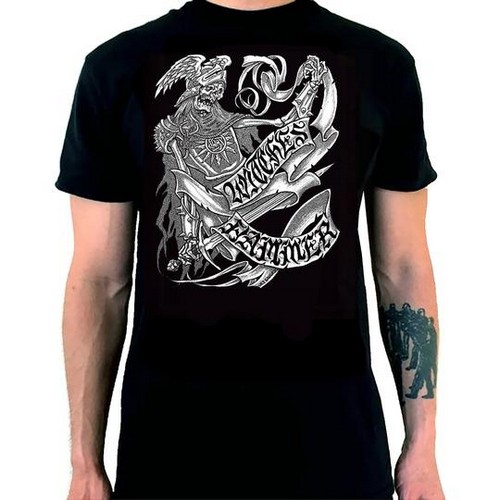 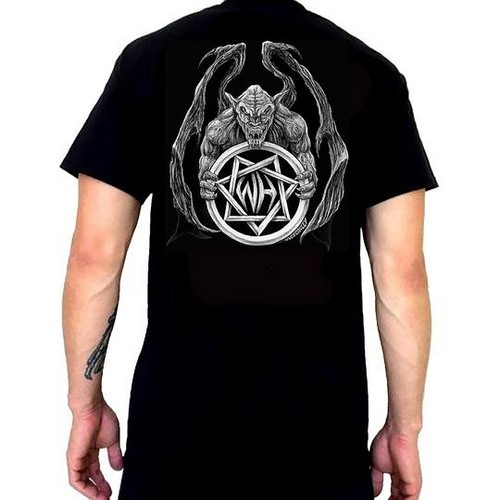 Metallic silver and discharge white printing on both sides. Available in sizes Small to XXL while supply lasts. Printed by Inferno Screen Printing from NOLA. 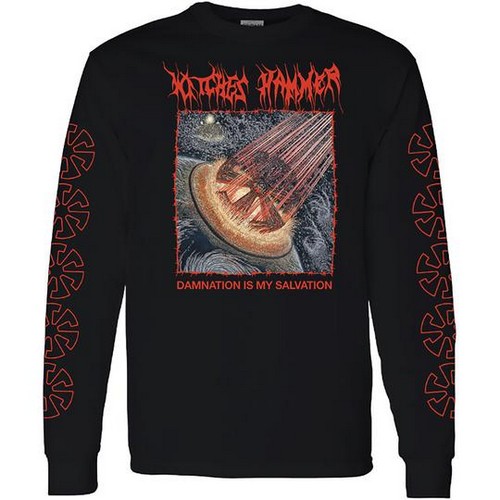 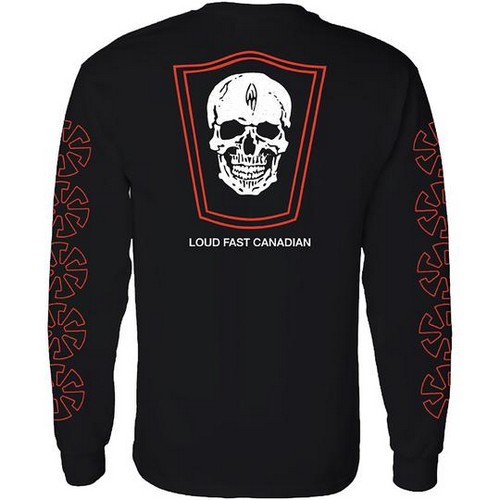 Some people are very uninformed about the origin of the symbol on the shirt so I copied and posted this from a fan page about Banzai Records:

SPEED METAL SWIRL
The speed metal swirl logo on the sleeve of the more aggressive releases, was a Michel Meese marketing idea. Put together by in-house Polygram graphic artist Gunther Woschank, and added mostly to the front cover, sometimes the back, or other times both! It seems that the swirl was actually made of an existing design with the words Speed Metal added. A similar symbol was found on a Shediac, New Brunswick phone book vinyl cover dating from 1976. There are 18 Banzai releases that bear the logo. A wide spead belief is that since 6+6+6=18, it would be the reason why it stopped at 18. It remains to be verified! What is certain, is that many collectors are actively seeking the canadian “speed metal swirl” versions of these albums, making them most of the harder to find Banzai releases.

By today’s standards, those albums would be in different classifications of thrash, cross-over, black and even death metal. It is also not known why a band like Destruction, whose sound was the same on all 3 of their Banzai releases, only had the speed metal swirl on the first 2! Same for Iron Angel and Celtic Frost.

The swirl can also be found on a Celtic Frost bootleg “A Night in the Dark”. It was either stolen or borrowed, but it hasn’t got anything to do with Banzai.

Many new obscure releases also embrace the swirl. It can be found on several releases by Nuclear War Now Productions, from bands like Blasphemy and Witches Hammer.

Posted on June 23rd, 2020
Written by Insulter
Filed under Uncategorized