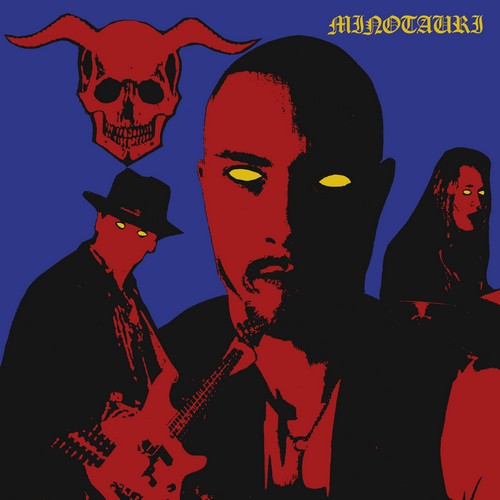 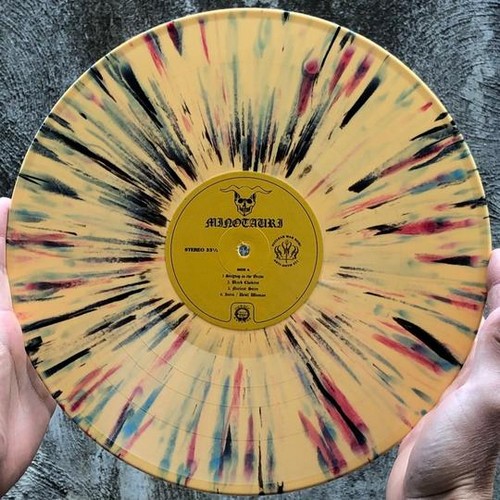 (Description by C. Conrad)
Since the label’s early years, Nuclear War Now! has admired the work of Finnish metal mastermind Ari Honkonen (aka “Arska”). The artist and label first collaborated to release the 2005 Heathen Hoof EP, “The Occult Sessions.” Much more recently, the two conspired to issue the split “Pohjola” LP, featuring two of Arska’s bands, Perkele and Ironbird. It is now NWN!’s great pride to reissue the debut album of yet another of Arska’s quality projects — this time in the form of old school doom metal legends, Minotauri. This self-titled album was originally released in 2004 by the cult Italian label Black Widow, and has since been sold out and hard to find for many years. Founded in 1995, Minotauri recorded several demos, EPs, a live album, and a split before producing their culminating effort in this first full-length. Minotauri’s style is one of a unique heavy doom metal, which infuses elements of NWOBHM, Pentagram/Bedemon, Celtic Frost riffing, and real metal guitar leads, which are not dissimilar to those found in the work of their Finnish compatriots, Sarcofagus. Although the band was active for approximately a decade, it only played a handful of shows, all of which were performed in Finland and mostly with Reverend Bizarre and Spiritus Mortis. Since Minotauri’s demise close to fifteen years ago, Arska continues to produce music via various outlets that extends his already impressive legacy. May this reissue of “Minotauri” serve as a testament to his creative genius that has spanned nearly every niche in metal.