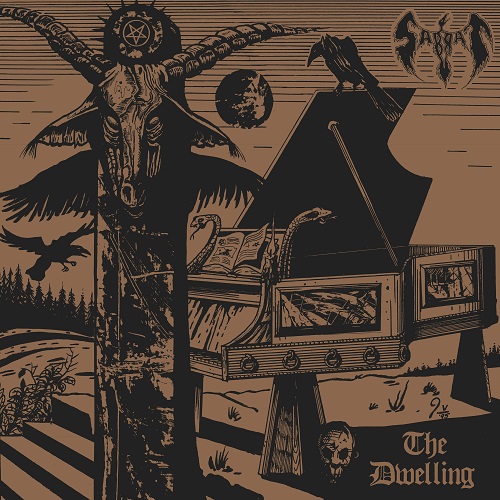 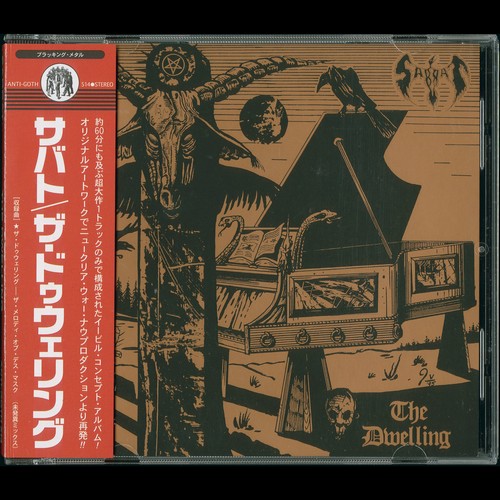 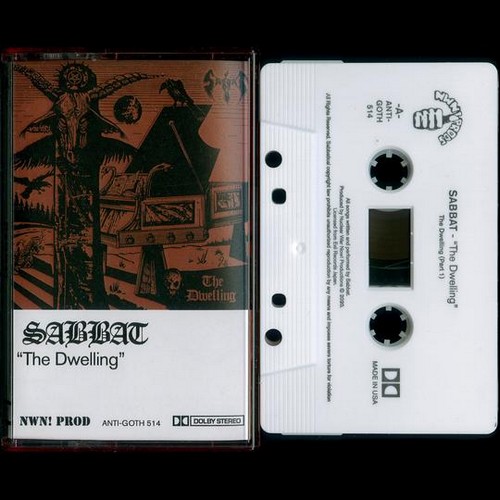 (Description by C. Conrad)
Nuclear War Now! proudly continues its well-established objective of reissing Sabbat’s impressive catalog of studio albums for the North American market with this release of “The Dwelling” on DLP format. Whereas each of the first four Sabbat full-lengths were released in consecutive years, almost two years passed in the interim between the releases of “Fetishism” in 1994 and “The Dwelling”in 1996. This additional time between releases is fully justified in the attention to detail paid in the composition of this masterpiece. As the band’s fifth album, “The Dwelling” represents the culmination of the band’s songwriting evolution in a single, hour-long track that journeys through every manifestation of its trademarked Japanese blacking metal. As with NWN’s previous Sabbat reissues, one can expect the best in terms of its audial and visual presentation. This version is complete with the original artwork by Juha Vuorma (see Beherit “Demonomancy” cover, etc.), and the music is recorded on three sides of a double LP, with a screen-printed Side D, as with previous Sabbat album reissues. Once again, the band and label have brilliantly conspired to bring new life to the classic recordings of one of the most celebrated black metal cults.