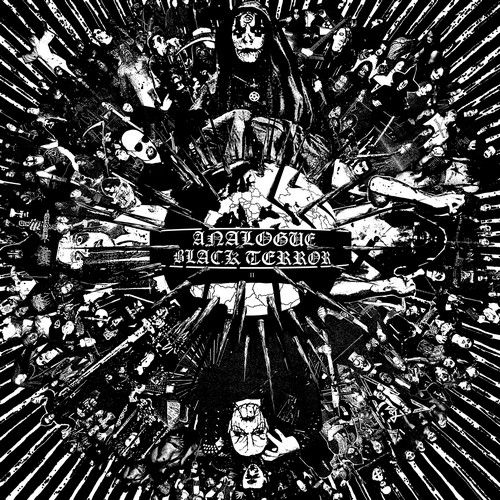 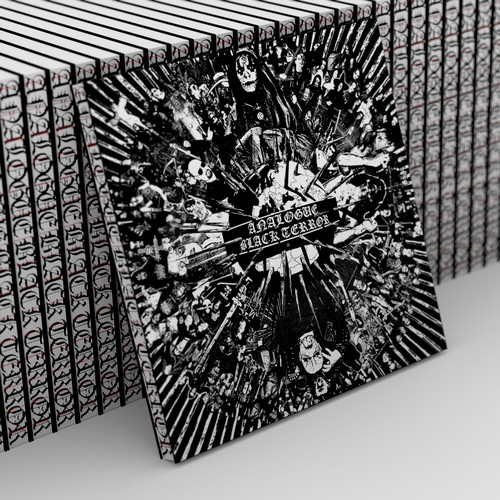 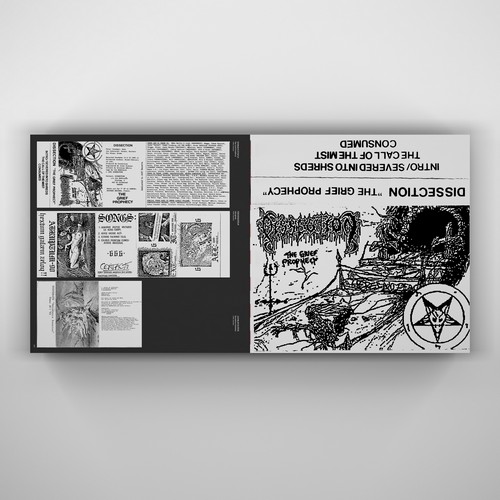 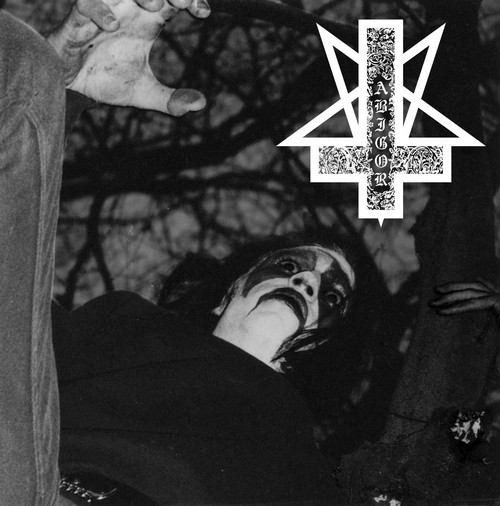 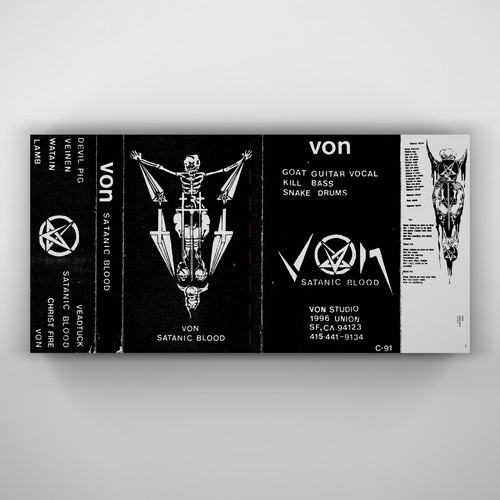 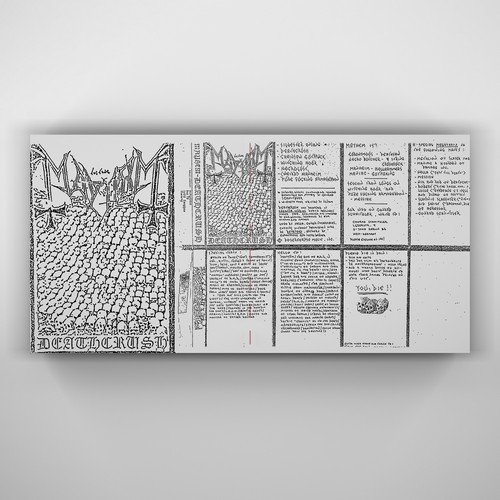 Between the late 80’s and 2000 , a fringe of the extreme heavy metal youth culture decided to secede from the contemporary scenes to express their deep disgust and hostility towards organized religions, democracies, human rights, the modern world, and humankind in general. Driven by hatred, misanthropy and Satanism, fueled by juvenile passion, and with very limited means, they produced myriads of home made Black Metal recordings which left no room whatsoever to tolerance, mercy, or any kind of positive energy. Some were spoiled brats in search for a reason to rebel, some were convicted murderers, arsonists, grave desecrators or rapists, others were merely incredibly talented artists with a sincere will to put their work in the service of a greater evil.
Little consideration was given to sophisticated production, and given how much money was available in the scene, fancy options were not on the table anyway. Home-xeroxed duplicated tapes were spread hand-to-hand within local scenes, or worldwide, via snail mail, amongst a network of individuals all gathered around one idea : to remain an elite that stood alone against the modern world and prayed for its annihilation. A lot of them disappeared, a chosen few became legends – before falling into disgrace to represent the embarrassing circus that Black Metal mostly stands for a quarter of century later.

ANALOGUE BLACK TERROR II is a 300 pages book gathering more than 370 bands and 550 visual archives of Black Metal demo tapes from the 80s until 2000. Harvested worldwide, these documents paint a cold and factual portrait of this youth gone spiritually fanatic.

ABOUT THE AUTHOR
Jean “Valnoir” Simoulin (1979) graduated in 2004 in Graphic Design. At first mostly influenced by the Slovenian collective NSK, he withdrew from commercial and corporate design to focus on extreme underground music scenes, such as noise, industrial, and Black Metal. In 2006, he wrote a manifesto stating that the client must trust the designer’s artistic stance from A to Z, accept or reject the project in its entirety, without any compromise. His work oscillates between visually overloaded religious/ totalitarian decors, violent narrative concepts, between graphic and experiments involving the human body, such as printing posters with human blood-based ink (2010), sewing patches onto human skin (2012) or making ink out of human bones (2013). In 2012, he joined the Norwegian director Morten Traavik in his art programme in DPRK (North Korea), to collaborate as a designer on various projects in cooperation with this state. In 2015, he took part in the Laibach tour in DPRK, for the first rock show in the history of the country. In 2016, Timeless published Fire Work With Me, a 300 pages monography gathering the first 15 years of his studio, Metastazis, and in 2017, he went back to DPRK to take part in the first contemporary art seminar of the state, the DMZ Academy. In 2018, he co-edits and signs with Traavik the book « Liberation Days, Laibach in North Korea » relating the whole project.
He lives and works in Paris.

Posted on May 13th, 2021
Written by Insulter
Filed under Uncategorized