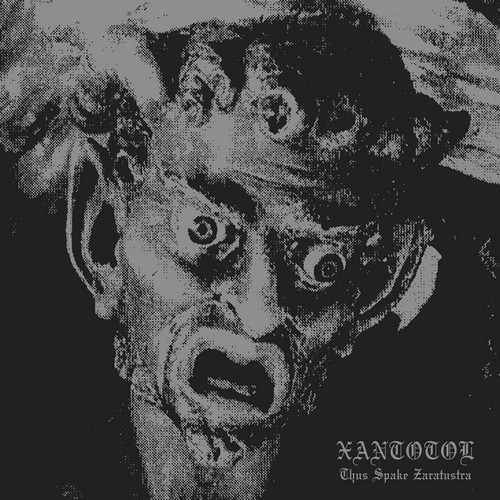 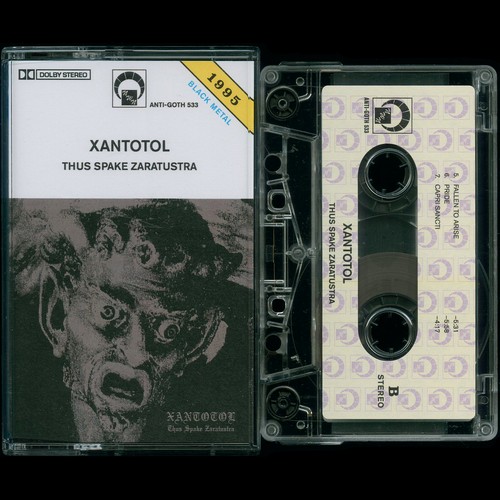 (Description by J. Campbell)
While their output was limited to just two demos and a single album, Xantotol have maintained a cult status in the quarter century since the band’s dissolution. Formed in 1991 by drummer Jacek “Venom” Szczepański and female guitarist and vocalist Mała, while they were still in high school, Xantotol were among the vanguard of Poland’s Satanic elite in the early days of the Polish black metal movement. Inspired by the likes of Venom, Bathory, Samael, Necromantia, and a host of other obscure metal the teenagers encountered through avid tape-trading, Xantotol developed a style of black metal that was at once primitive, brooding, and atmospheric. At first, Szczepański attempted to provide vocals, but it quickly became apparent to them both that Mała had the better voice. At the time, there were few, if any, black metal bands that featured female vocalists. The extreme economic conditions Poland experienced at that time due to the slow decay of the communist regime profoundly impacted the band’s sound. They relied on cheap equipment and could only rehearse a couple times per week in a room they rented at the local culture center. Despite or perhaps because of these limitations, the band’s first two demos—“Glory For Centuries” (1991) and “Cult of the Black Pentagram” (1993)—were primordial paeans to the particular strain of Nietzschean Satanism that deeply influenced Szczepański and Mała. It was around this same time that Szczepański founded the Satanic organization Fullmoon Foundation, which later evolved into the notorious Temple of Fullmoon. In 1995, Xantotol entered the studio to record their first proper album. Entitled “Thus Spake Zaratustra” and releasd in 1995 by Witching Hour Productions, the album displayed a fully realized expression of the sound and themes found on the demos. Stylistically, the songs on the album are more varied, with the band advancing beyond the purely mid-paced, Samael-influenced sound featured on the demos. Adding to the effect of the album are the keyboard intros and outros performed by Hermh, a project formed by Witching Hour owner Bartłomiej “Bart” Krysiuk. The album also featured a bassist named Siwy (who also appeared on the “Cult of the Black Pentagram” demo) adding greater depth to the sound. In every respect, “Thus Spake Zaratustra” is a phenomenal debut. It is proficient and possesses a distinctive and sinister character that truly sets the band apart from their peers in that era. Despite its brilliance, the album never received the praise owed It because Witching Hour only released on tape at the time. The label later reissued it on CD, in 2009, and on vinyl, in 2015, but by then, it was too late and Xantotol remained relegated to cult status. Last year, in an effort to restore some of the glory denied the band during its short existence, NWN! compiled the two demos as a single release called “Black Doom Metal.” After the overwhelmingly positive response to that release, NWN! now presents a new edition of the band’s monumental “Thus Spake Zaratustra” album.