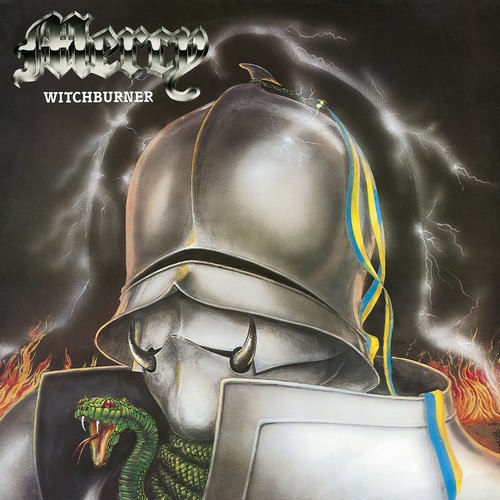 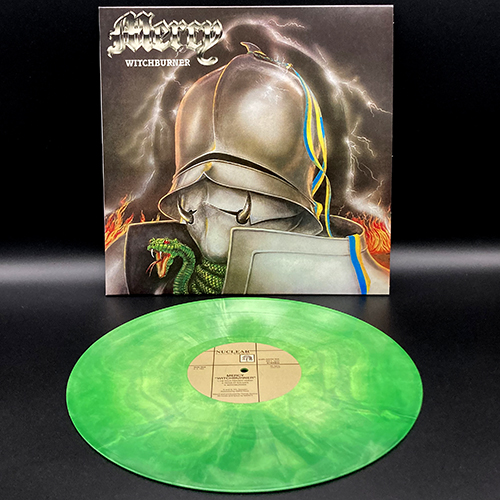 (Description by J. Campbell)
Mercy is among the most fascinating and overlooked acts to emerge from Sweden. Formed in the early 1980s by Andrija Veljaca, a native Croatian who moved to Sweden in the 1970s and was the band’s only constant member, Mercy was one of a handful of groups that established Sweden as a hub for a new raw and visceral style of heavy metal in the 1980s. In 1984, just weeks before they were scheduled to enter the studio to record their debut album, Mercy recruited 16-year-old Eddie Marcolin as their new vocalist. After releasing the self-titled debut, Veljaca and Marcolin reconstituted the band as a three-piece and began writing songs that were slower, darker, and heavier than anything they’d done before. The monumental “Witchburner” album was the culmination of Veljaca and Marcolin’s collaboration. Recorded in April 1985, it was an early entry in the canon of what was just then emerging as the subgenre known as Doom metal and marked a total shift in the nature of the band. For “Witchburner,” Marcolin, who doubled as both drummer and vocalist on the album, adopted the name “Messiah” that he would use for the rest of his career. Similarly, Veljaca for the first time assumed the name “Weechking,” which would become his long-standing moniker, though it later evolved to the customary “Witchking” spelling. “Witchburner” showcases the complementary merging of Marcolin’s powerful voice and Veljaca’s hulking riffs and searing leads. The union was short-lived, however, as Marcolin soon departed Mercy to join Candlemass, where he would achieve a degree of fame that would forever elude Veljaca. Mercy persisted though, and a few years later, Veljaca gathered another band together to record the exceptional but obscure “King Doom” album, continuing in the heavy Doom style that Veljaca, who died in 2005, had helped to define. For many, Mercy’s legacy is and will always be tied to “Witchburner,” which was perhaps the most well-recorded and stylistically perfected record produced by any incarnation of the band and arguably remains Mercy’s most significant contribution to the metal genre.