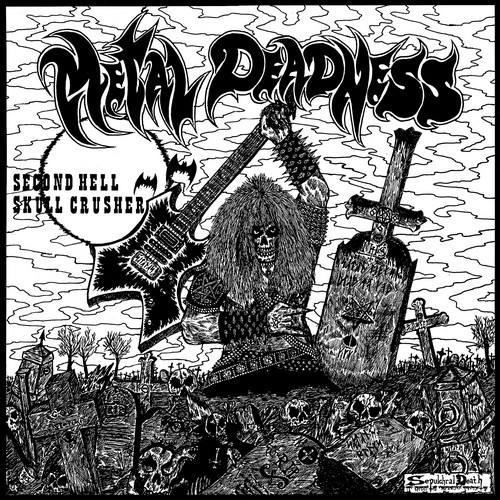 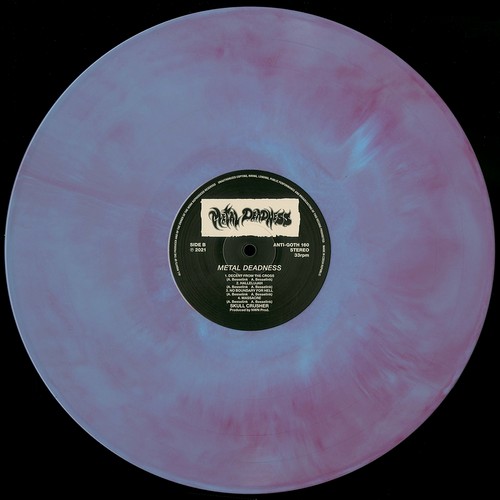 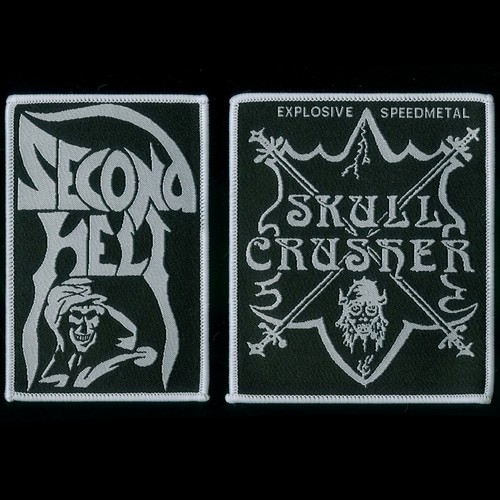 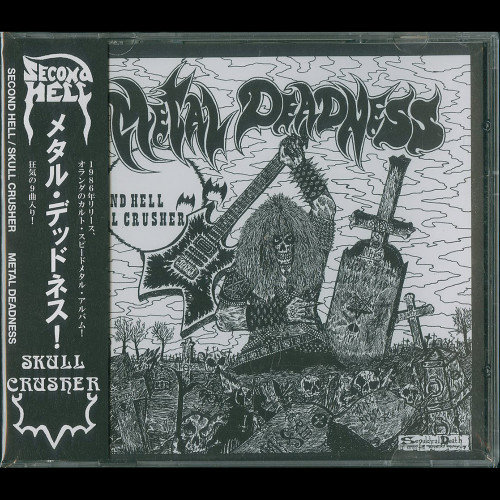 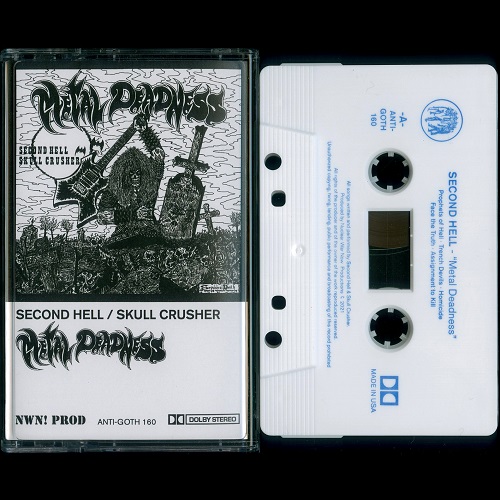 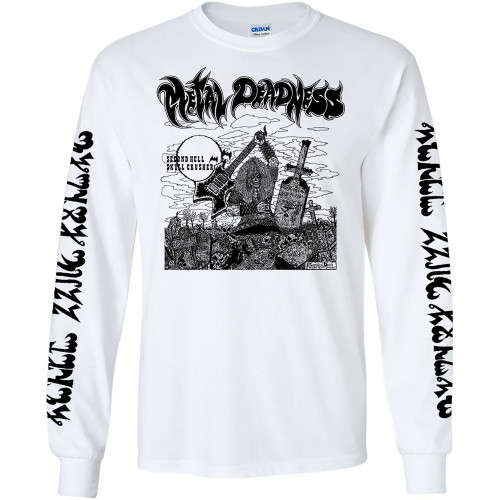 (Description by P. Lautensleger)
The power and efficacy of pure, authentic speed metal is a rare phenomenon in the history of modern music. It is easily recognized, brutally effective, and rarely replicated. With this in mind, NWN! Productions is duty-bound to rerelease the classic METAL DEADNESS split from Dutch speed maniacs SECOND HELL and SKULL CRUSHER. Originally released on Killer Elite records in 1986, METAL DEADNESS documents two of the earliest extreme metal groups from the Netherlands on one LP. SECOND HELL occupies the first side with their faster-than-fast brand of evil speed metal that defies rigid genre categorization. Conceived in this golden age of extreme musical expression, SECOND HELL bulldozes its audience with a reckless abandon on par with early SODOM or DESTRUCTION. SKULL CRUSHER fulfills the high bar set by the first side with a quadrant of erudite European speed cantos. In the tradition of early iconoclasts RUNNING WILD and VENOM, SKULL CRUSHER takes the language of classic heavy metal and translates it into a dialect endemic to the cultural zeitgeist of 80s extreme art. METAL DEADNESS is a primary source of cult 80s deathrash. Its relative obscurity may be due to the fact that it was originally supposed to be a four-way split featuring the mighty THANATOS and ANGEL DUST (later known as ASGARD). Despite its long-standing status as a purely underground endeavor, the vinyl edition of METAL DEADNESS finally establishes these two groups’ rightfully earned recognition in the history of black speed metal.

Posted on August 23rd, 2021
Written by Insulter
Filed under Uncategorized