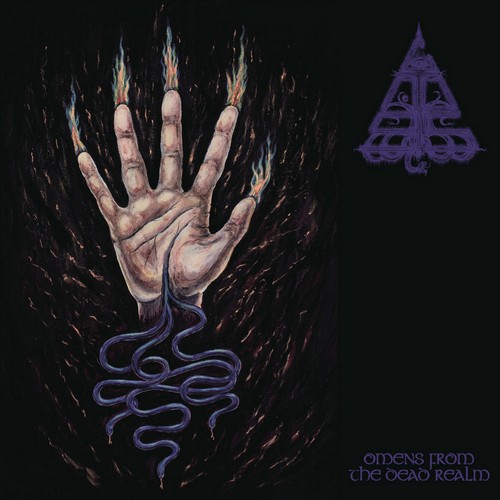 (Description by P. Lautensleger)
After three years of lurking dormancy, GNOSIS reemerges from the depths with OMENS FROM THE DEAD REALM, their latest full-length offering. From the Greek word for “knowledge”, GNOSIS is adept at translating Greek sonic arcana into their own distinct language. Straddling the line between black and death metal, GNOSIS treads this bottomless sea with an aplomb matched by few others. Blunt brutality is complimented by breathtaking melancholia with tasteful nods to archetypes found throughout the history of heavy metal music. Album highlights such as “Apzu, Sea of Death” can confidently stand in conversation with elder Greek progenitors VARATHRON and ROTTING CHRIST, while still maintaining their own distinct thesis. This is the sound of aquatic Babylonian chaos, albeit through the lens of the ancient depth-dwelling elders of Lovecraft’s abyss. OMENS FROM THE DEAD REALM is the second GNOSIS release in partnership with NWN! Productions.

Posted on April 26th, 2021
Written by Insulter
Filed under Uncategorized