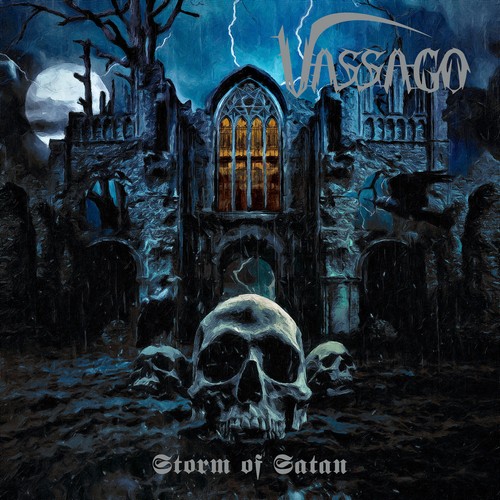 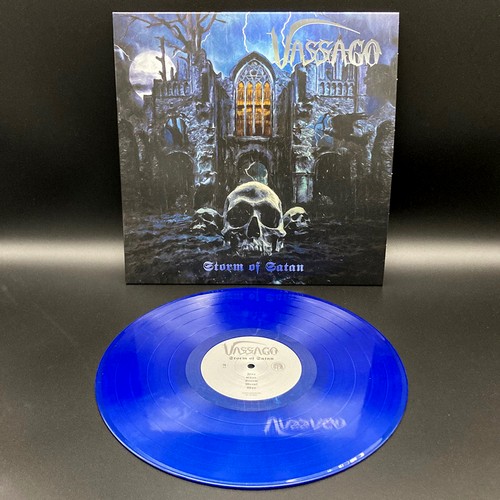 (Description by P. Lautensleger)
Sweden’s reputation in the world of underground black and death metal is a well-earned one. Known for stellar musicianship, consistent quality and distinct production, it should be no surprise that many ancient Swedish hordes are still as potent today as ever. With that in mind, NWN! Productions is proud to release STORM OF SATAN, the second full length from VASSAGO. Formed in the late 1980s, VASSAGO released two demos in the mid-90s before recording their blasphemous 1999 full length KNIGHTS FROM HELL (reissued by NWN! In 2019). The group established an identity with revered fellow countrymen LORD BELIAL, sharing several members. While LORD BELIAL has earned a stellar reputation for their sweeping, melancholic grandiosity, VASSAGO approaches black and death metal from a maleficent angle. With biting, vicious intensity that calls to mind fellow northern gods IMPALED NAZARENE or NIFELHEIM, VASSAGO offers a full-scale attack of warlike staccato and a penchant for the disgusting and evil. STORM OF SATAN is thematically dominated by a pure worship of Satan; a true devotional homage to the literal essence of black metal art. Musicianship and execution are at their peak here, with the additional presence of the legend ANDY LAROQUE (of KING DIAMOND) producing the record as well as providing lead guitar. STORM OF SATAN offers its listeners no recourse; this is worship of evil for the evil among us.

Posted on December 6th, 2021
Written by Insulter
Filed under Uncategorized