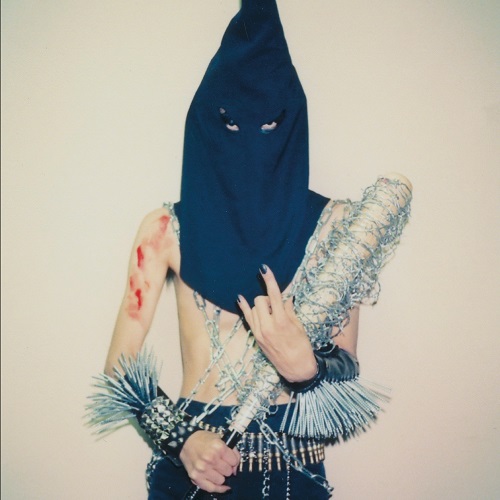 Abigail was formed as a three person band in January 1992. Original members are Yasuyuki(Bass and Vocals), Youhei(Drums), Yasunori(Guitars). I wanted to play black metal like Bathory, Sodom, Hellhammer, Darkthrone, Mayhem. So I asked Youhei, a friend from school who was into Slayer to play drums. I recruited Youhei’s friend Yasunori to play guitar. I had already written some guitar riffs and the three of us headed into rehearsal right away. We rehearsed twice a week in the local studio. Songs came together quickly. Grotesque nightmare, Death of life, The fire of hell, Lucifer sings. They were typical primitive black metal songs: just power chords, no development. I was satisfied these songs. We decided to do a recording for promo tape at the third rehearsal. This is our official first promo tape. We recorded it on cassette recorder. This promo tape used for promotion to overseas. I played the tape to Mirai of Sigh first. He was delighted. He invited us to do a gig in August and We booked Harajuku Los Angels for 7th August 1992. The gig would be called “Evildoom.” We played together with Transgressor, Necro-E, Gore Beyond Necropsy. It’s this performance that is on the this record. I think there were about 80 people there. The audience was stunned. It was the first time they’d seen black metal live, it was probably their first black metal gig. We only had four original songs. We played Bathory and Sodom covers. That was 30 years ago now. Listening to it now is embarrassing. But We had incredible power. It’s just not possible to perform like that anymore. We recorded our first demo in June to hand out at the gig that day. After that, we continued to rehearse every week. This LP rehearsal material we recorded is from after our first gig. The performance came out better than the first promo tape. We recorded Sodom cover as well, which is the same even now. After that, our performance techniques improved, and our music evolved into a black thrash metal style. Anyway, enjoy the our catastrophic black metal sounds. This is Eastern black metal yakuza!
-Yasuyuki/Abigail

Posted on May 3rd, 2021
Written by Insulter
Filed under Uncategorized