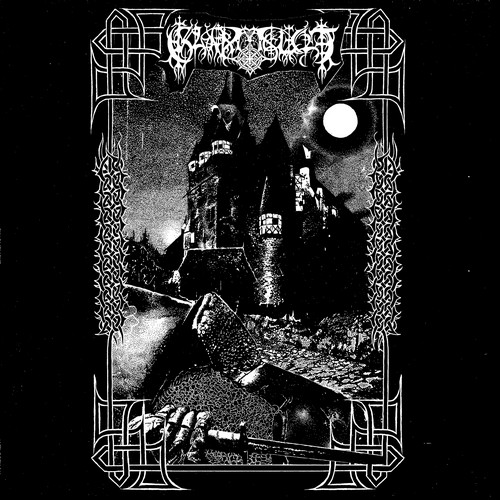 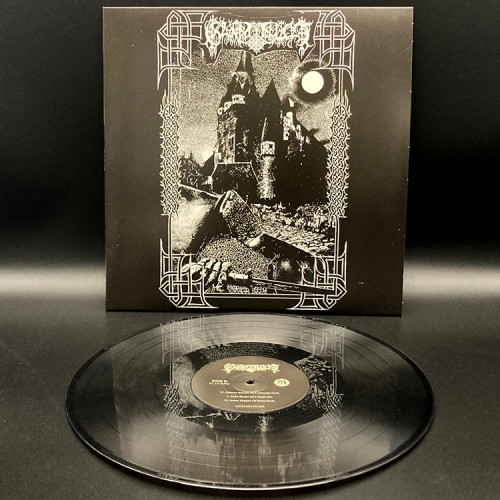 -2nd pressing of 250 copies all on clear vinyl with black smoke.
-Comes with 3mm jacket and 12″ insert.

(Description by P. Lautensleger)
Cultus Caliginous have spent the past years establishing themselves as a virulent presence in the tradition of ancient and revered cults such as LLN, BTC, and others familiar to the erudite listener. GHARMELICHT is among the conjurations from this circle whose satanic current has manifested in a self-titled LP to be released by Nuclear War Now! Productions. The GHARMELICHT LP is an expert display of the dynamism of raw, black metal. Conjured by a satanic entity known as Vercingetorix, this record was executed according to the Magickal and occult tenets of its aforementioned cult to create an ode to the dark currents that qualify true black metal. This offering is a violent rebuttal of the innumerable false and weak attempts to conjure the intangible evil of black art, establishing its mission statement with force. At times reminiscent of the best moments of classic era DARKTHRONE, GHARMELICHT shrouds its hymns in raw tape rot with tortured vocals that truly sound like an emanation from the noumenal beyond. With an architectural austerity rarely achieved to such a degree of precision, the GHARMELICHT LP is essential for those who truly worship the cult of pure black metal.

Posted on April 22nd, 2022
Written by Insulter
Filed under Uncategorized