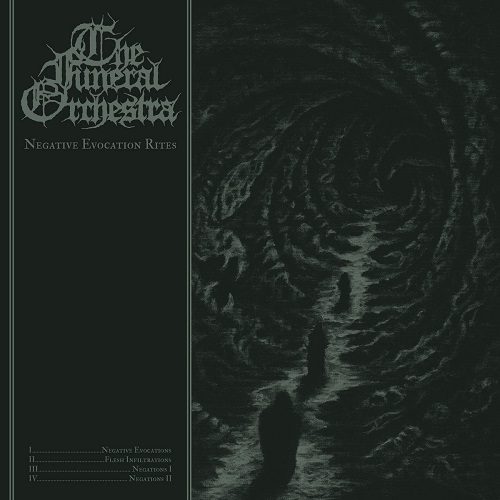 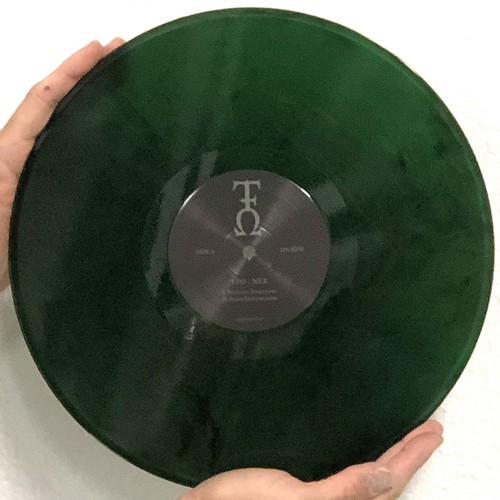 (Description by C. Conrad)
Considering its emergence approximately eighteen years ago, The Funeral Orchestra’s body of recorded work is relatively sparse. However, rather than surrender to the temptation to equate quantity with quality, this enigmatic entity has instead opted to publish only the work that it deems fully deserving of its creative endeavor. Cloaked in black robes and golden masks since 2002, The Funeral Orchestra released three demos prior to its 2003 debut album, “Feeding the Abyss,” which introduced its apocalyptic minimalist doom to a wider audience. That same year, the band made its first live performance in its native Gothenburg, Sweden, but not many in the local scene at the time understood its music or obscure doom atmosphere. Since that time, it has released only a handful of splits, singles, and an EP, the latter of which contained two songs from a recording session that was intended to result in its second full-length. This album never came to be, however, due to a general dissatisfaction with the songs and sound captured at the time. Other attempts were subsequently made to meet or surpass the quality of “Feeding the Abyss,” but that goal was never met… until now. In 2019, the orchestra felt the correct timing and inspiration had coincided to reemerge for the purpose of producing a worthy successor to the original full-length and initiating a series of live performances. This new album, “Negative Evocation Rites,” was recorded in early 2020 in Studio Trauma and Abysmal Noise Studio in Sweden, with additional recording at an undisclosed location in Colorado, and it is slated for release on Nuclear War Now! Productions later this year. Those already acquainted with “Feeding the Abyss” will be certain to find that the band’s approach has not varied significantly from its original formula. That said, “Negative Evocation Rites” has somehow managed to present an even darker atmosphere than its predecessor, and one that appropriately reflects the bleak outlook for humanity in these uncertain times. Indeed, the band’s name is quite telling in this regard, as each of the four solemn hymns within serves as the perfect accompaniment to the funerary procession that one can easily envision chaperoning our species to its impending mass extinction. In January 2020, the band returned to the stage for the first time in seventeen years at the Orgivm Satanicvm festival in Oslo, Norway, and additional performances were booked during the year for Never Surrender III (Germany), In Flammen (Germany), and UK Deathfest, with more to be announced. Thus, like the virulent disease that it emulates, The Funeral Orchestra has arisen from its dormancy to portend the end times as it spreads its contagion worldwide.

-2nd pressing of 250 copies on emerald smoke vinyl with 3mm jacket and 12″ insert.

Posted on August 28th, 2021
Written by Insulter
Filed under Uncategorized