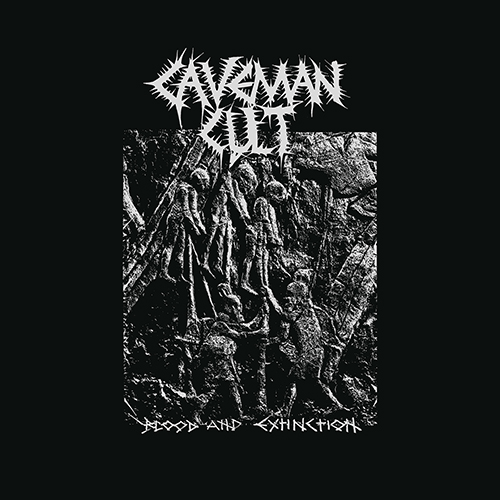 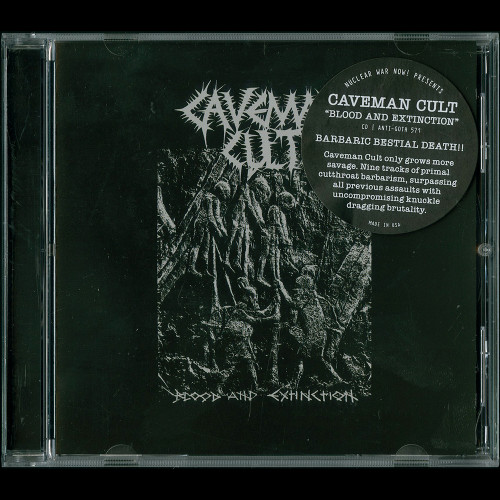 (Description by P. Lautensleger)
In an era defined by malignant blight, 2021 is as appropriate a year as any to introduce new CAVEMAN CULT material into our collective bloodstream. BLOOD AND EXTINCTION is the second full length record from the Miami terror machine and their first for Nuclear War Now! Productions. With the recent addition of a second guitarist, CAVEMAN CULT manages to intensify the savage attack that has heretofore defined their mission. Chaos and violence deluge the aural canvas with neither regard nor remorse for their audience. In the tradition of CONQUEROR, BESTIAL WARLUST and SARCOFAGO, the Florida cult destroys any semblance of reason, rationale, or regard for humanity. This is the musical analog of a spiked bat. CAVEMAN CULT produced and recorded this offering themselves, affording them precise artistic control and an undiluted ferocity. Relentless and suffocating, this is war metal in its truest sense: a simulacrum of the violence that controls and dominates our essence of being. BLOOD AND EXTINCTION is primal barbarity that knows no surrender.

LP out in about a month.

Posted on October 13th, 2021
Written by Insulter
Filed under Uncategorized