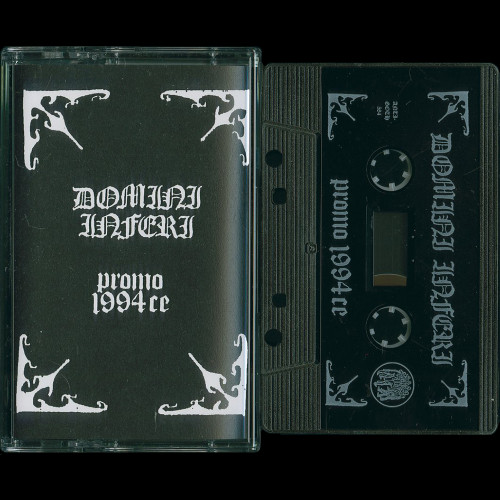 Domini Inferi was a Pre-Conqueror bestial black metal project from 1994 with R. Forster (Conqueror, Blasphemy, Death Worship). This track was originally planned for a split 7″ with Cremation (J. Read/Revenge) but it never materialized due to various reasons. It was then later reissued on NWN as a split wtih Warhate (WA). Now it’s available again on cassette format with the original layout from 1994.

Posted on November 12th, 2021
Written by Insulter
Filed under Uncategorized