Eve of Darkness: Toronto Metal in the Eighties Book In Stock Now

Eve of Darkness: Toronto Metal in the Eighties Book 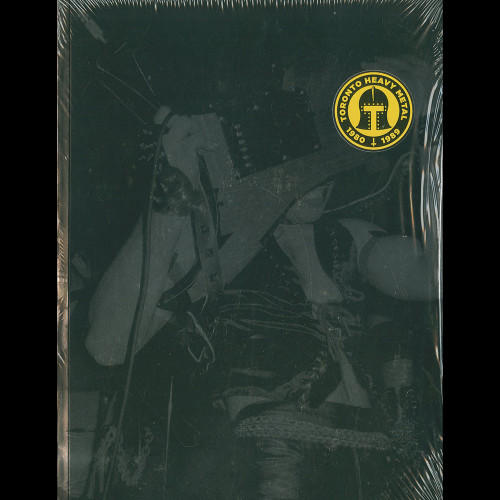 EVE OF DARKNESS: Toronto Metal in the Eighties The definitive account of Toronto’s heavy metal scene, 1980 – 1989. The Eighties were the global golden age of heavy metal, a decade in which loud guitars and screaming vocals took the world by storm, and Toronto was no exception. Wild and uncompromising, dismissed by critics and ignored by historians, metal nonetheless defined the tastes and style of an entire generation of Canadian kids. Eve of Darkness revisits that era, taking in everything from chart-topping rock stars to defiantly underground maniacs, garish glam through furious thrash, spandex and eyeliner to denim and leather. Exposing a hidden world of clubs and concert halls, musicians and fans, labels and fanzines, record stores and radio shows, packed with eye-popping imagery and authentic reporting, this is the story of heavy metal in Eighties Toronto, a tale that demands to be told with all the attitude and urgency of the music. Over 300 large format pages crammed full of photos, anecdotes, flyers, commentary, and more, lavishly produced and designed. An essential grip for anyone interested in metal, underground music, subculture, and Toronto’s unwritten history! If you liked 2018′s ‘Tomorrow is too Late’, you know what you’re in for.

Posted on November 22nd, 2021
Written by Insulter
Filed under Uncategorized