Beherit “Drawing Down the Moon” NWN Editions Out Now 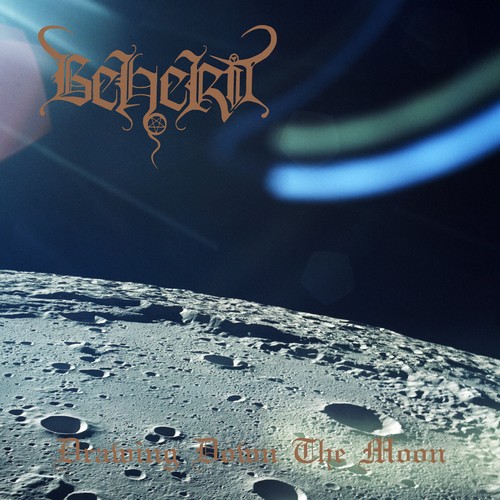 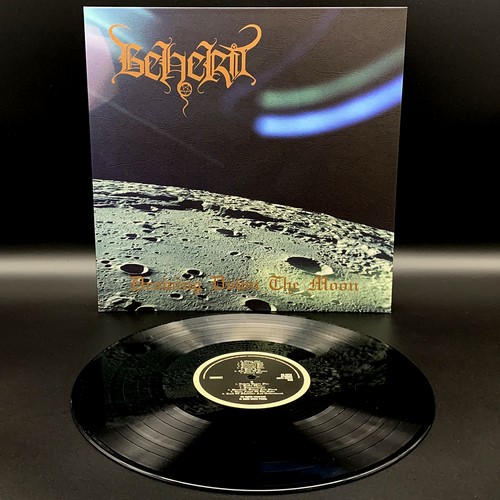 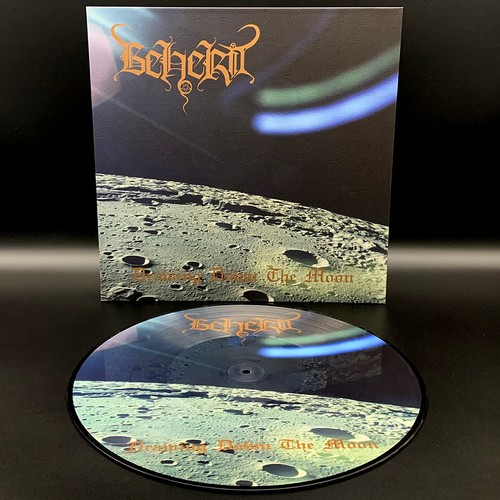 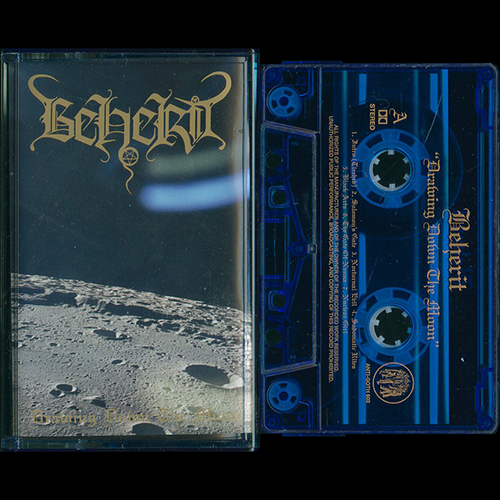 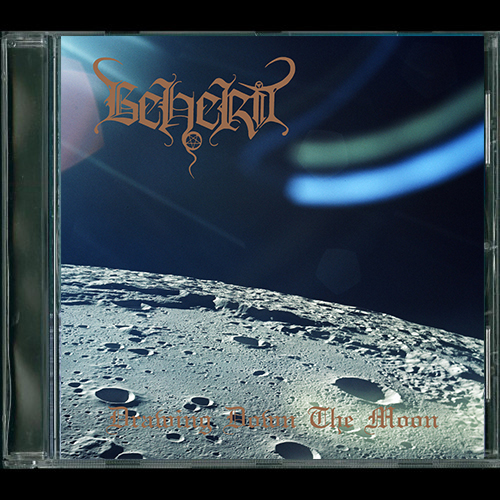 (Description by J. Campbell)
“Drawing Down the Moon” exists in a space unoccupied by any other album. Lacking an obvious antecedent, it reflects an era before the spirit of black metal was confined and shackled to a rigid orthodoxy. Following the dissolution of Beherit’s original lineup, Nuclear Holocausto Vengeance sought, with this record, to make his definitive statement in the genre. In search of something cold and atmospheric, he largely abandoned the sound of Beherit’s earlier work, which was heavily influenced by Blasphemy, Sarcofago, and other similar bands. By contrast, “Drawing Down the Moon” presents a bass-heavy, mid-paced style, laden with synthesizers and effects that lent the recording an inhuman element and foreshadowed Holocausto’s later forays into experimental electronic music. Recorded with the assistance of two newly recruited band members, Necroperversor and Black Jesus—neither of whom would appear on any subsequent Beherit recordings—“Drawing Down the Moon” nearly remained unreleased and forgotten. With no money at the end of the recording session, Holocausto had only a rough, unmixed version of the album. Shortly thereafter, his bandmates parted ways, and there was little incentive to complete the work. Recognizing the unique brilliance of Holocausto’s vision, Riku Pääkkönen agreed to subsidize the final mix of “Drawing Down the Moon” and put it out on his label, Spinefarm Records. In the decades since its release, in 1993, “Drawing Down the Moon” has influenced countless other bands and assumed a deservedly prominent place in the canon of second wave black metal. It is with tremendous honor and pride that NWN! presents the definitive 30th Anniversary Edition of Beherit’s masterwork. This new reissue comes housed in a textured, tip-on gatefold jacket featuring an identical reproduction of the original cover, with the artwork sourced from the original photos rather than inferior scans of earlier editions. Accompanying the release is a 44-page 12” x 12” booklet containing contemporaneous articles and reviews from various zines, biographical liner notes, and numerous band photos, many of which are previously unpublished. 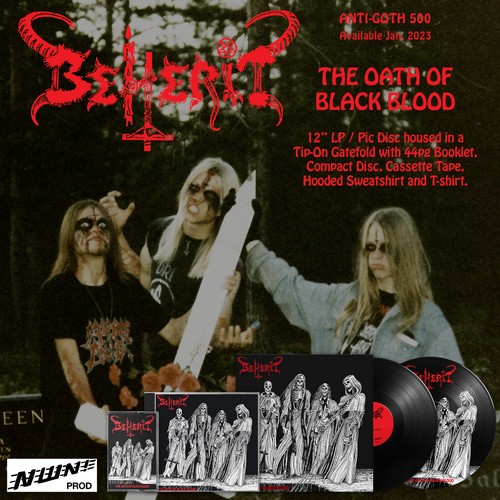 “The Oath of Black Blood” CD and Tape editions will be released in Feb-March. Black vinyl edition and all merch are available now. Picture edition is now sold out.

Posted on January 25th, 2023
Written by Insulter
Filed under Uncategorized