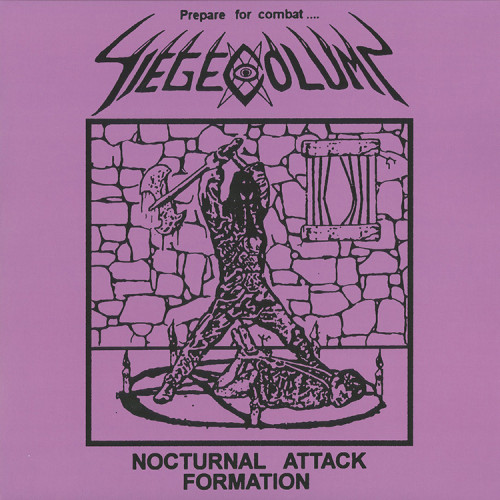 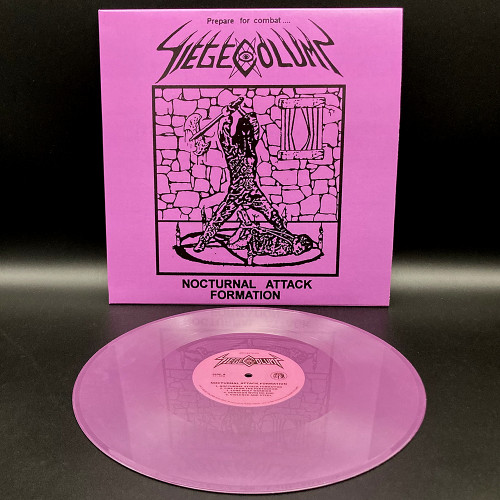 -Second press of 200 copies all on purple vinyl. This pressing is slightly darker than the first press.

Prior to the 2018 release of its debut full-length, “Inferno Deathpassion,” Siege Column sharpened the knives in its attack arsenal with two demos, “Nocturnal Attack Formation” and “Secret Forces of the Pentagram,” which were first released by the band’s own label on limited cassette runs and then reissued by Nuclear War Now! on the same format. These same two recordings are now rightfully presented as a vinyl compilation edition under the title of the first demo.

Posted on June 3rd, 2022
Written by Insulter
Filed under Uncategorized