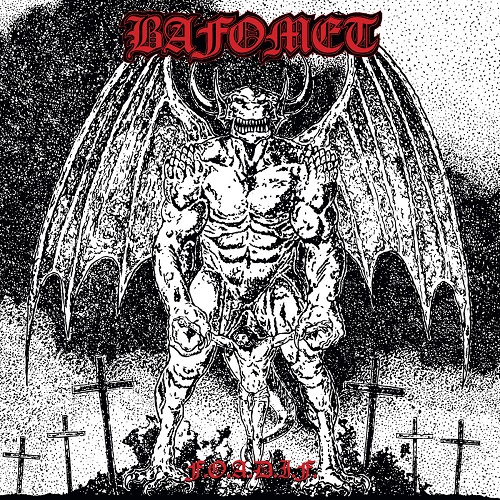 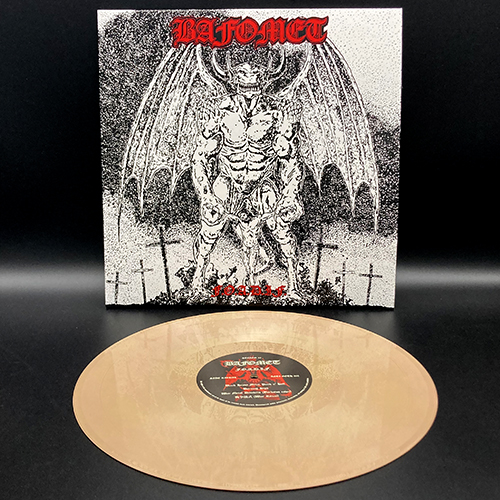 -First press of 200 copies all on mustard yellow vinyl.
-Comes with 3mm jacket and 12″ insert.

First wave Black Metal, NWOBHM and Punk addicts BAFOMET are proud to announce their 1st album “F.O.A.D.I.F.” being unleashed on 12” LP format through NWN! Productions. BAFOMET has been lurking in the deepest part of Japan’s Yomi, crafting a mix of Black Heavy Metal with some Japanese Hardcore Punk elements, resulting in an insulting fist in the face to all that’s considered holy and sacred in this modern world, through the filthiest form of Metalpunk. With lineage going back to cult bands like Crow, Military Shadow and Batallion, it’s no wonder that BAFOMET sounds the way they do! While BAFOMET has fondness for the old classics, they add their own original ingredients to the style, resulting in a refreshing yet nostalgic approach, different to what you usually hear in the current scene. After the demos “Poison of Darkness” and “The Black Flame Still Burning”, the 1st album “F.O.A.D.I.F.” is their logical continuation on spreading vomits, blasphemies and hate, appealing to those who still carry the banner of the Underground.

Join the Cult… or Fuck Off and Die in Fire!!

Posted on June 15th, 2022
Written by Insulter
Filed under Uncategorized