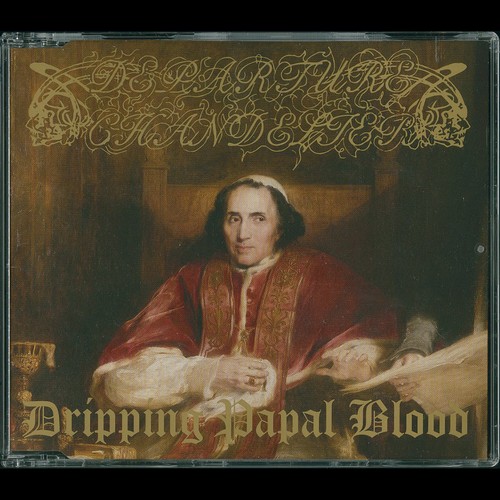 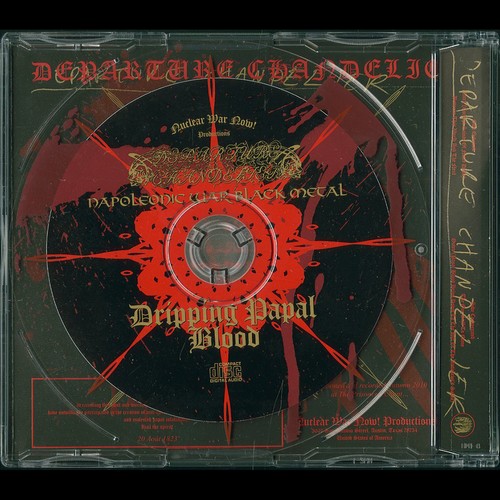 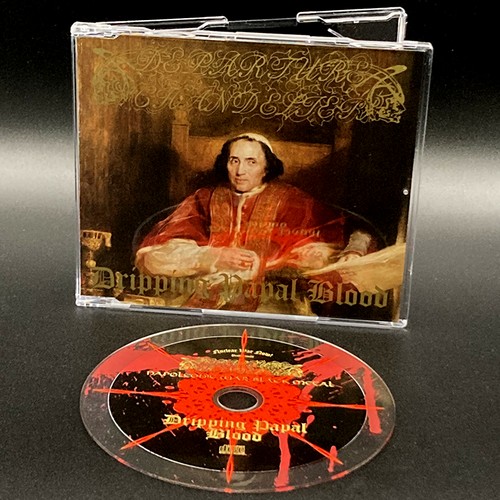 “Dripping Papal Blood” is the secret unreleased second demo
recorded a decade ago in 2010, in the band’s now shuttered ‘The Prisoner’s Chant…’ studio which rested at ground level across from the oldest cemetery in New York and rumored to be haunted.
This demo brings to life the complex and fierce rivalry between Emperor Napoleon and the Pope Pius VII. Napoleon went as far as to have Pope Pius VII placed in confinement.
Despite the Antichrist’s repugnancy of the papacy, Napoleon knew he still needed the symbolic authority of the church during his unprecedented self-coronation (referred to by the band as ‘ascension to accipitridae!’ – the classification of predatory birds of prey).
With the appointment of the cruel Cardinal Fesch (a relative of the emperor) after the Antichrist’s coup d’etat of 18 brumaire, Napoleon gave Fesch orders to persuade the pope to attend Napoleon’s coronation, only later to be stripped of religious power and cast out of the diocese upon defiance of Napoleon’s inflexible attitude toward the church. Fesch later died in Rome surrounded by his masterpiece art collection rumored to be pillaged and later bequeathed in his will.
Always through the lens of black metal and Nostradamus’ prediction of the arrival of the Antichrist, ‘dripping papal blood’ intrudes into the interplay and triple-crossing corruption between Napoleon, the Church and his own art-plundering family members appointed through nepotism to the diocese.

*Also available as 3″ CD from Obliteration Records Japan.
*This CD along with older sold-out LPs and CDs can be ordered directly from the band’s bandcamp page here.

Posted on May 5th, 2022
Written by Insulter
Filed under Uncategorized