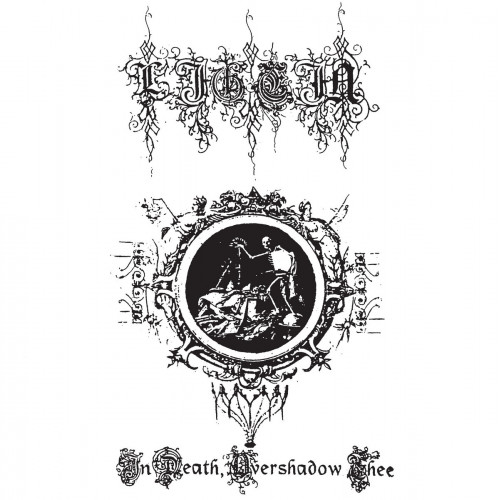 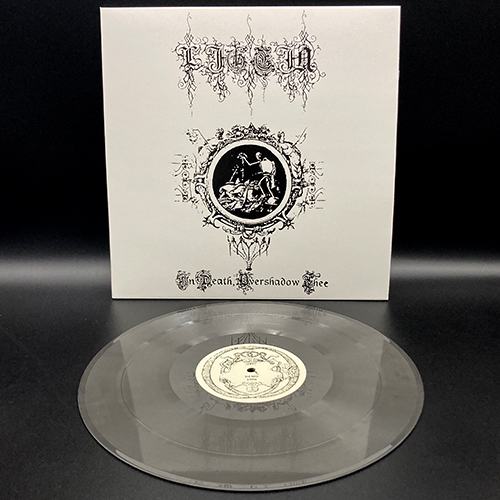 BIOGRAPHY
(Taken from 2004 7” re-issue, words by Timo Ketola) This history of the death metal band that is known today as Ligeia goes all the way back to the first years of the decade. Formed from friends who had a mutual admiration for Kansas City area local legends Order from Chaos and Swedish death done the right way (Treblinka, Grotesque etc…), the band began rehearsals for their first real demo which took the shape of “The Conqueror Worm” demo from the year 1993. The demo had all of the hallmarks of a demo that ten years down the line would have people still mesmerized! Unfortunately for the large part the triumphant 3 song debut of Nepenthe went largely unheard, hoarded by its true followers and cherished along with demos by Nihilist and Treblinka! “The Conqueror Worm” consisted of three songs -”The Conqueror Worm”, “Gleaming Eyes of Darkness”, and “On the Cheek of an Eternity”. This demo’s line up was short lived as Joe the vocalist was asked to leave after its release and the band continued on as a three piece… Alex Blume – bass/vocals, Patrick Brown – guitars, and Chris Overton – Drums. This line up would see the band through the coming years’ trials and tribulations. In 1994 the band signed a contract to do a 7” and mini CD for a European label, unfortunately negotiations of the deal broke down and the band was stuck with what it already recorded for the label, the “Ligeia” 7’ EP tracks. During the very turbulent year of 1995 the band laid pretty much dormant, recording the one and only official live show it did as a demo in February off 1995 (”Live at Howard’s) and parting with Alex later the same year renaming the whole project Ligeia, after the, at the time, yet unreleased EP. The “Live at Howard’s” demo is another yet unfound gem, with covers of both Tiamat and Sathanas and live versions of songs still not released, the demo is a true diamond in the rough,with a questionable sound but also with a heaviness yet unheard of on these shores! In the Winter of 1995/1996 the band recorded one final EP’s worth of material. Entitled “In Death Overshadow Thee” the public has yet to witness the truest of brutality in American death! In the Spring of 1996 the band laid things to rest, as Chris had joined the rising project Vulpecula. The band still had a plethora of unheard material so negotiations began with Eternal Darkness Records in the Spring of 1996 to release the long shelved Nepenthe “Ligeia” 7’ EP. In April of 1996 Eternal Darkness did just that! And to glue the last paragraph to this old biography: And the years rolled on, until Dauthus felt “In Death…” shouldn’t remain as a mere title in the tape trading lists, it deserves black vinyl. Chris Overton agreed, Eternal Darkness dug up the layout originals of the unreleased cassette version (as once prepared by Pat Brown), which were adapted for 7” format. With the help of the mentioned persons, and Chuck Keller who delivered the master, we can hereby enjoy the final Ligeia chapter in its rightful format. DEATH METAL on BLACK VINYL!!!

So much happened between 1994 to 1996. My recollection of the production of the Ligeia demo and rehearsal are blurry at best. I walked away from making music and communicating with all those in this circle after the completion of the demo. I think I had one copy of the demo, but lost it later while moving overseas. It wasn’t until either 2008 or 2009 that I found out that “In Death…” was released on a 7”, upon which I got in touch with Timo/Dauthus and learned the whole background to this delightful surprise. I hadn’t a clue what I was doing producing this demo-recording, luckily Chris had experience assisting in the sound engineering for several OFC’s recording, so he was a tremendous help. We also needed a vocalist, so I had asked Joe (Nepenthe vocalist) to do it, but he was traveling and deep in his studies, so I reluctantly chose to do it. We did have a session bass player, Dave Cotton. He dutifully laid down his tracks, yet I choose to leave them out because my guitars had so much bass and I didn’t know how to mix both in properly. Finally, what’s up with the squealy guitar sounds/solos? I wonder too. There were solos, but I can’t remember why it ended up the way it did. I did something wrong, that’s for sure. Finally, the demo and rehearsal on this 12” re-issue were sourced from a 24-year-old ferrite cheap tape. It is wobbly and wavy at times, but it gives it a nice little ultra-lo-fi charm. – Patrick Brown, 2022

Posted on June 15th, 2022
Written by Insulter
Filed under Uncategorized