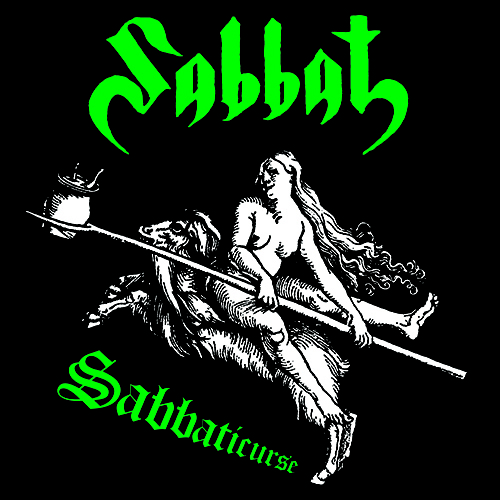 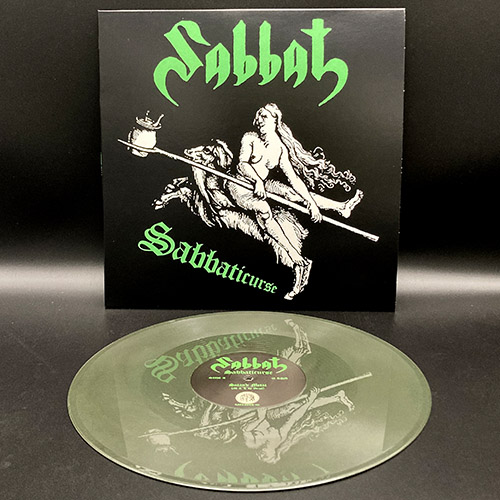 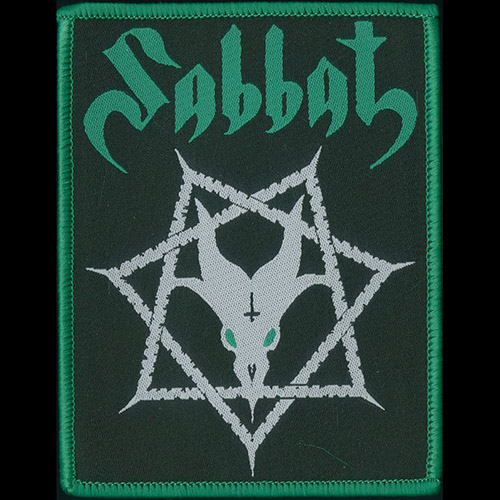 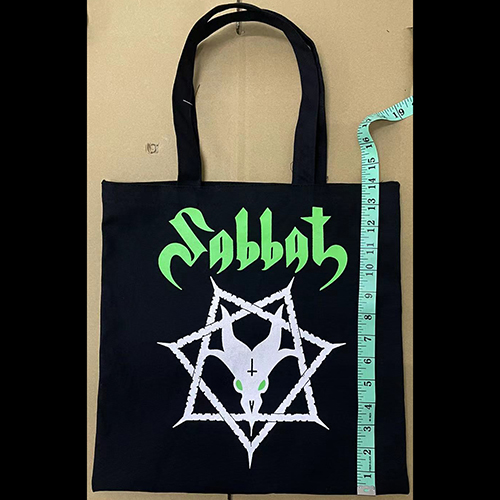 -Die Hard version limited to 200 copies on randomly colored vinyl (mostly olive green)
-Alternate cover art
-14″ cloth tote bag
-4″ woven patch
-ATTENTION: The tote bags were delayed at the factory so we are currently taking pre-orders only. We should be sending out orders by June 30th.
(Description by C. Conrad)

Nuclear War Now! once again teams up with the mighty Sabbat, this time to release an EP of two brand-new tracks that could not be mistaken for anything but metal in the purest Sabbatical tradition. Few if any bands have remained as true to their roots as Sabbat over the course of approximately four decades in writing, recording, and performing, and “Sabbaticurse” reconfirms this declaration with two songs that harken back in both style and substance to the band’s seminal early EPs. Given NWN’s close, long-standing association with the band, and specifically its partnership in reissuing said early recordings via the Sabbatical Earlyearslaught box set, the resemblance of these newest tracks to some of their oldest is fitting. Not coincidentally, this material was written precisely with NWN’s involvement in mind. With its initial release on cassette format and a subsequent vinyl edition to be made available later this year, the music is accompanied by the cover imagery of Houston area artist Daniel “Sawblade” Shaw. All told, “Sabbaticurse” is certain to please the legions of Sabbat maniacs worldwide who clamor for the band’s next output.