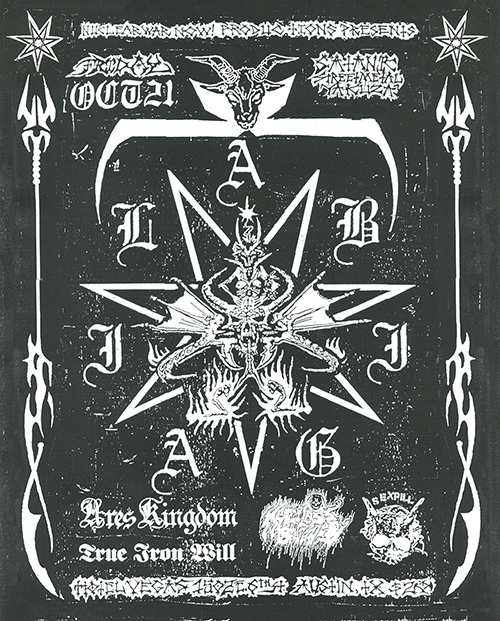 Pre-sale tickets are sold out but there will be some tickets available at the door.

NWN release three new LPs at the gig including the debut album by True Iron Will, demo LP by Merciless Savagery, and an alternate cover version of an Abigail LP. All are limited to 200 copies. Online sales of these titles will commence on the same day.

Posted on September 12th, 2022
Written by Insulter
Filed under Uncategorized