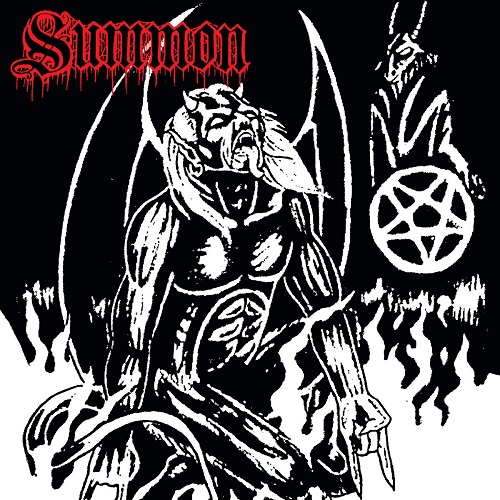 (Liner notes by Sean Peters)
These demos are a book and to a crazy time in the 90s when I was introduced to underground extreme metal. In the summer of 1991 my friend and I Chaz Necromodeus Shoals we’re friends who hung out and enjoyed extreme metal. We got to go to shows and See Bandz like sinister black, fatal, ZOMBIFIED, Lucifers Hammer, extreme bands in the Michigan metal scene and decided to start our own extreme metal band. Chaz was already playing in a band call Black mercenary at time and wanted to venture into extreme death metal. I heard a song called Hell‘s furnace that they were working on and was totally on board. Through the summer we worked on several songs and even had dreams of moving to Florida. We played our first and only show in Lansing with Lucifer‘s hammer, what seemed like the beginning was the ending ultimately. Necro had linked up with Jeff (Thsort) the guitar player from the Lucifer’s Hammer to start masochist. I went for the opportunity to fill-in for Jeff on guitar for hammer. And then that following summer recorded the burning church demo. The band began to fall apart miss shows miss practice I grew increasingly tired of not being productive and joined masochist the end of 1993. Working through that summer recorded a 7 inch for Moribund records and a four track demo entitled nocturnal practices. After the founder Jeff abruptly left masochist due to drug issues we were left with what to do next. So we decided to resurrect summon and proceeding forward with fire turns everything black demo . To me this release is like a book end of a crazy time in US black metal history where in a few years so many things happened. In that time I was involved with wind of the black mountains it’s a project of Jeff and started the idea creating my own side project dark psychosis. this release in capsules the the beginning of the end and a new beginning.

Posted on September 16th, 2022
Written by Insulter
Filed under Uncategorized