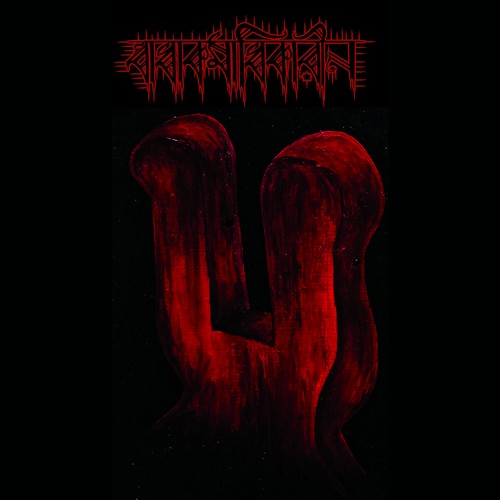 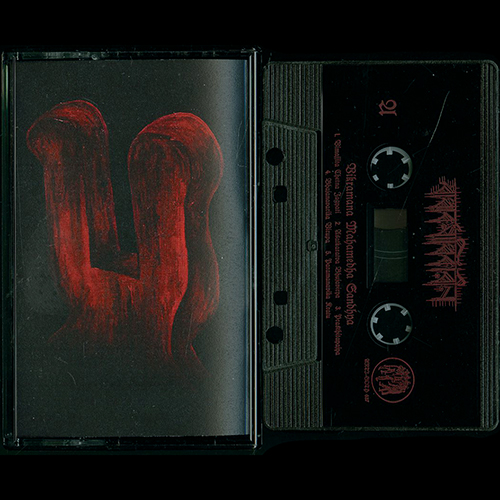 After slowly tuning their ancient oscillators and strategized vibratory attacks of their debut compilation entitled ‘Anvastra Svara Sattaragra’ released initially as a tape by Canadian War Metal label – War Vellum (and later as a DLP by GoatowaRex in 2022), Vadhakarmadhikarin bludgeons the degenerate and unworthy with exceptional sonic turbulence. Their new EP titled ‘Vikramana Mahamedha Sandhya’ hurls Eight radioactive spears from the closed-door chamber of ‘Kolkata Inner Order’ as an ultimate experiment to test the human endurance, both physical, psychological and spiritual.
To sustain the Kolkata Black Metal domination, Vadhakarmadhikarin incarnates itself as a triad, with Kharga transmitting Brahma, Tvashtra transmitting Vishnaw and Aharsha transmitting Maheshwarah energies and are multi-versed in all sonic tactics, ciphers and methods of sonic-warfare assuming different roles for different intentions.
Displaying the ‘Haari Kaath’ (Shakta Sacrificial altar) as their cover, you are instantly reminded of where your head is meant to be placed when the Gods are hungry and then Vadhakarmadhikarin will undertake both the roles of a judge and the executioner of the transmuted-hiveminded-hedonists, in this age of swarming decadence.

Posted on November 17th, 2022
Written by Insulter
Filed under Uncategorized