Perverted Ceremony Tapes Back in Stock 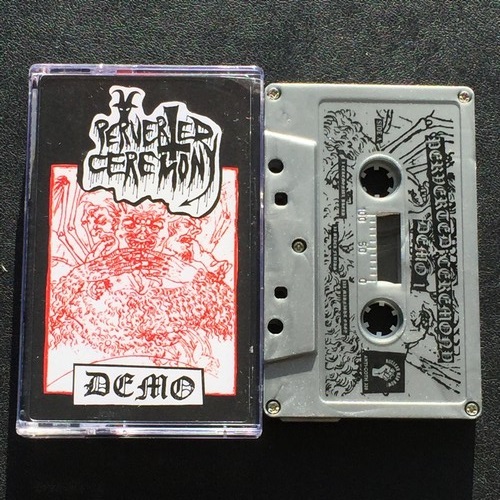 (Description by C. Conrad)
In 2016, it is relatively rare but refreshingly authentic to discover a band that has nurtured its craft and spread its disease through more traditional underground means. Formed in shrouded obscurity in Belgium in 2011, Perverted Ceremony harnessed the ritualistic vitriol of influences such as Beherit, Archgoat, and Demoncy to record its own unique six-song promo/demo during the first half of 2012. Rather than relying exclusively on the ubiquitous convenience of the internet to spread its demented gospel, the band first circulated a handful of dubbed copies of this recording to its closest contacts and then sent a limited number of the same self-released cassette to a few respected underground distros. It was in this time-honored way that the band caught the attention of Nuclear War Now!, who was impressed enough to offer to further the metastasis of a sound that the label immediately recognized as one inhabiting the same infernal spheres as early Beherit and Barathrum. As such, this unholy alliance of band and label was spawned and NWN! now proudly presents the very same “Demo 1” as a pro tape with appropriately updated artwork and layout. Recorded in the evil incubator of the band’s original rehearsal space in subterranean Brussels on analog eight-track equipment, the ceremonial squalor of this demo perfectly matches the truly underground spirit in which it has been disseminated, thus serving as an ominous harbinger of the currently in-progress Perverted Ceremony debut album, also to be released under the auspices of Nuclear War Now! 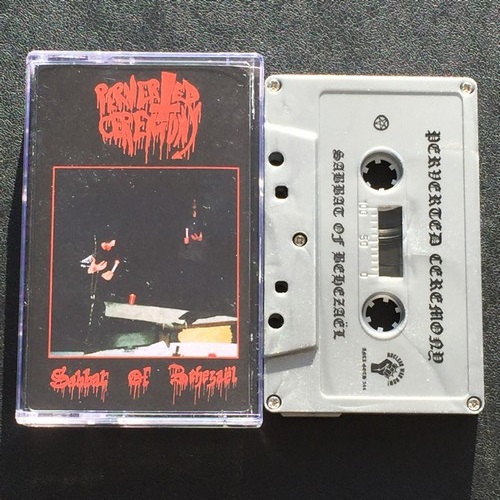 Posted on October 16th, 2017
Written by Insulter
Filed under Uncategorized