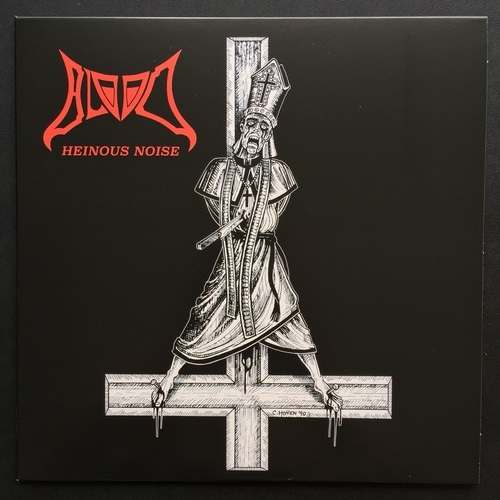 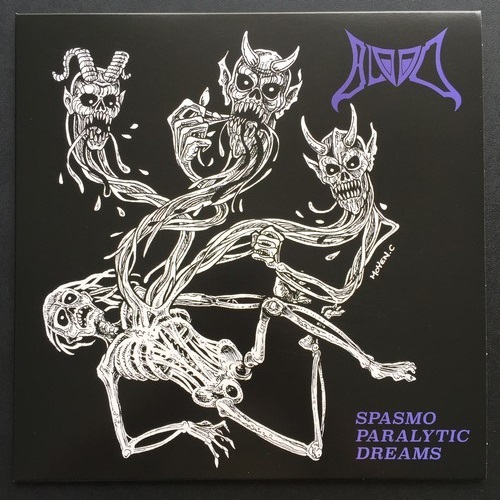 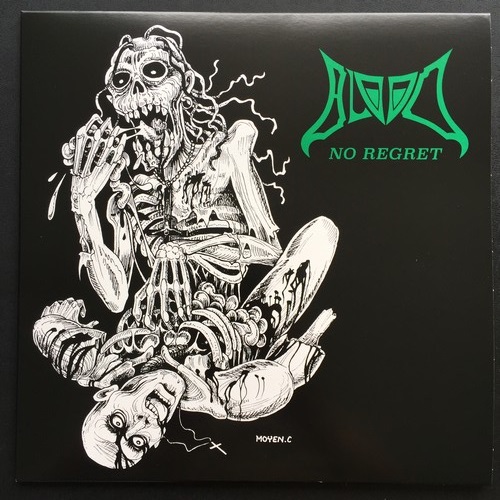 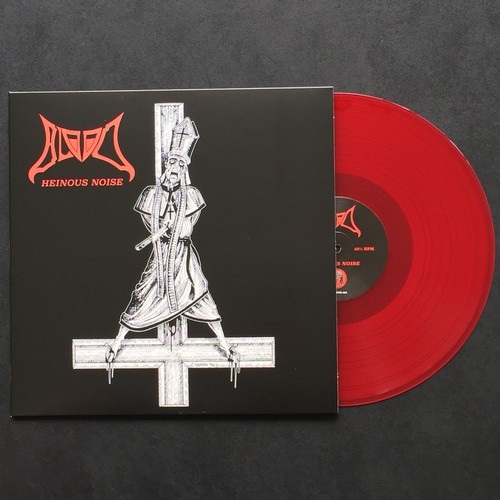 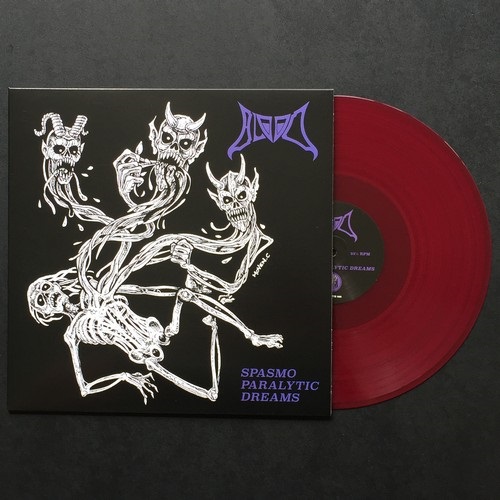 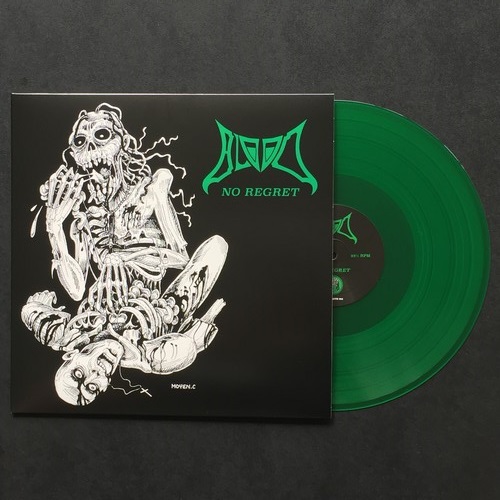 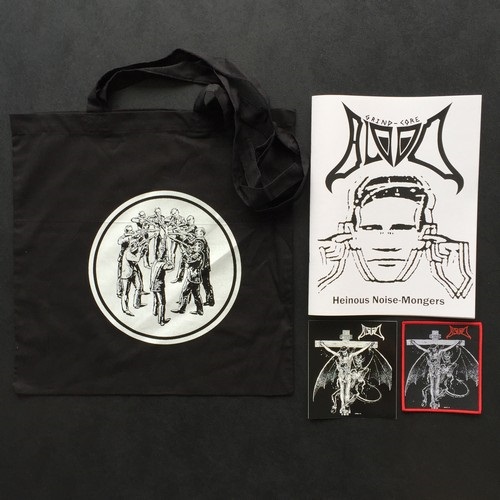 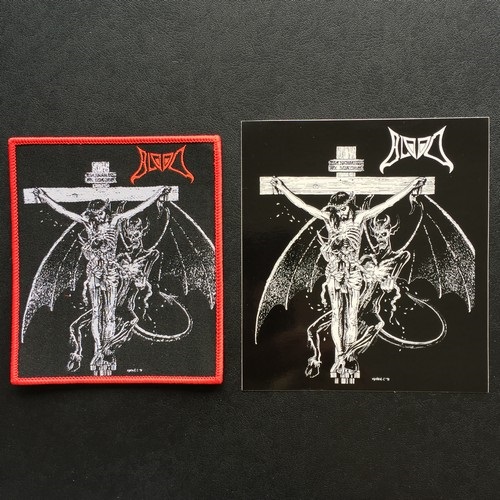 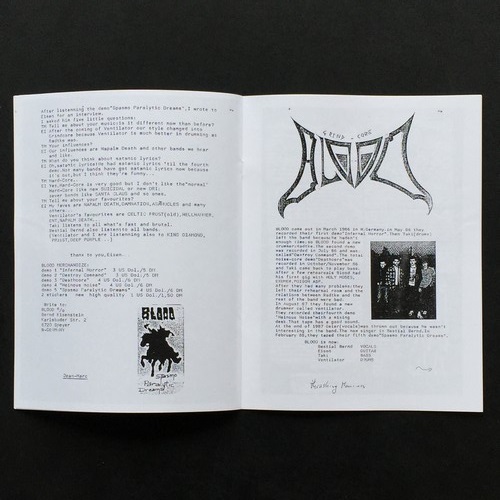 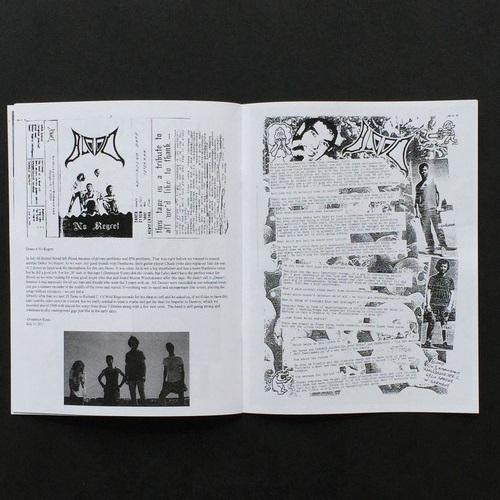 (Description by C. Conrad)
Nuclear War Now! is honored to present the first reissues of the “Heinous Noise,” “Spasmo Paralytic Dreams,” and “No Regret” demos from the legendary Blood (Germany) on vinyl LP format. Blood formed in March of 1986 with the lineup of Evil Radtke (drums), Satanic Taki (bass), Destroyer Eisen (guitars) and Slaughter Geier (vocals). Prior to the release of the aforementioned demos, Blood’s early output was comprised of three demos of raw, primitively unstructured noisecore, representative of a band still in search of its identity. One year after the band’s inception, Blood played its first live show at a rock pub in Zeuturn in support of two renowned German thrash bands, Holy Moses and Exumer, and accompanied by Poison Asp, a band from their hometown. This gig proved to be a turning point in Blood’s development, as it was at this show that the band made initial contact with their future drummer, Ventilator, who joined Blood three months later and brought an added element of talent and a new sense of purpose. The recordings that followed the replacement of Radtke with Ventilator were noticeably different. Although the band maintained the same level of ferocity and continued to write songs characterized by their blisteringly fast-paced tempos, they were much more structured and began to resemble the early recordings of perhaps their most prominent influence, Napalm Death, who had pioneered a similar style of deathgrind with their own demos. The fourth Blood demo, “Heinous Noise,” was released in October of 1987 after having been recorded immediately beforehand. Very few copies of this demo were actually sold, but the band achieved some degree of worldwide exposure as a result of Eisen’s tape-trading activity. Shortly thereafter, Slaughter Geier left the band and was replaced on vocals by Bestial Bernd, who was a friend of Ventilator. With the updated lineup, Blood recorded their fifth demo, “Spasmo Paralytic Dreams,” in February of 1988. Bernd’s tenure in Blood was short-lived, however, as he left in July of 1988, just prior to the recording of the sixth demo, “No Regret.” For this particular tape, vocals were performed by a friend from fellow hometown band, Deathcore, and Destroyer Eisen himself. Following recording these fourth, fifth, and sixth demos, Blood caught the attention of Wild Rags Records, who released their infamous debut album, “Impulse to Destroy,” which was composed primarily of re-recorded songs from the same three demos.
Originally released by the band on a very limited number of cassettes, these demos chronicle the development of a sound that is still revered as one of the most savage in the deathgrind subgenre. As such, it is appropriate that they are now made available to the masses with a presentation befitting of their significance. Each LP jacket features classic artwork from the masterful Chris Moyen as it first appeared on early Blood T-shirts. As always, the utmost in care was taken to ensure the best possible audio, which was sourced from the band’s master tapes and was meticulously remastered by James Plotkin. Additionally, the die-hard edition available directly through NWN! and select distributors contains all three LPs on limited colored vinyl and includes a cloth bag emblazoned with the label’s iconic gunmen logo. All aspects considered, these reissues properly recall attention to these recordings, approximately thirty years after their initial release. 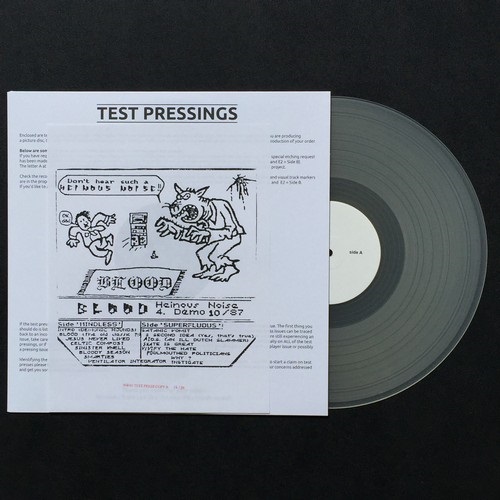 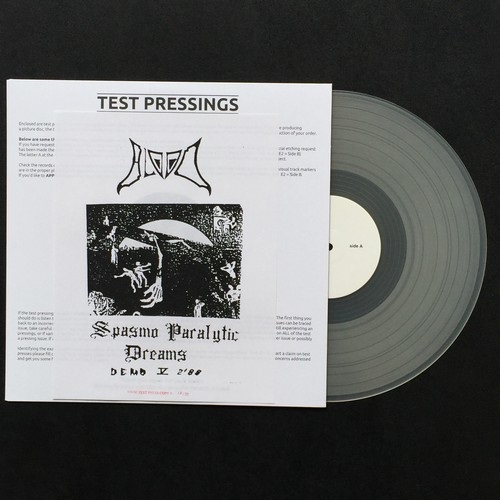 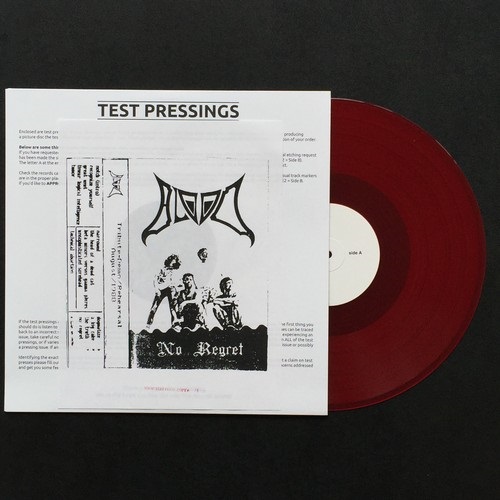