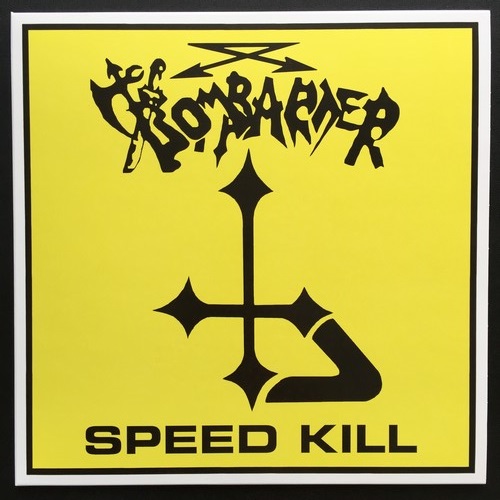 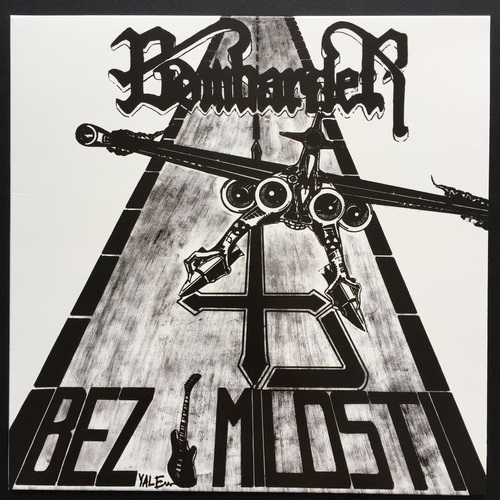 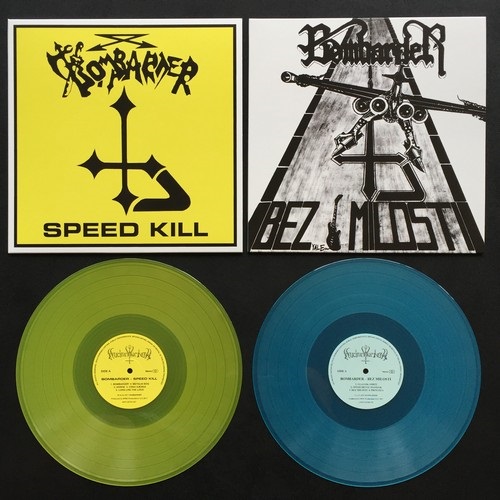 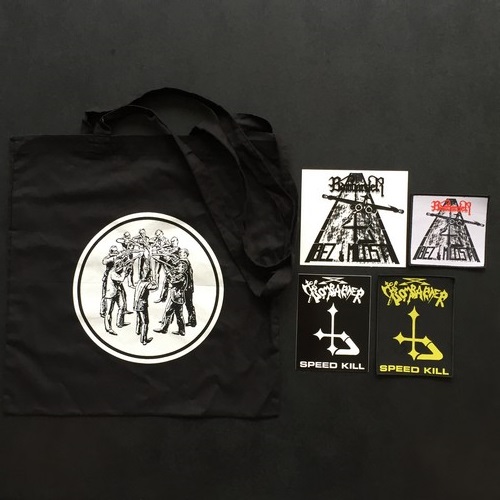 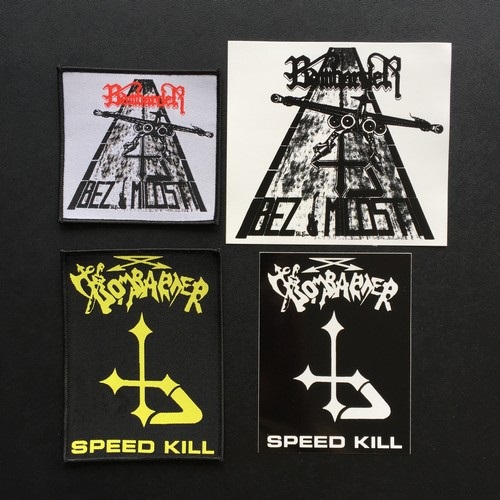 (Description by C. Conrad)
Born under the political strife that led to the Balkan conflicts of the early 1990s, Bombarder formed in Sarajevo, Yugoslavia (now Bosnia and Herrzegovina) in 1986 with the lineup of Nenad Kovačević (vocals), Maho Šiljdedić (guitars), Zlatko Slatinac (guitars), Senad Ljubunčić (bass) and Senad Marava (drums). Although the band played a style of speed metal most heavily influenced by the likes of Exciter and Motorhead, Bombarder never reached the same level of exposure, due in part to their country’s geopolitical isolation and the aforementioned turmoil that had begun to engulf their homeland. Additionally, the exclusive reliance on their native Slavic tongue in their lyrics/vocals likely made them more inaccessible to a general audience than their primary inspirations. Nonetheless, Bombarder eventually gained a sizeable following in ex-Yugoslavia, and the road that led them there began with a healthy dose of live gigging in their early years. In 1989, the band released its first album, “Speed Kill,” on the obscure Yugoslavian label, Panonija Koncert, in a limited pressing on cassette only. Opening with an intro that features the sound of warplanes dropping bombs, justification for the band’s chosen moniker, which was intended to reflect the damage that their music would wreak on the listeners’ heads, is immediately established and reaffirmed throughout the course of the entire album. The music presented on this debut is a very raw style of speed metal, characterized by some of the gruffest vocals in the subgenre and an abundance of catchy riffs that often revolve around a single, repetitively-picked pedal tone, which is a speed metal hallmark. Only three thousand copies of the album were pressed and they sold relatively quickly, considering the band’s low international profile. Two years later, in 1991, the band returned to the same Vogue studio in which the debut was born in order to record their second album, “Bez Milosti (No Mercy),” which was released on vinyl LP and cassette by Panonija Koncert and Explosive Records (also of ex-Yugoslavia). This album was significantly more polished than the first and cemented Bombarder’s status as a favorite of metal fans in the region to the extent that it is considered a cult classic speed metal album in the former Yugoslavia. The style of “Bez Milosti” was very similar to that of the first album but with a greater degree of refinement, improved production, and more variation in song structures. Still present, however, was the strong influence of Exciter, most obviously exemplified by the song “Speed Metal Manijak,” which is a clear nod to the Canadian legends’ first album and title track, “Heavy Metal Maniac.” Unfortunately, full-scale war broke out in the Balkans shortly after the release of “Bez Milosti,” and the band took a hiatus from 1992 until 1995. Tragically, the war also resulted in the untimely death of guitarist Maho Šiljdedić, who had performed on both of the first two albums.
In reverence to these historic documents of Evil Slavic Speed Metal past, Nuclear War Now! proudly presents vinyl reissues of “Speed Kill” and “Bez Milosti,” which include both albums available separately on black vinyl or bundled together on colored vinyl as a die-hard edition. Since the master reels were lost during the war, great care was taken to procure the best sources available and the sound was properly remastered and restored by the venerable James Plotkin. The resulting product is one that calls appropriate attention to two speed metal relics that carry equal potency today as they did when originally conceived. 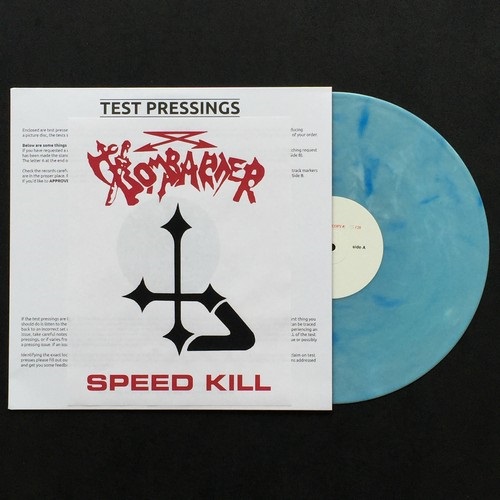 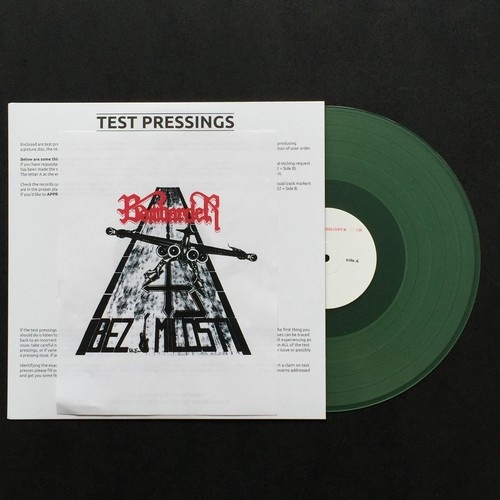