Released by Temple of Mystery (Annick from Cauchemar’s label). 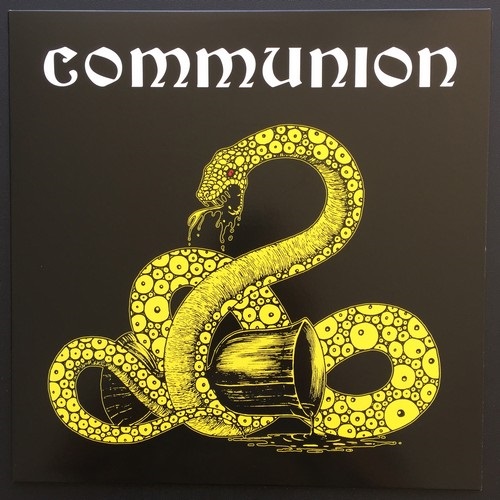 Originally released in 2010 on CD by Proselytism records and released for the first time on vinyl and cassette by Temple of Mystery Records, COMMUNION “Communion” is a flawless EP loaded with devastating evil metal riffs comparable to early SLAYER, SODOM, BATHORY and SARCOFAGO. Deathmessiah’s sepulchral evil metal vocals paired with his face melting bestial solos will crush you with absolute power! A reverb-soaked South-American Black Metal gem that should be on the shelves of every worshipper of 80’s witching black and thrash metal classics. 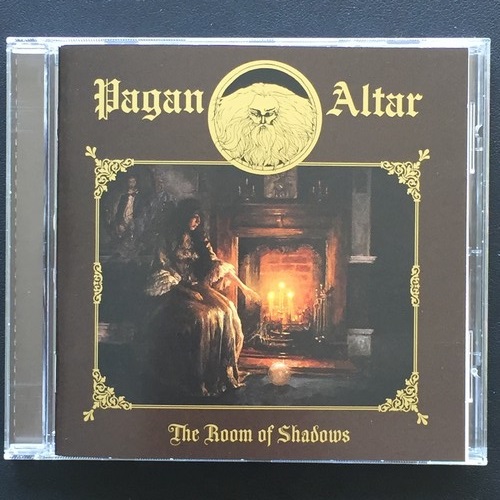 Pagan Altar are one of the most complete and mystical bands to have emerged from the NWOBHM movement. Mixing 70’s proto-doom elements with English folk, hard rock and heavy metal, they wrote some of the most grandiose songs of the genre on the sinister “Volume 1” – and more recently, “Lords of Hypocrisy” and “Mythical and Magical” – influencing a whole generation of doom-obsessed fanatics.
Originally written thirteen years ago, “The Room of Shadows” has gone through various shapes until finally being completed two years after the tragic passing of their beloved frontman Terry Jones, who had been bravely battling cancer for a year prior. This album is not only Pagan Altar’s last record, it also Terry’s very last vocal performance, and picks up where Mythical and Magical left. Admirers of their previous works will be pleased to hear that this album is just as timeless, with its epic hard rocking riffs and enchanting, poetic macabre lyrics of olde. And thus closes the Pagan Altar legacy; which will be with us after forever…

Posted on September 18th, 2017
Written by Insulter
Filed under Uncategorized