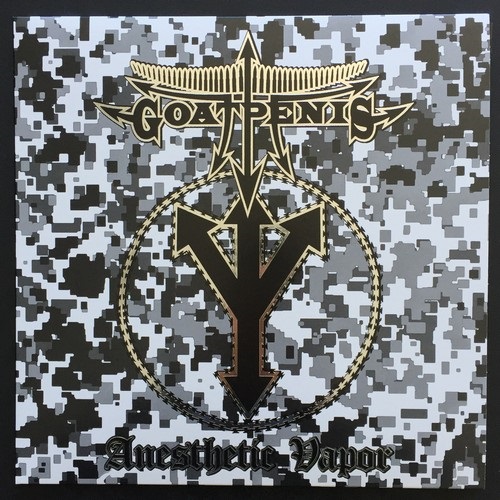 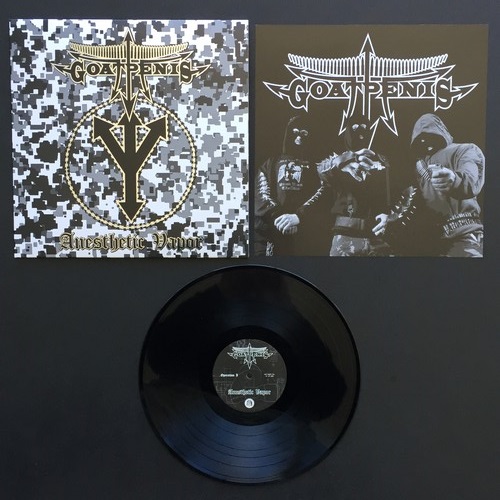 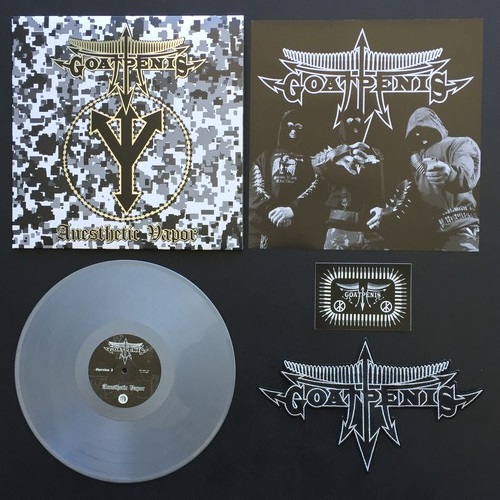 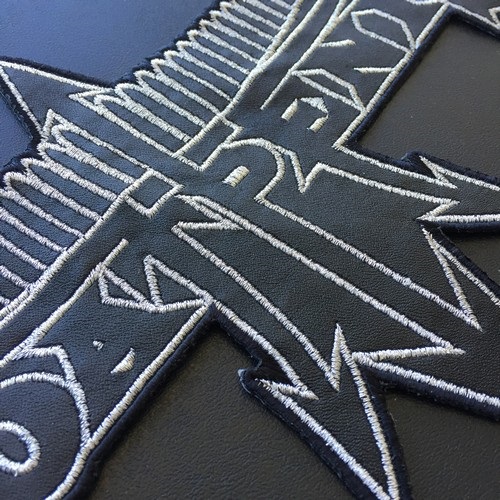 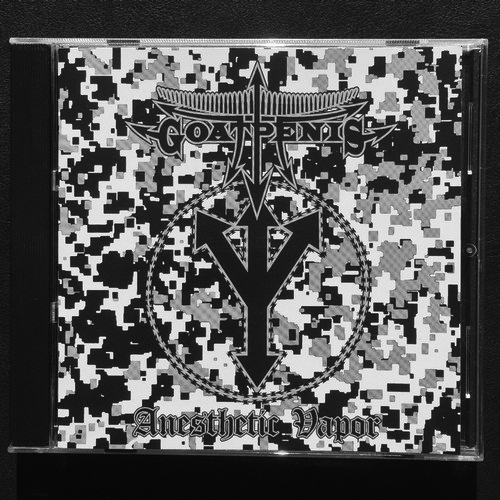 (Description by C. Conrad)
Through its output over the past twenty-five years, Goatpenis has rightfully earned its reputation as one of the most venerable black metal bands in existence. Hailing from the Santa Catalina region of southern Brazil, and following a relatively brief stint as the death metal act, Suppurated Fetus, this cult resumed its homeland’s legacy of bestiality first established by Sarcófago, the band’s ancestral compatriots from the Minas Gerais region to the north, with its earliest demos, “htaeD no tabbaS,” “Blessed by War,” and “Jesus Coward,” in the early 1990s. After a period of several years of lineup changes and intermittent hiatuses, Goatpenis redefined its sound and aesthetic with the release of its debut full-length, “Inhumanization,” in 2004, and the band subsequently released four more albums over the next decade and a half.
Beginning most obviously with the 1993 demo, “Blessed by War,” and continuing on through to its newest, sixth album, “Anesthetic Vapor,” hereby fittingly offered under the auspices of Nuclear War Now!, Goatpenis has championed the inevitable reality of human self-annihilation, thus earning its place among the few atop the mantle of black war metal. Whereas the term “war metal” is often used as a misnomer in reference to any generic bestial black metal band, Goatpenis is one among a scarce number of acts who actually embody the spirit of the label in all aspects of the music’s thematic content, songwriting, and execution. “Anesthetic Vapor,” the current culmination of the band’s violent trajectory, reaffirms the application of the war metal badge throughout. Rife with the militaristic cadences of tracks like “Carnivorous Ability” and the anthemic, yet destructive progressions written into songs such as “Humanatomy Grinder Chatter Studies” and “Machiavelli Reputation – Chapter XVII,” the album both perfectly foretells and welcomes our own orchestrated demise. Of course, present throughout are the characteristically sadistic vocals of Sabbaoth, who is joined on guest vocals by Nocturnal Grave Desecrator and Black Winds of Blasphemy cult, one of the original Gods of War.
In this day and age, as global political tensions rise daily and exponentially, and threaten to result in the self-induced extinction of humankind, “Anesthetic Vapor” heeds the call for war and celebrates it.

Posted on October 22nd, 2017
Written by Insulter
Filed under Uncategorized