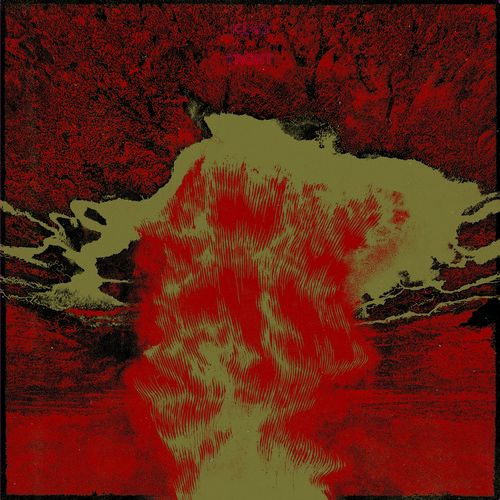 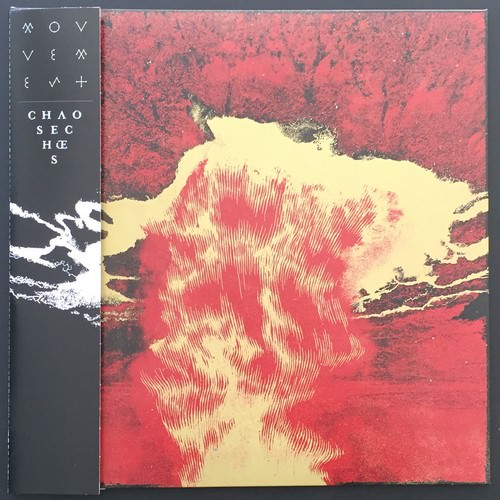 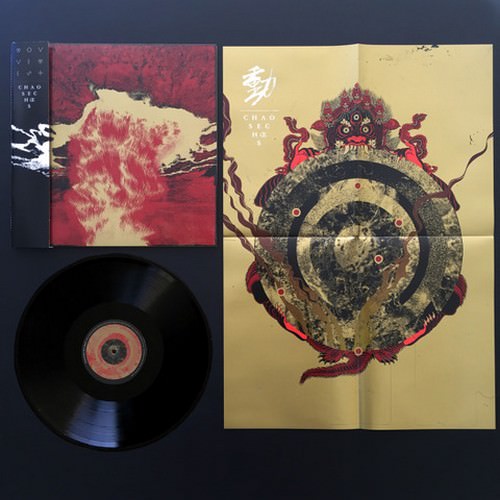 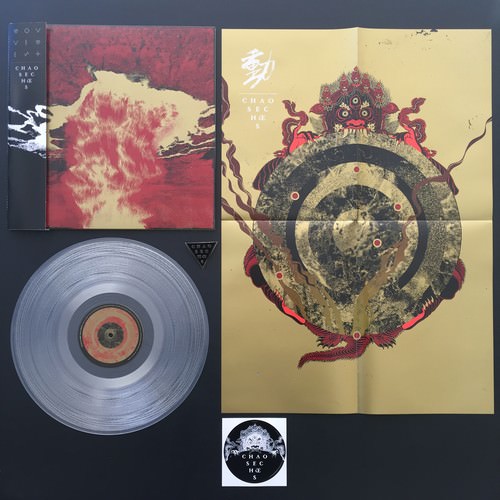 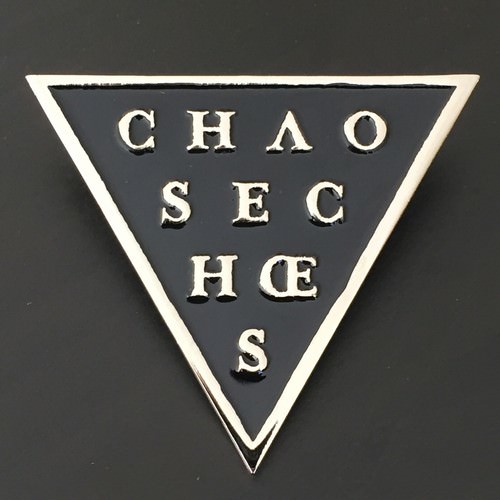 (Text by J. Campbell)
With the 2015 release of their debut album, “Transient,” Chaos Echœs established themselves as not only one of the most unique bands on the NWN! roster, but one of the most truly innovative bands in the underground metal scene at large—a status reinforced with the release of their second album, “Mouvement.” Chaos Echœs continues the psychological and spiritual explorations pursued with their previous works, but whereas the focus of “Transient” was on the individual and the internal forces operating within, “Mouvement” explores the effect of the external on the self—the sharpening of the individual will against the coarse whetstone of world. The music traces a narrative arc, and, other than the break between the sides of the LP, the segments of the composition are seamlessly merged together to create a single piece of music. “Mouvement” begins with a frantic maelstrom of serpentine guitars coiled into a tight knot of anxiety and claustrophobia. The atmosphere is hostile and unsettling. As the first side of the LP progresses, the tension is brought to a boil and then dissipates, carried by an undertow of melancholy into a sea of anguish. Here, the band demonstrates its unique ability to orchestrate dissonance, to weave the frayed threads of entropy into a sprawling and bleak tapestry of emptiness. As the side closes, the mood becomes detached and introverted, a tangle of melodies set adrift in a cavernous bed of reverb draped across a lopsided frame of freeform percussion. The second side of the album opens with the band moving in unison around a snarling riff. It is a willful confrontation, a display of strength in the face of the corrosive forces all around. By the midway point of the side, however, the music becomes repetitious and hypnotic. The cacophony that characterized the earlier portion of the album evaporates into a hazy, ritualistic trance as the individual transcends the world around him. Voices cut through the miasmic field—chanting, conjuring, summoning—guiding the album into a more meditative space. As the side ends, these voices are all that remain. “Mouvement” was meticulously composed and painstakingly recorded, mixed, and edited over the span of two years. The band’s attention to detail is apparent and the impact of the album is stunning. As on “Transient,” the tracks on the new album are structured and stitched together into a larger form such that the whole is greater than the sum of its parts. And as with all Chaos Echœs releases, the accompanying visual artwork, created by Stefan Thanneur, is as magnificent and intrinsic to the impact of the release as the music itself.

Posted on January 24th, 2018
Written by Insulter
Filed under Uncategorized